The Hold of Belkzen is a territory with shifting borders. It can however be approximated using natural border formed by moutain ranges and harsh climates as well as human-drawn militarised borders meant to contain the incessant raids of the orcs from the Hold. To the west and north, it is bordered by the Kodakar Sky Islands, a spur of which ventures inland of the Hold. To the north-east, the Tusk Mountains for a partial border between the Hold and Ustalav. The remaining eastern border of the Hold is delimited by Ustalav's and Lastwall's respective militarised borders. Finally to the south, the Mindspin Mountains for the last border of the Hold.

The Hold has no governmental body. However, that does not mean it is without structure.   There are two notable influences on the goings on inside the Hold. The Council of Knowing Orcs and the Endseers. One advises clan leaders on administrative maters, the other advises clan witches on spiritual matters.   It should be noted that this influence is mainly on Seed Clans. Legacy Clans not having witches do not require advice from the Endseers but in the case of some legacy clans which have a leader, they may seek the advice of the Knowing Orcs.

The Council of Knowing Orcs

Permanent residents in Urgir, The Council is sought after by clan leaders in need of advice. The Council is composed of orcs who are unable to fight whatever their circumstances may be. They can be brought to Urgir or simply have been there their whole life in order to enter the council.   The Council can only advise on military and advisory matters. It can also refuse to advise anyone who requests them either partially - meaning some of the Council will meet with the one who sought them out - or total, the audience is refused altogether.   In order to protect the Knowing Orcs, a custom clan, neither Seed nor Legacy was formed. Originally the legacy clan which formed the first council, the Empty Hand Clan then became a clan dedicated to protecting the council which would receive new additions from the surrounding Seed Clans' champions and elite fighters. The same way that the Knowing Orcs receive new additions from surrounding clans, the Empty Hand gathers elite orcish warriors who will dedicate themselves to protecting the Council.   The Council however holds no power to enforce their word, they exist solely as a source of advice and experience for leaders who may lack it. After having given their piece, it is up to the person to do as they will.

Much like how clan leaders can seek out advice from the Knowing Orcs in Urgir, so too can witches seek out advice from the Endseers. A reclusive clan of orcs who live in the Brimstone Haruspex in a caldera of a still active volcano in the Kodakar Sky Islands.   The Endseers huff the sulfuric fumes of the volcano in order to spin prophetic tales and advise clan witches on spiritual matters. They also have a role in awakening clan witches to the full breadth of the orcish collective unconscious. A burgeoning witch (that is to say any orc whose connection to the collective unconscious is significant enough for them to begin enabling clan rituals) will feel compelled to go to the Brimstone Haruspex where they will be awakened by the Endseers. The exact details of this ceremony is a closely guarded secret of the Endseers which they keep even from the very witches they awaken.   Where the Knowing Orcs are vaguely apolitical, the Endseers are very much engaged in the politics of the Hold. Though lacking in militaristic power, they often use superstitions and the threat of curses to enforce their agenda through the seed clans of the orcs. However, perhaps due to their reclusiveness or the lack of enforcement beyond immediate threats, their control over the Hold remains as limited as the Council's.

Originally dwarven conquered land, the Hold was taken back by the orcs following the Battle of Nine Stones, where Belkzen defeated the dwarves and took their Sky Citadel of Koldukar and renamed it to Urgir. This began The Reckoning, a time period during which the orc hordes took back the land they had been displaced from after first arriving upon Golarion's surface and in so doing ousted the dwarves from the territory that would become the Hold of Belkzen. After taking and renaming a lot of dwarven possessions, the orc hordes disbanded, adopting no large scale societal structure but instead falling back into their natural way of organising themselves by independent clans.   In 3205 AR, Tar-Baphon the Unliver, as the Whispering Tyrant is known in orcish, begun his conquest of the Hold. He brought the orcs under subjugation and assimilated them as part of his army. This marks the beginning of The Cold, a six-century long era of subjugation under the lich's reign which will end when Tar-Baphon is defeated by the Shining Crusade.   After the Cold, the orcs once again returned to independent clans, however the trauma of the past 600 years and the wide-reaching political and cultural consequences of Tar-Baphon's reign over the orcs will last for generations to come.

The Hold has no unified military. Rather it is composed of disparate clans which have only all been united under the same banner twice in History. The first was under Belkzen Uelaz or Belkzen The Leader, who united the orc clans against the dwarves and ultimately drove them back into the Darklands, whence both dwarves and orcs had come from.

The neighbouring nations to the Hold consider themselves in a permanent state of war with the Orc clans within it. While orcs themselves don't typically seek to conquer and colonise, their constant raids and brutal battles they engage in for survival as a remnant of the Sacking has understandably attracted bad attention from their non-orc neighbours, which were never really keen on orcs in the first place.   These already rocky relations escalated following The Unliver's reign during the Cold and his defeat as the newly liberated nation of Ustalav found itself sharing its territory with the newly free orcs. This began a border conflict as Ustalav both attempted to drive the orcs back into the Hold and reestablish it's ancient border. Similar tensions rose to prominence when the country of Lastwall was created by the paladins of the Shining Crusade, out of the need to guard the seal which kept Tar-Baphon in his defeated state and out of fear that the orcs, remember as his army would lead retaliations and attempt to free him.   Despite the lack of communication and strong stigmatisation of the orcs as barbaric brutes only interested in bloodshed in non-orc nations, there are human settlements existing in the Hold. Both Trunau and Freedom Town have managed to adapt in order to coexist with the Orcs. Trunau by defending itself with a ferocity which the orcs learned to respect and Freedom Town by welcoming orcs in trade for the resources they require, eliminating the necessity for a raid to occur altogether.

The inhospitability of the Hold's terrain makes the widespread agricultural practices scarce. Lacking both extensive knowledge and the infrastructure for agriculture and industry, this very scarcity is what drove the freshly surfaced and unwelcomed Orcs to a raiding lifestyle during the Sacking.   It was after Belkzen's revolt, when the first legacy clans settled in reclaimed dwarven fortresses that the first forms of orcish agriculture and industry begun. Using and reverse engineering dwarven and human infrastructure, legacy clans were able to specialise in trades and ensure their survival by producing the goods required by seed clans.   Due to the the higher preservability of ore and metals compared to food, however, agriculture remains scarce and few are the orcish settlements able to provide for more than just themselves.

Seed Clans often capture mounts to facilitate in carrying cargo and moving to and from settlements to raid or trade. Their movements may seem chaotic at first but orcs have an instinctive sense of orientation, particularly for finding other orcs and orcish settlements. The soil of the Hold can be noticeably marked along certain paths to the major settlements, for the keen observer.   Seed clans may engage in trade while on travel but most often trade is conducted at a specific settlement. For instance, if a seed clan decides they are wanting to commission metalworks, they will begin a trek to the Foundry in order to engage in trade and commission with the Steel Eaters who work the dwarven-engineered forges there.
Founding Date
In -3708 AR, following the Battle of Nine Stones, when Belkzen seized Urgir (then named Sky Citadel of Koldukar) from the dwarves.
Type
Geopolitical, Country
Capital
Urgir
Alternative Names
The Reclaimed (Orcish)
Government System
Anarchy
Power Structure
Autonomous area
Economic System
Barter system
Official Languages
Organization Vehicles
Related Ethnicities
Related Myths

Articles under Hold of Belkzen

You always impress me with how well thought out your articles are. Particularly liked the Endseers. Yay orc witches! 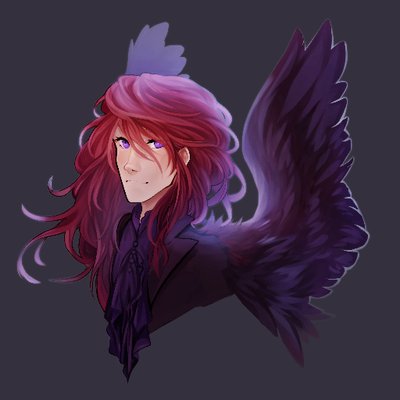