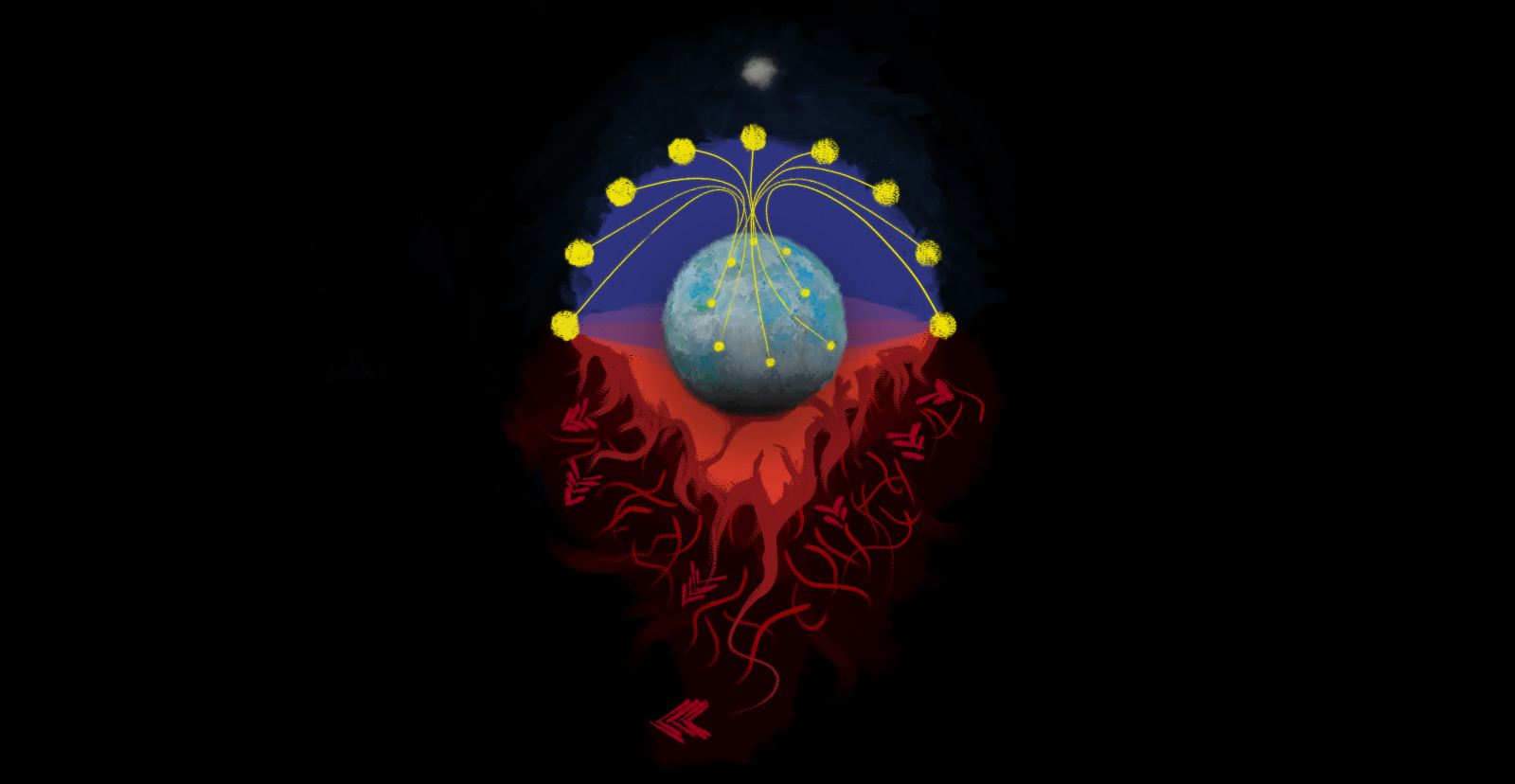 Halûme is, in short, everything that Is. It is all that On formed throughout the timeless ages. Every creature and plant, every realm, every speck of dust and packet of energy exists within Halûme, and indeed is Halûme.   If this is the case, what is the value of such a distinction? The answer to this question lies in the nature of the Nameless One. Before the Nameless One was called so, Halûme did not have such a name. It was only after the Betrayer shattered the heart of Sudar, On's world-child, that they were cast from creation. In that place, absent of both light and darkness, the Nameless one resides still, forming monsters in their own likeness. Thus that absence is called the Howling Void, the uncreated, thus the only place (if such a distinction is even valuable) outside of Halûme.

Halûme contains no one cohesive geography, nor could such a term be used to realistically describe its nature. In a way, it could be said that all geographies, indeed the very idea of geography itself, exists within Halûme. Better classification can be found by referring to the subdivision of planes within.   Listed below are the planes that exist within Halûme: