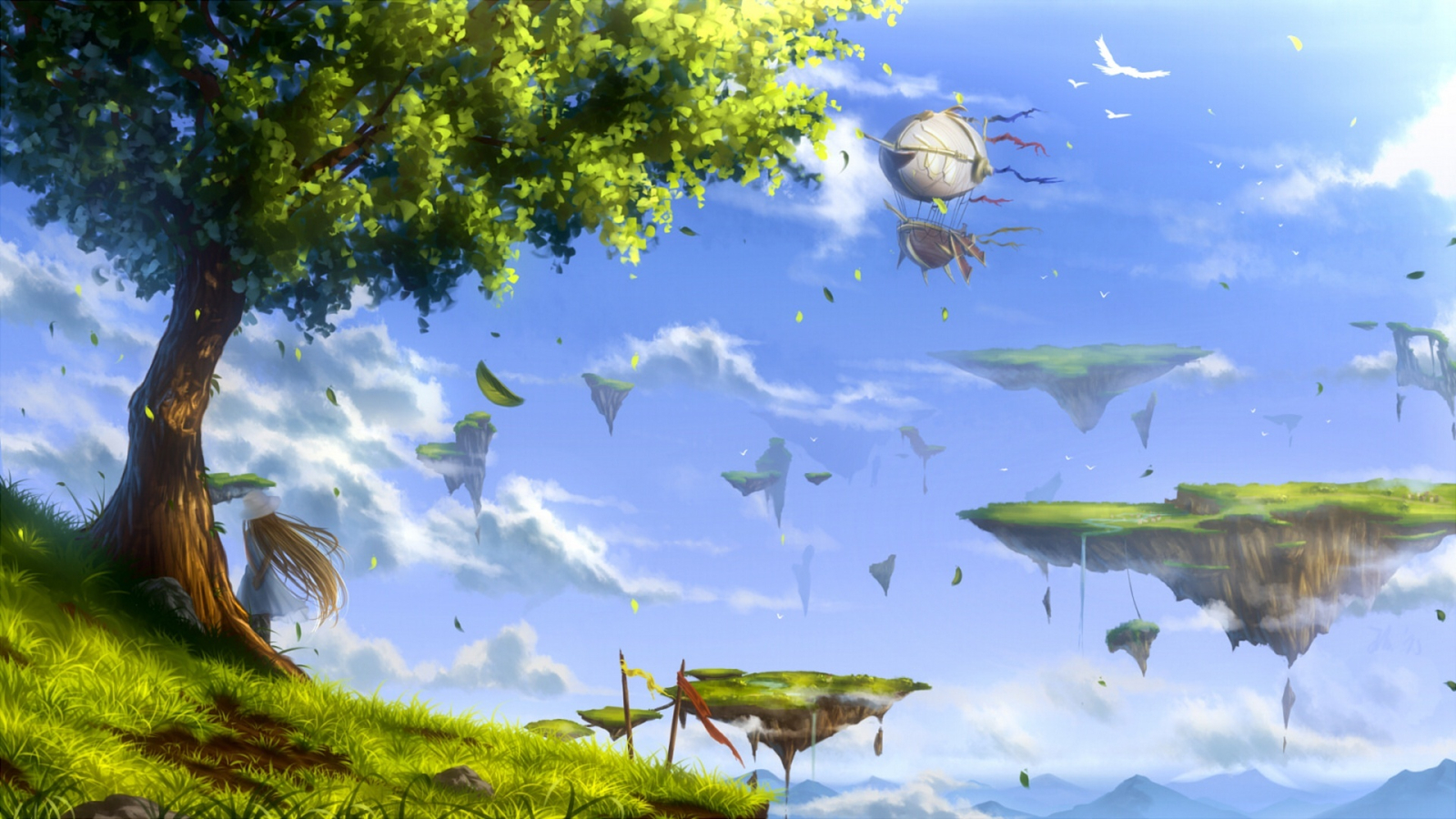 The Great Dream, a world of magic, wonder, and mystery. It is a place of chaotic beauty, defined by the forces of creativity. Drifting on ethereal currents, clusters of floating islands harbor intelligent life. Each of these worlds was created by a lucid, people with the power to reshape the chaos of The Dream. 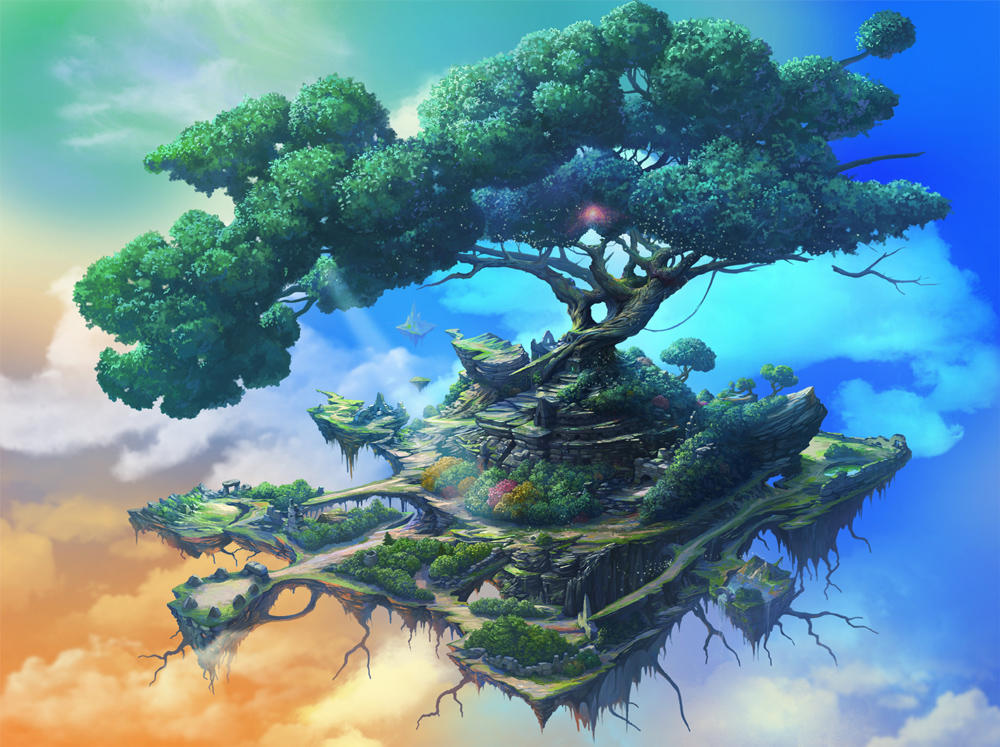 by Hofarts
A world is the perfect reflection of a lucid's persona and a complete expression of their self. Between the worlds is The Void, an ever-shifting prismatic sky where life and creation manifest in strange and beautiful ways.

She floated there, a glow in her chest, she took a deep breath and unfurled her soul.
— The Manifesto of Heria

Drifting on the winds of the void, worlds offer safety from the chaos of The Void. These places offer the continuity that life needs to thrive. Civilizations rise and fall, creatures evolve. Often after creating a world lucid will lose their immortality and settle down as rulers of their creation before rejoining their essence with The Void.

Between the worlds, the cosmos is a much less predictable place. Lone Islands house the wreckage of lost civilizations and odd flying creatures migrate across the prismatic expanse. Some of these mystical places are the leftovers from destroyed worlds, while others are temporary manifestations of the chaos of the universe.

Between the worlds intelligent life is scarce, but the dwarves of The Void have been able to create a thriving civilization off of trade and travel. Dwarves are not alone as void dwellers, the bird-like Tengu live in flying communes and nagas dwell in the ruins of their ancient civilization.

At the edges of the void, the vibrant colors give ways of complete darkness. In this primordial night, aberrant and evil things dwell. These malevolent minds wish to kill the Lucids and consume the essence of The Void. The Deamons lords plot and plan enterally, sending their minions into the Dream in pursuit of lucids and magical secrets.

Sometimes worlds will drift into the Darkness, either by mundane means or as an effect of the world being corrupted by a Deamon Lord. These places become twisted reflections of their former selves. Only three hell worlds are known to exist; Araborea, Retex, Algoria. Some like Retex are deep in the Dark lingering there from an ancient era, others like Algoria are returning to The Void, dwelling in the twilight region between light and dark. These places are places of dark secrets and evil arcane knowledge.