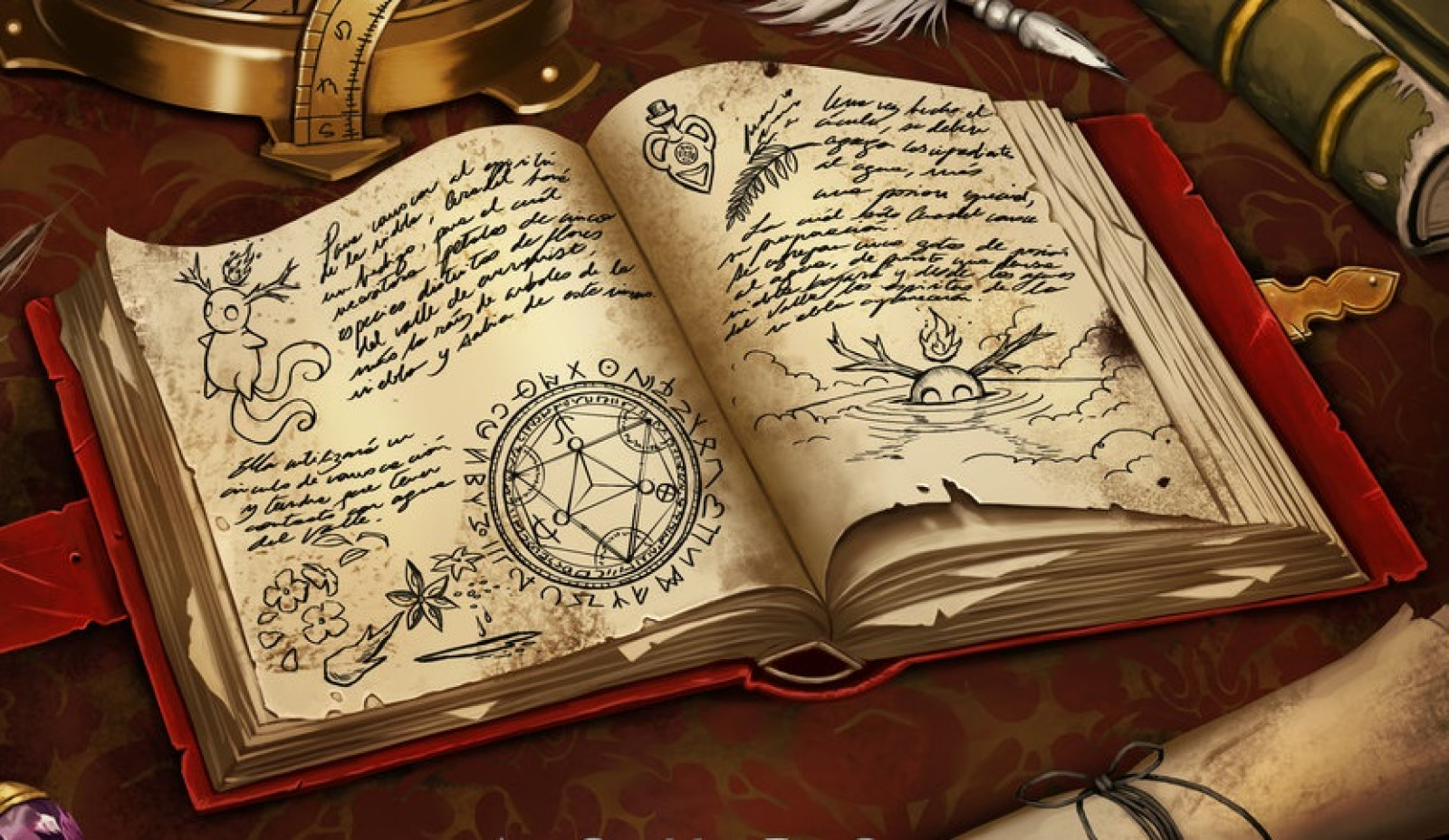 Document written by: Da Livie   Order to obtain the document: [Green]   Content: This document will show how magic works and its fundamental rules.

To understand magic, we must understand where it comes from. Magic is the energy of souls. Soul energy cannot be gathered by traditional means, this is because it comes from a different dimension commonly known as The Realm of the Dead. The realm houses all of the souls of every living creature that have died. It is confirmed that each soul has an equal amount of energy (roughly 0.5 volts), which means a human soul is equal to a bacteria’s soul. To access magical energy, a species must be able to use their soul as a gateway to the realm of the dead, that way they can harness the realm's energy. Currently, there are only four species in the galaxy that are able to use realm's power, which is humans, Droger, hive gods, and enhanced humans. Once the user accesses the realm, they would be able to construct something using the realm's energy.

HOW TO USE IT

To use magical energy you must convert something into magical energy. For safety, the magic-user must convert the air around them. If they use themselves, they will transform themselves into magical energy, which means the user would enter the realm of the dead. Making the user unable to come out. Once a magic-user converts the air into magical energy, they can do what they want with it. However, if a spell they want to conduct is already done (for example shooting fireballs out of your hands they must replicate that movement or saying the phrase to create that spell. Using magic will use the magic user’s stamina. The stronger the spell, the more stamina is required to use that spell. Not having enough stamina would prevent the user from using that spell.

Blessing and Enchanting follow the same rules but are different from one another. Blessing is an act to make an item better than it already is. For example, making a knife sharper. Enchanting is an act to add something to an item. For example making a knife also be on fire. Blessing and enchanting do different things, but they require items to make it be blessed or enchanted. For example, if the user wants an item to make frost attacks, they would need a bucket of ice. A user can only bless and enchant items that are not biological since that requires a different method known as cursing. You can only bless and enchant an item once, adding more blessings and enchantments to an item would make the item unstable from all of the magical energy, and would randomly explode in a five-meter radius, spitting out high doses of magical radiation.

Cursing magic is an act to make biological material affected by magic to be better or worse. Similar to enchanting and blessing but more complicated, because it would usually require more materials and magical energy. Cursing is either forgotten because of its difficult, or by having any document on how to curse removed from every galactic civilisation for being dangerous to the individual.

Magic has many rules. These rules are.

"Magic" creatures cannot use magical energy. However, they are able to use their own soul to lightly tap into the realm of the dead. Using their own soul is dangerous since it will shorten their life expectancy. These creatures are Kits, Angels, Demons, and Undra.

To measure the amount of power that is produced using the spell. People use the formula P = S x 0.2 - T. Power (temperature, and volts) equals souls used times 0.5 volts take seconds. This formula is used to measure the power produced by the spell.

Some areas in the galaxy, magic is either weak or none existent. If a planet is full of life, magical energy would be intense. While space will have almost zero magic energy to be used because there are no life forms.

Will be very funny if an person will have the ability to take magic energy from someone else soul ,this person probably will pull out an 2 week old pice of cheese and say "I HAVE THE POWER OF THE GODS "(if he got in a spital and take the soul power of all bacterias there he will became imortal, an god or something like this )

That would be funny, but becoming a god is in the realms of cursing yourself. It’s going to cost a lot more then a 2 week old cheese to make you a god like being. It’s possible but very difficult.

An a human body are more bacterias that humans on the planet, ifor an bacteria and a human have the same amount of soul energy (or power, how to call it?)this means that he can take an power of over 70000000 from one single man (and don't kill the man, practical help can do it to himself and take this power ) if the power of all the humans isn't enough he can take the life of all bacterias from a planet (or if he is enough to rich to buy a planet and put garbage all over it and after some years take all this souls from the planet )and of it isn't enough to make him a god he will still became very powerful (and character that will can do this will be pretty powerful, beter don't make someone to have this power, or if you make one like this make an limitations on how his soul taking power work )

The only limitation they have is their stamina. If they have lots of stamina, they can do some crazy shit with their magic.

Hey, I rather like your system. It's nature is scary similar to my own. O-O   A question I have is: How long a range can you Enchant/Bless something? Because making items into bombs with 5 meter radius explosions seems pretty useful. Just throw a previously enchanted item and then remote-enchant it from a distance.   If you wanted any typing help, then I suggest that you change "Messuring" to Measuring" and for the limits of Magic say "These Rules are:..."   Good article. I like it.

The reason why people don't make these types of magic bombs is that of three reasons, resources, unpractical, and time. It takes a lot of energy and items to make blessings and enchantments, which is better spent on making bullets are armour. The other thing is if you make two blessings in one item, you can't tell when it will explode, which makes them weapon unsafe and impractical. It also takes a lot of time into making blessings and enchanted items, it could take hours or months to achieve it depending on the complications.

"To understand how magic works. We must understand where it comes from. " This sentence should have a comma, not a period. Now it reads very weirdly.   Likewise the following sentence "Magic is the energy of souls, that energy cannot be gathered by traditional means. " also reads very weirdly. Either put a period in there and make them two sentences or rewrite the whole thing.   In fact the more I read of the article the more odd things I find. Try reading out the sentences aloud to yourself and make them sound more like natural speech because at the moment your sentences are oddly segmented and split apart where they really shouldn't be, which means that me as a reader struggle to follow the narrative.   Here's an example:   "Magic has many rules. These rules are. Magic cannot affect time, making a time control items or spells will do nothing. "   I would write this as
Magic has many rules. These are rules are:

The whole article is very incoherently written, which makes it hard to progress through. The stuff you have here is good though, I like that there are specific rules to things, but it makes me crave to know *why* these rules exist. Why can you not enchant a stick? What prevents you from doing so? Why does an item explode when blessed twice? Why 5 meters? What kind of radiation?   I like what you have started here, but see if you can go through it and work on your sentence structure, and explain a few things a bit more. Good luck!

I did some editing and I hope its better than last time if its still weak I would like more feedback. Now for questions.   These rules are more like the rules of gravity in the world, It exists because it's a part of nature.   I was meaning a wooden stick, my wording did cause confusion and I hope I fixed it up. But the reason why you cant bless or enchant a wooden stick its because it's a biological material, that will go into the realms of cursing then bless and enchanting.   Five meters is the kill radius, it happens by too much magical energy in one small area. It's like having a lot of pressure in a ketal.

I like the general idea of the magic system, it does seem a bit chaotic as it is written up now. The layout makes it tough to read. Maybe try breaking up the article with some formatting and a couple of pictures. Some of the smaller paragraphs could be moved to the right part under the box, this would greatly help the overall structure :D