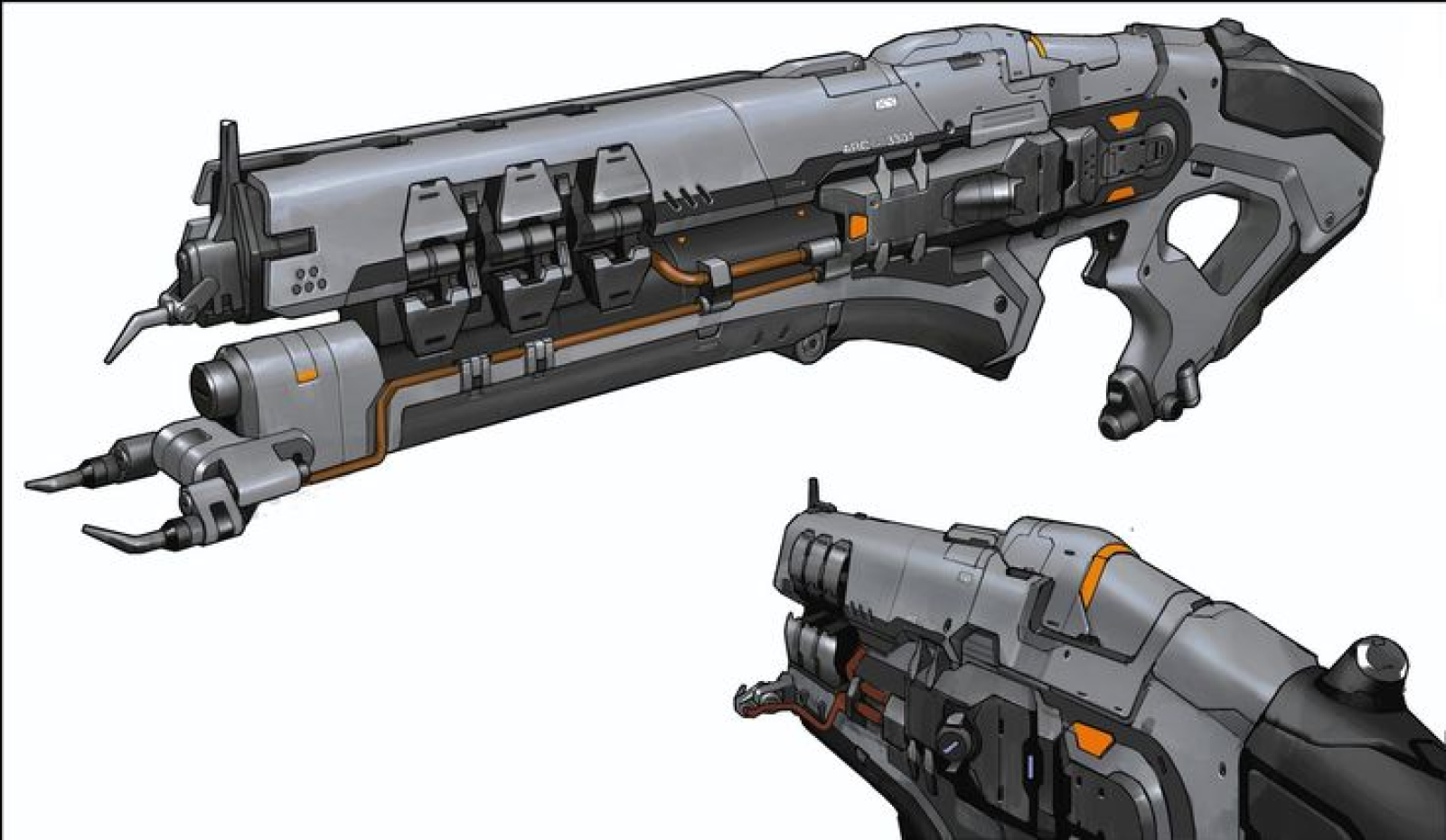 The Beam rifle is an Imperium standard issued energy rifle, designed to take out organic or lightly armoured vehicles. The weapon utilises the full potential of energy weaponry, injuring the target using heat or electricity.   The weapon has the following specifications:     The weapon is slim and comfortable to use during combat. The weapon is criticised for working poorly in wet and damp environments, making the weapons vents that keep the weapon cool to clog up. It is also noted that the weapon needs weekly cleaning to prevent the weapon from overheating when in use. If the weapon's barrel is damaged by any means radiation from the material prasodmium. Meaning the soldier must abandon their weapon if the barrel is damaged by any means.

The weapon is a mass produced rifle made by the Imperium to compete against their enemies in galactic warfare.