Drifter on the eternal flow

❛An - the Traveller. Considered to be the first servant. As the embodiment of time, she have an absolute power about it. An can be anywhere anytime, go in and out the timeline effortlessly, witnesses the start and end of everything.❜
— p.8, Book of Prophecies--

Like other divine beings, An don't hold any true appearance. And a normal mind will go insane if directly look at her.   However, An can take some shapes when come interact with physical realm. Her most famous one - which also how majority debscribes her: a gigantic and beautiful woman with an otherworldly hair that fade into sand at the end. There are times An be seen in a more "eldritch" forms. Like a mechanical creature tangled in pipes, clocks and cogwheels, or a twisting hourglass-head creature.

Unknown.   Actually she is kinda arrogant and very wise...

Inestimable. Known to be born before everything.

Vary from cultures. The commonest is a hourglass and infinity symbol (∞), with some patterns around. 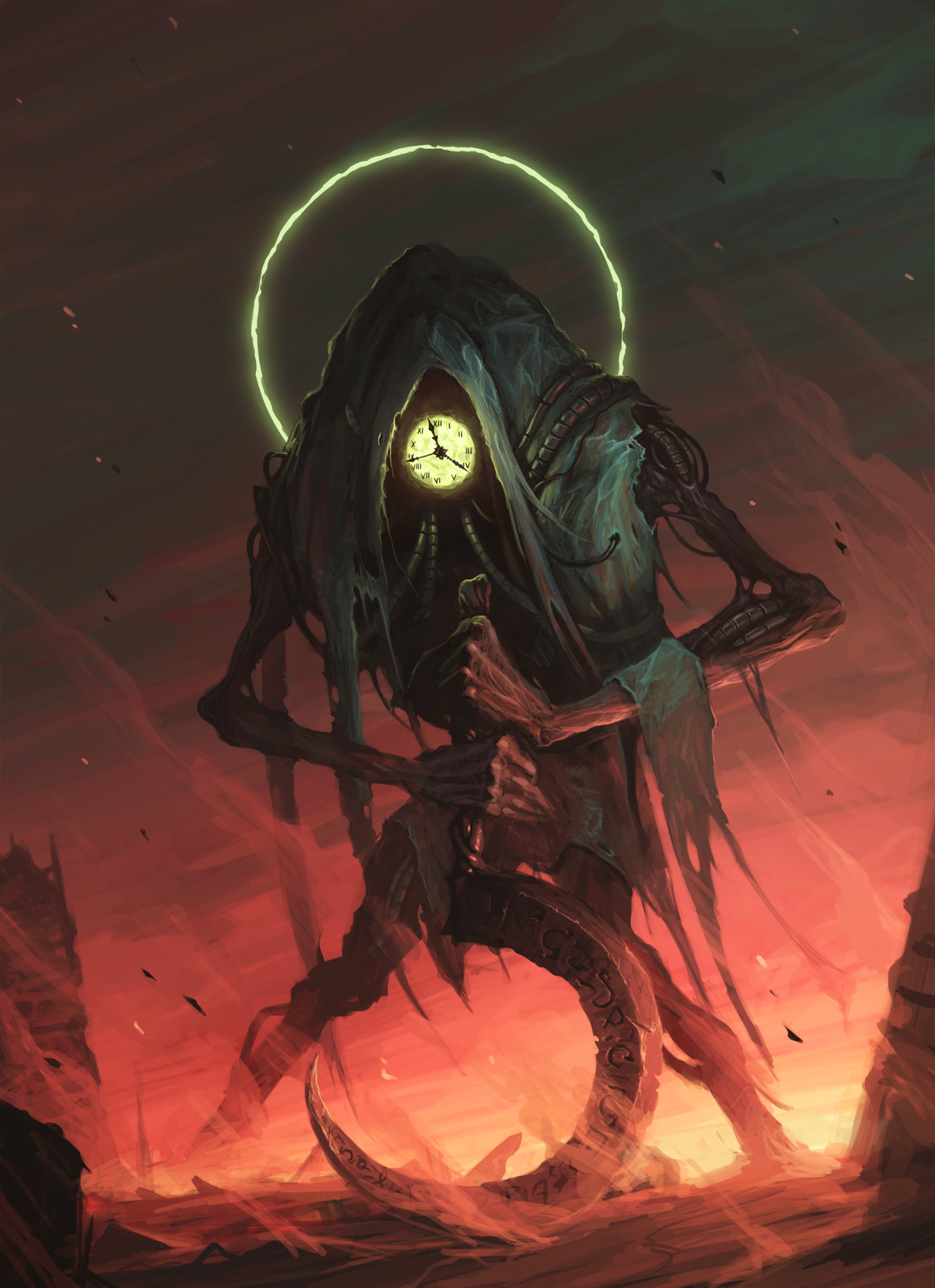 An is the true manifestation of time, or more accurate, she is the concept of time and all thing related.

Unknown. From the words of gods, she might be a chronokeeper - protect and ensure the past, present and future are all in order. Also she is one in four Holders, who maintaining the balance of the universe.

I dunno if can she hear me but... An is a lazy ass, she just go into difference timelines everyday and watches the same things happening over and over and over again. Like- how boring. Or maybe she's finding something...?
— words from Xel, Aspect of Comet

The creator of the concept of time.

She bended time's flow into many lines with countless branches.

A natural law which prevents all actions that can make a major change to the entire timeline. All things, except high-class divine beings, are irresistibly following this law. And who broke this will suffer and die by rapid aging, regardless if they are immortal or not.

Unmatched. As an Infinity, which is the highest rank among divine beings. An posseses a far beyond capacity, both physical and magical. With that unimaginable power, she can exist outside anything, bend reality like a small fabric.

Absolute Immortality: An cannot die from any cause. Unless concept of time is completely deleted, which is impossible. She also doesn't relies on faith and believe to exist like other divine being.   Shapeshift: Born as a divine being, she don't have any identity nor appearence. Thats make her able to take shape of anything by her will.   Time Manifestation: A physical manifestation of time.   Chronokinesis: An possesess an absolute control of time. She can even break and change a timeline effortlessly.   Reality warping: Possessess a tremedously high reality warping power. In history, no matter what forms she taken, An still bend surrouding environments unintentionally. And the effects are permanently.


An may have more abilities. But due to her mysterious background,
further informations cannot be researched


She is the first out of four entities created by The Nothingness to help it construct the universe. Taken from Tillamat's Great Record, An was seen in the Goble Realm for a few moments in history, she is also the Infinity that visit our world least:   The first time is on 12/4/120 BR - "...A gigantic being passed though the sky. This thing ████everyone looked at it went insane and end themselves. Time also seem to be fastened after this event..."   The second time happened in the Autumn of 422 BR - "...The gigantic being has been spotted again, this time it go with another. One take a shape of a woman with flowing hair made of sand. One take a shape of a man with constellations floats around. They observed and communicated with us then leave. After this, a new cult was established, called Creatorla..." 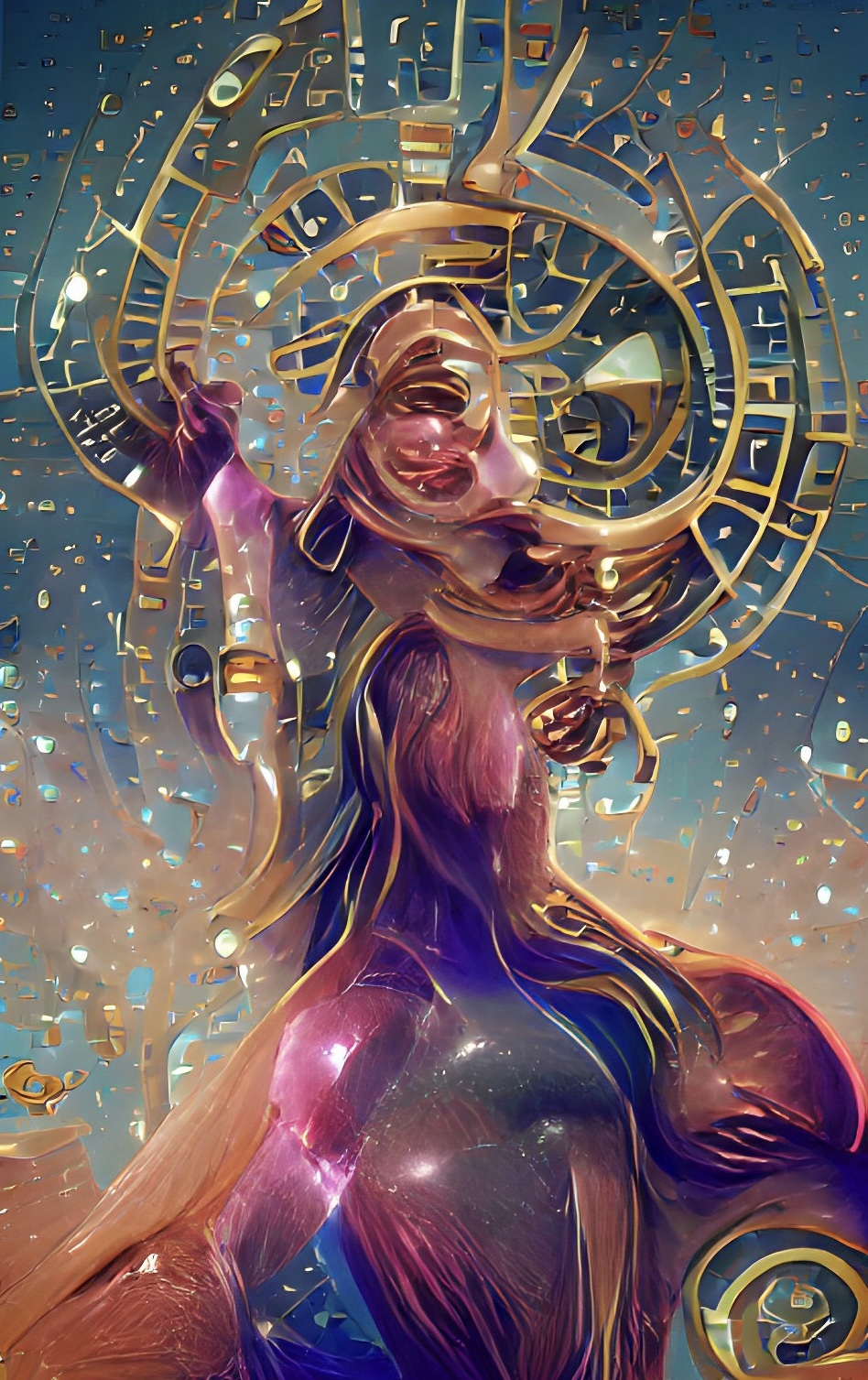 The third time, also the unconfirmed one, is on 7/5/493 BR - "...There are some reports about a giant monster presented at Amajax mountain region. The ████████ an unclear creature - look like the monster, keep appearing in witness's head, called itself An. Everywhere this creature walked pass is twisted and warped, time at the Amajax mountain also become abnormal ever since..."   And the last, happened on 12/12/499 - "...The world went silent. Everyone, even monsters and gods, are gazing upon the crimson sky. Trembling in front of 4 beyond-reality entities ... An, the embodiment of time, was being seen in a horrific form: gigantic pale, twisting humanoid with hourglass head ... Truly the most beautiful and terrifying moment ever exist in the Goble Realm's history..." 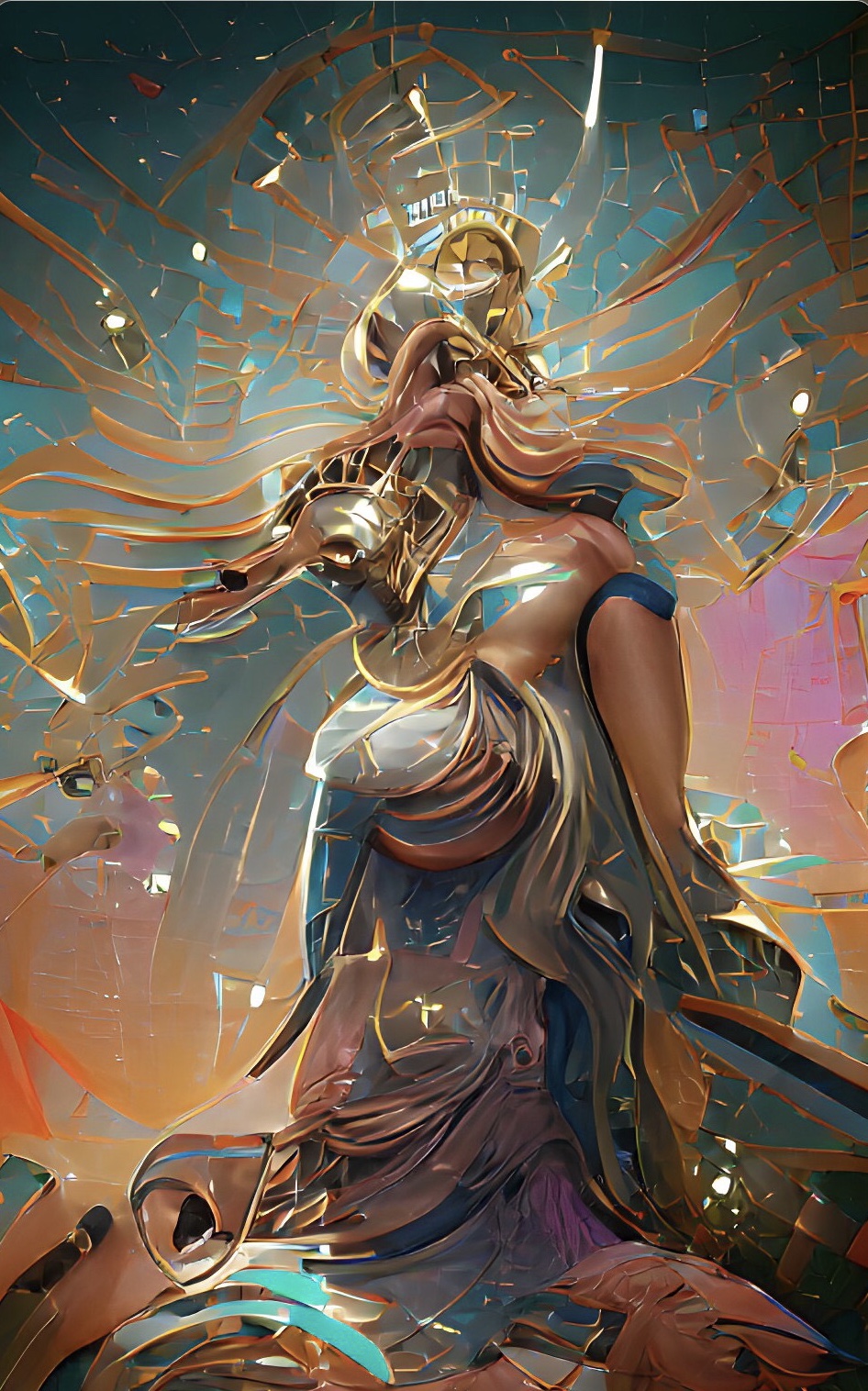 Domain(s)
Time & parts of the Universe

Remove these ads. Join the Worldbuilders Guild
The Nothingness
The Infinities
Fel