From my many worlds I chose The Galaxy, which is a sci-fi setting, for this year's Worldember. It is also the world in which I did the most part of the last Summer Camp. Currently, I don't have any specific goals in mind for that setting and I'm creating it just for fun. Most of my worldbuilding here focuses around the human interstellar state, the United Republic of Earth and its Colonies. Two areas that I would like to explore during Worldember are the human scientists and the scientific community as well as Asta, a pre-space age sapient species which is being studied by humans.

As a start for my new worldbuilding I will use two of my Summer Camp articles: Observations on the Asta and Samantha Mason. 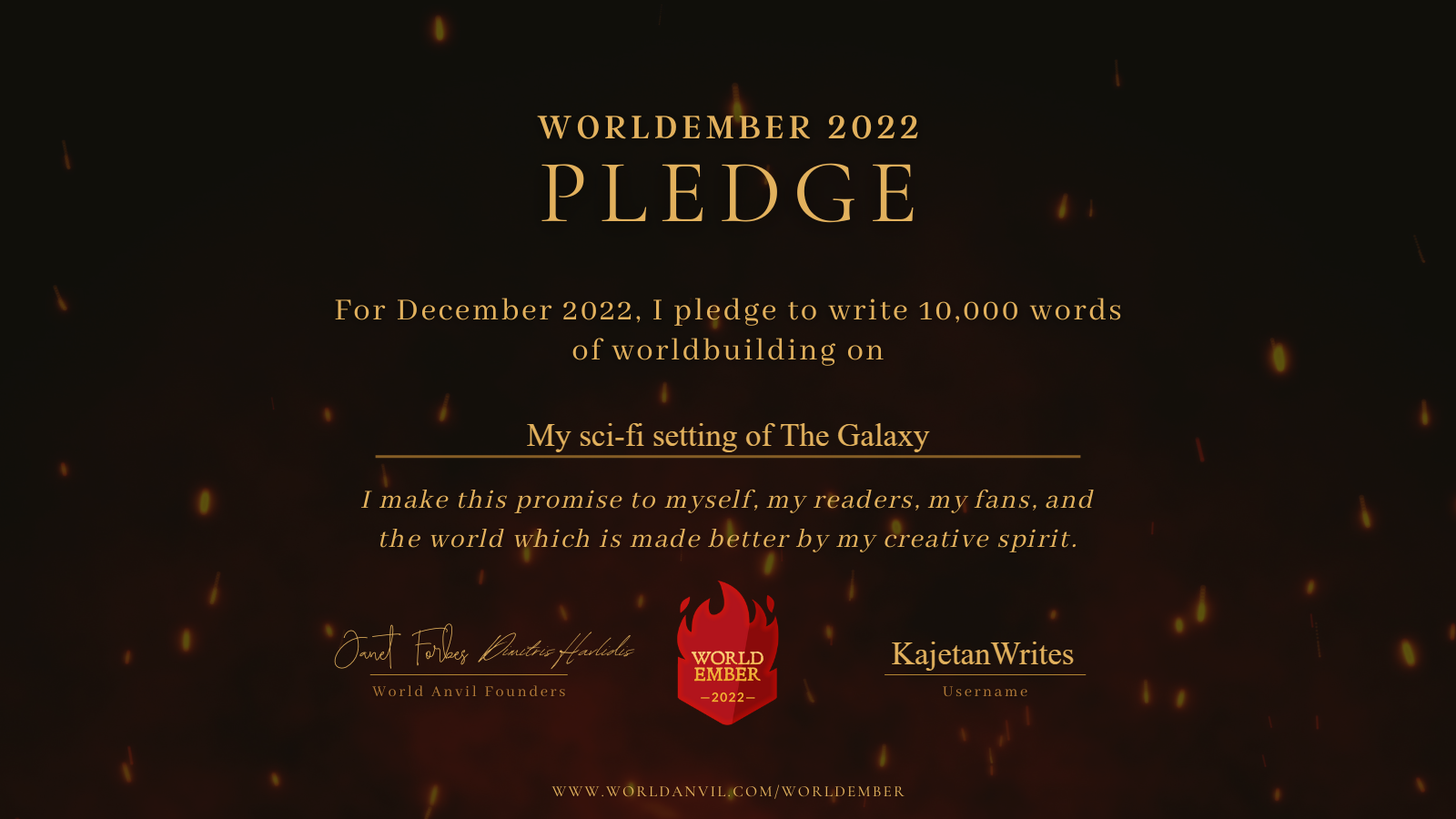 All of the themes related to the human part of my Worldember project are related to the fact that I'm exploring the scientific community of this setting.

Asta are an alien species that currently is in their equivalent of the renaissance era. Art and science are developing, but their perception of the world is still largely based on religious beliefs.

As you may have seen on the discord I switched last minute to Magic Earth and had a mission from Dimi there. Now, with the mission done, I decided to finish worldember here