New Warsaw's hogweed is a plant native to the planet of New Warsaw. It is very invasive and spreads quickly throughout the planet. In the first few years of human colonization of New Warsaw, the eradication of the hogweed was the most important thing, due to its toxicity.

New Warsaw's hogweed averages around 3 meters high, but can be even up to 5 meters high. The hogweeds have a straight, firm stem that can reach a diameter of 15 cm. Leaves are about 50 - 60 cm long. In the upper part, the stem divides into a few smaller ones which are slightly thinner than the main one. Each of the upper stems has inflorescence on top. It resembles an umbrella. The flowers usually are white, yellow or purple. The plant also has a large and deep root system. It makes it difficult to eradicate and drains the soil of most of the nutrients needed by other plants. Reports of scout and eradication teams say that areas around hogweed colonies had dry soil and much fewer other plants. Additionally, hogweed's seeds are very resilient and can survive extreme conditions.

Every part of the plant contains a toxin which serves as its natural defence against insects and pathogens. In contact with human skin it causes severe burns. The effect of the toxin is even greater when the affected skin is exposed to sunlight (especially ultraviolet). It is less dangerous for animals because the fur protects them from sunlight. Depending on the severity of the burns, they can take between a couple of days and a few years to heal.

The toxin is also poisonous. When ingested, the animal or person will develop a rash in a matter of minutes. After about an hour they would start to choke and would die in agony.

New Warsaw's hogweed has very few natural enemies. Only two things stopped it from spreading all over the planet. The first reason is its seasonality. The hogweed dies in late autumn and the seeds don't sprout until mid-spring. The second reason is the only animal who eats it: a medium-sized mammal that Human scientists have classified as a bear-fox hybrid. According to their study, the animal produces an enzyme which neutralizes the plant's toxin.

New Warsaw's hogweed was discovered in 2270 when the first colonists arrived on the planet. Around the area where the colony ship landed were a number of hogweed colonies. After a couple of unpleasant encounters colonists knew that they needed to eradicate them if they wanted to live on the planet.

Adam ran into that hogweed-like plant and burnt his hand. Doctor Malinowski said that after a few days of treatment and keeping the hand out of the sunlight he would be ok. We need to get rid of that nuisance.
— "First contact" with the plant

Methods of eradication changed throughout time. In the beginning, it was done by simply cutting the plants down and removing the roots. For safety reasons people were wearing hazmat suits while working. After couple of years it was observed that cutting had little effect on the plant's population. It was spreading too fast. Additionally, known herbicides from Earth were ineffective.

As a response to the plant's fast spread a new method of eradication was introduced: fire. People and vehicles with flamethrowers were deployed to hogweed colonies. This method was much more effective than just cutting, but it was still a sisyphean labour. Luckily, it was possible to keep them away from the settlements. 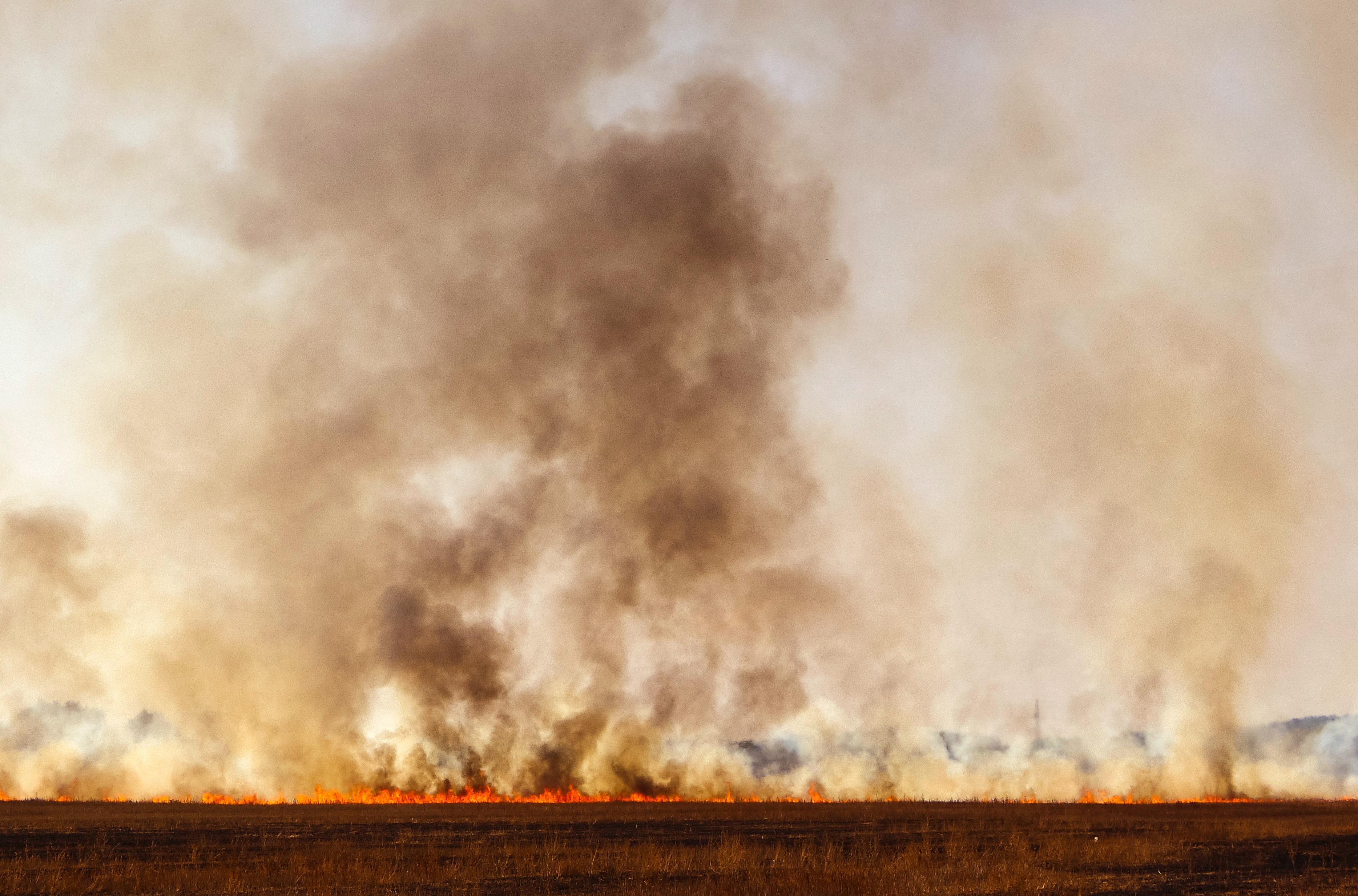 Burning the hogweed by Dominik Kiss

Burning brought good results and was able to contain the New Warsaw's hogweed in isolated areas, but it still was a nuisance and a threat. In 2340 scientists developed a substance to kill the plant and stop it from spreading. It worked by killing roots and seeds of the plant. The colonial administration approved its use without hesitation. After a few months about 90% of the hogweed's population was dead. The remaining 10% was in remote areas from which it was highly unlikely for them to reach settled areas naturally.

Despite the will to get rid of the hogweed there were attempts to find a use for it. Some people claimed that they could be a good food for domestic animals. Small-scale experiments were approved by the colonial administration and they were even successful. It used the enzyme of the bear-fox animal to neutralize the toxin in the plant. However, the plant was difficult to contain inside a farm as the seeds were spread by wind. Because of that, the experiment was closed. 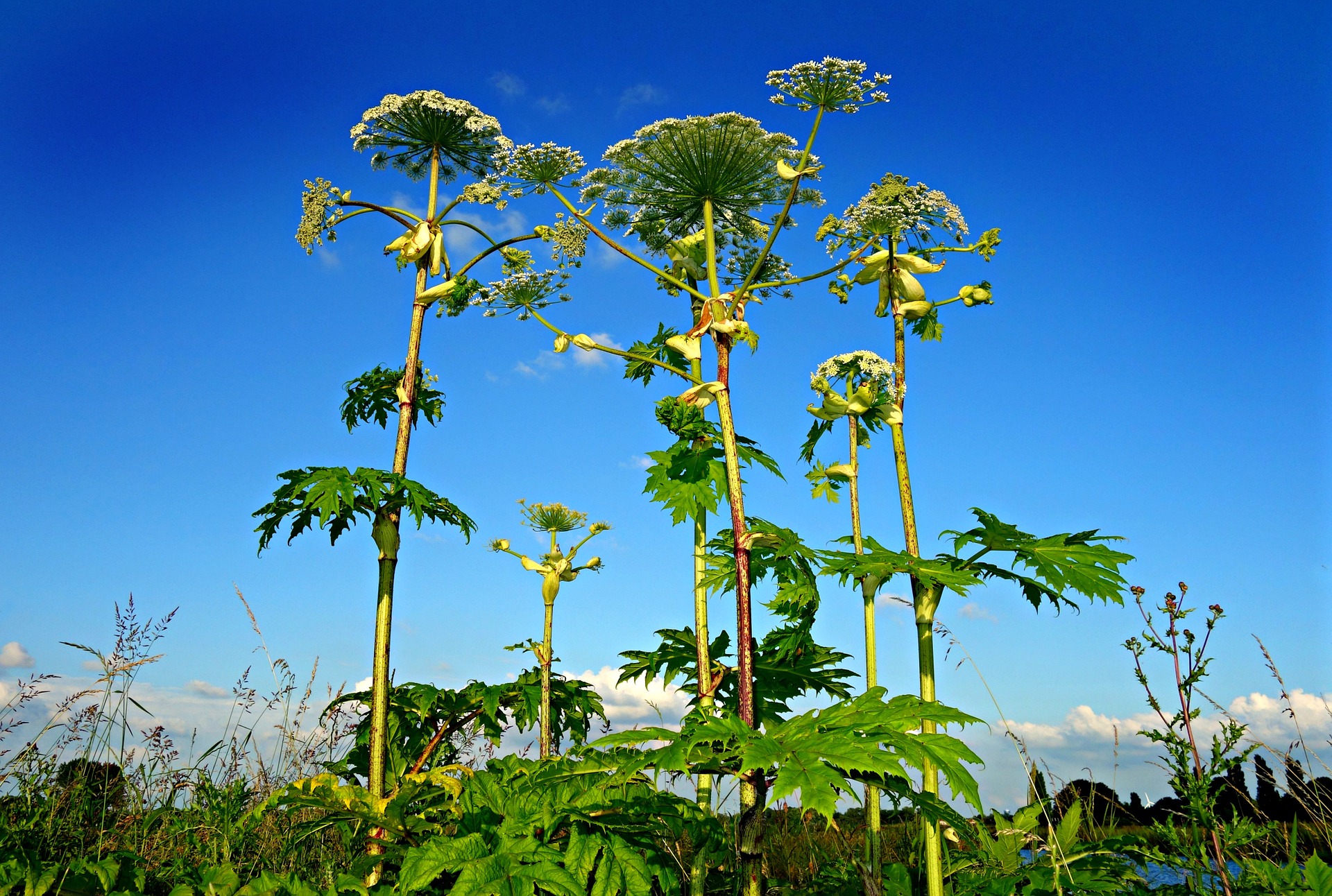 The plant recieved its name due to a similarity to a plant existing on Earth known as Sosnowsky's hogweed. Sosnowsky's hogweed was a plant which caused many problems in Central and Eastern Europe in the second half of the 20th century and in the 21st century. Similarly to the New Warsaw's hogweed it produced a toxin which caused burns when the affected skin was exposed to sunlight.

The hogweed was a part of the planet's ecosystem long before we arrived here. Plants and animals were adapted to life next to it. I'm sure that bringing that species to the verge of extinction will have catastrophic consequences for the planet. We broke the balance.
— An ecological activist from New Warsaw

I Don't Know Who I Am
Mar Qaroll

Lots of detail and considerations made. Very cool and realistic.

Sounds like a nuisance of a plant! Very well-written, and uses a lot of good descriptive words and scientific phrases. A great article!

Nice work! The few questions that arose in my mind as i read along were answered before the end of the article, so you didn't leave me hanging! That's always appreciated! Nice touch introducing the prospect of an imbalanced ecosystem now that the plant is being eradicated as well. Lots of opportunity for more worldbuilding!!!

OOOO excellent work. Love the detail and connection to sosnowsky's hogweed. The ways theve tried to deal with it are a nice touch. Excellent work!

Thank you for the feedback

Thank you for this read! First of all, I really liked that you got your inspiration from an actual Apiacea, and kept it to a realistic plant. Besides, I always love invasive species so that's definitely a plus.   In addition, the fact that an invasive plant so similar to actual terrestrial species exists in a planet, and has existed there even before it was colonized by humans, makes things even more mysterious. I'm wondering about this world, and how alienc planets work there.   You say that fire was the solution adopted by people to get rid of the plant. Wouldn't that cause even more ecological imbalance? And why wouldn't people use generalist herbivores like sheep, or herbicides?   Also, did the colonists have that little eological concern for other lifeforms as well? Like, did they straight up decide to eradicate other stuff?

Interesting article and cool plant. It seemed like a real nuisance to get rid off. I liked the writting style you used here which gave it a scientific approach while still being easy to read. One thing I noticed though is that in some tooltip part of the text was really dark and difficult to see.

Happy timezone Kajetan!   I enjoy the 'influenced by UV light' detail in the toxin this plant produces, and the bear-fox hybrid piqued my curiosity in the greater ecosystem in your world. The "first contact" tongue-in-cheek comment and the "you know what will work? FLAMETHROWERS!" mentality made me chuckle. An enjoyable read :)

Damn, love some good invasive plants! I really enjoyed reading the section on how humans tried to deal with its spread. Nice work!

A bear-fox that eats toxic plants sounds frightening. This is well-written, and I love what pops up when you hover over the link for humans :)