The party gathered their belongings and horses and prepared to head downriver on a barge towards Baldur's Gate. As they were embarking a messenger ran towards the quayside with a note from Onthar and Leosin:
Meet up with Ackyn Selebon when you reach Baldur's Gate. He can be trusted and will help you with arrangements and equipment.
The letter stated clearly that the players should try to infiltrate or simply spy on the cultist caravan and should not on any account attack or try to disrupt the cultists unless directly threatened. They were far more interested in finding out where they were heading and therefore removing the threat at it's source.   In the letter Leosin also mentions a few Harper agents and allies to look out for long the journey;   Carlon Amofel - A fellow Harper agent Remallia Haventree - A moon elf Harper agent Elia - A friend to Remallia and the Harper cause.   He also listed several caravan owners, merchants and travellers whom his agents have informed him will be moving north from Baldur's Gate around the right time and that the players may want to hire on or pair up with some of them to give them a convincing cover story.   Enom Tobun - Friend to the Harpers Orvutria Essern - Female Human Guard Werond Torohar - Female Human Teamster   At the bottom, the letter says:
Good luck my friends!
**PLEASE DESTROY THIS LETTER AFTER READING IT**
The journey was uneventful and after 2 or so days of travelling they arrived. Pulling in at the harbour, those who had not previously visited Baldur's Gate were impressed by the size of the city and sheer volume and variety of life on display. Many new smells and sights assaulted their senses and Picasso suddenly remembered how truly hungry he was. After some exploration of the city the group made their way to the rendezvous point with Ackyn Selebon, the wagon trader recommended by Onthar Frume. He was friendly and helpful and gave the companions advice on who to speak to about signing on with the caravan.   Picasso quickly grew bored and headed south in search of pork. Citrus tagged along, unbeknownst to the others he was previously a resident of Baldur's Gate but his memories of the city were not pleasant ones. Selebon recommended an Inn, The Smilin' Boar, in the lower part of the city near the docks and after a somewhat meandering route, Picasso and Citrus found the Inn. A large gentleman with a strong Calishite accent stood behind the bar, a wicked grin on his heavily bearded face. He failed to see through Citrus' disguise and took him for a halfling. This gave Picasso the chance to get Citrus drunk!   The others had made arrangements with Selebon to return to him later in the day at which point he would introduce them to a wagon driver who might be able to offer them passage north. They explored the local area, taking in the wonderful sights of Baldur's Gate including the massive bronze statue of Minsc and Boo.

Staggering out of the Inn after several hours, Picasso and Citrus made their way through the Lower Quarter towards the others. As they neared the gates separating the two halves of the city, Citrus caught a glimpse of a small figure darting down an alleyway. Picasso, a little worse for wear after his trip to the Inn did not see him slip away, distracted as he was by a juggler entertaining a noisy crowd nearby. Citrus followed the figure down the alley and saw three small, dirty figures huddled with heads together looking down at something. They heard his movement and spun around in surprise and fear. Citrus recognised several of the figures, they were street urchins that he had seen before, all around his age. He called to them by name but they didn't know him as he was still disguised. The smallest figure, a girl, backed away sensing danger and just in time as Citrus pointed a small finger towards the largest of the three and spoke a word of magic as the second boy also ran. The victim was instantly covered in swarming insects and dropped to the ground dead, a horrible way to go.... Picasso rounded the corner to see Citrus lurking beside the body, unaware of his latest wicked deed. In his inebriated state Picasso believed Citrus' innocent explanation and they quickly continued on their way back to the others. 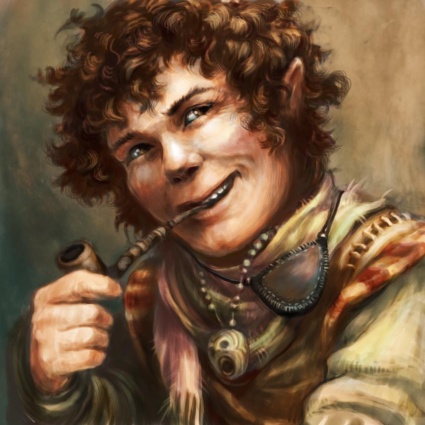 Ackyn Selebon finished up for the day, headed off and returned a short time later with a halfling called Enom Tobum. He greeted the adventurers with a curt nod and stood appraising them with his thumbs tucked into his belt. He was a small, stout gentleman with an inquisitive eye and a long clay pipe sticking out of his mouth. On recommendation from Selebon he agreed to take The Giant and Allannan on as guards, Citrus and Piccaso strolled up and he also allowed them to join his caravan. A price was agreed and the companions prepared for the long journey north.


Remove these ads. Join the Worldbuilders Guild
Hoard of the Dragon Queen - Chapter 3 - On the Road