All what remains of these lands are raided burial grounds and broken ruins. Even Avani weeps at the destruction our home has suffered. All we have left are memories and remnants of a better time.
— Elvir Druid

Silva is the easternmost part of Sichelan, nicknamed by many as the lost lands. Once being the birthplace of Elves, across many wars it became divided amongst itself. What now remains is only the broken remnants of its past, and potential for loot and gold.

It's no surprise that after Silva became victim of two great wars little has survived. While the Blazing War tore away the Elven leadership, the Great Sangfroid War destroyed the land itself. As such, the region is left scarred, leaving only death and destruction behind.

Same goes for its inhabitants, who after the divide didn't unite that well either. Even today, rulership is fickle, with clans gaining and losing land daily. Although some regions fare better in that department, others suffer under it immensely.

Many try to reclaim the throne of Silva yet again, either by rightful heir or usurping others. Yet, nobody has succeeded uniting it in the centuries since. As such, only time can tell whether or not the name Silva will even survive the next decades.

Seeing as in the past Silva was ran by Elvenkind, the region is covered in their ruins. From the ruins of days gone to dungeons going miles deep, they're everywhere. Some even have repurposed them as both hideouts and settlements people live in.

However, since many of these ruins happened because of both wars, there's a lot left inside them. As such, they have become the raiding grounds for many scavengers for old tech and valuables.

On a daily basis, artefacts end up getting traded on Silva's markets. That, or they end up in the collections of nobles or rulers. Other times, their activation can cause some local mayhem, to the dismay of many. Even today people uncover lost relics of the Elves's past, for better or worse.

Over the years, the area of Silva has become a melting pot for many people and races alike. Whether it be the Elves that still call it their homelands or the many newcomers that showed up. Even the constant flow of adventurers make the population look different from day to day.

As such, all kinds of faces show up with both good and bad intentions, coming from all walks of life. Some even have turned the remnants of Silva into their new home, or simply never left. Others have sought Silva as a land of opportunity, researching its past for glory and fame. Many want to uncover the history of the Elves, while some seek it for personal gains. At worst, their intentions only cause more drama amongst Silva's lands.

Silva has also been known for their monstrous society. As no single power controls it, Goblins and Hobgoblins rule instead. Other races such as Kobolds also find their homes here, while others roam the areas around. Some regions even are safe havens for the outcasts of societies, giving them protection in return for servitude.

Avani's Garden is a massive forest believed to be the resting grounds of the Titan Avani herself. Spanning across a good area of Silva, these woods are home to the Elvir. With its ecosystem being one of the densest across Sichelan, it has become a protected land as well. As such, trespassing has been proven to be deadlier than one might think.

Geographic Location | Jun 26, 2020
As the Wormrot Plague swept across the land, some of it has remained even today. Wormwood is as such the infested remnants of that biological weapon. Although contained, it has become a festering grounds for nefarious wildlife. Some even say a few Hag covens have shown up deep within its woods. As such, people are wary when navigating these lands. Either out of fear of the beasts that live within it, or the natives that live amongst the trees. 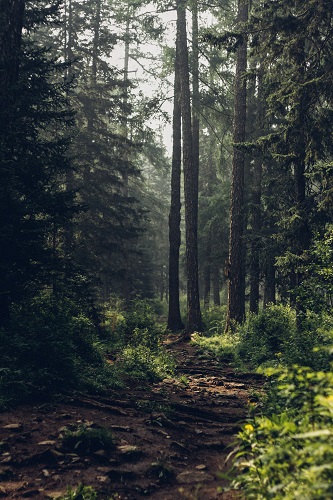 As the land has a history with magic experimentation, it's no surprise Fae have infested Silva as well. With an abundance of Aetheryical Hot-Spots, many places became bits of Faelands over time. Wild arcane growths spread across the place, and as such Fae visitors appear.

As such, there has always been a bit of a black market for stuff that comes from them. Whether it be the wings of a Fairy to even a live specimen, some value their arcane potential. What they try to achieve with it is anyone's guess.

A forest known for its large population of Firefly Fairies and weirdly bioluminescent nature.

An infamous dungeon amongst Silva's Adventurers, said to be a gigantic Mimic.

Join The Fabulae Anthology Discord!
This setting uses trademarks and/or copyrights owned by Paizo Inc., which are used under Paizo's Community Use Policy. We are expressly prohibited from charging you to use or access this content. This setting is not published, endorsed, or specifically approved by Paizo Inc. For more information about Paizo's Community Use Policy, please visit paizo.com/communityuse. For more information about Paizo Inc. and Paizo products, please visit paizo.com.
Additional artwork is owned by their respective owners.
Cover image: Geographic Location Cover by Endrise