We stand on the edge of the civilised world, a land yet to be fully explored. Prepare to bring some weapons, you don't want to end up the meal of some beast.
— Nõrdman Explorer

On the northern pole of Fabulae lies the land of Nõrdlann, a world frozen over almost the entire year round. Whereas most of the world has in one way or another be explored, the continent is still greatly left unmapped. Only on its edges one can find decent civilisations, born from Nõrdmen and nomads settling down near the waters.
The surface of Nõrdlann itself is a vast open sea of snow and ice, sprinkled with forests and mountains breaking up the undisturbed landscape. Only throughout the summer one can see the ground itself as the snow melts away, all be it not everywhere. Many describe the lands as its own entire realm, isolated from the outside world by the storms and winds that occasionally ravage the place.

Survival of the Fittest

Because Nõrdlann's temperatures and often frozen-over landscapes, food can be scarce the deeper you journey into the centre of the continent. Hence, both flora and fauna have adapted to survive some of the harshest climates imaginable.
Whether they go full on offense or defense, most plants and animals that live amongst the area appear much larger and rougher, coining the term "Dire creatures". Stronger, faster and more aggressive, these massive monsters make exploration often harder than needed.
That is to not even speak of some of the inhabitants themselves or the supernatural that plague the frozen lands. While the Nõrdmen can range anywhere from honourable hunters to barbaric plunderers, things like Draugrs and Wendigos make people dread the inner regions more. Many natives can't even fully explain how some of such horrors were born, proposing the idea of divine intervention to keep people out or as a warning.

Circling around the Himminskalm, the Eye of Hjarnag roars, making the centre of the realm nigh impossible to approach for any mere mortal. A cyclone of a blizzard that has been raging ever since the Titan War, this supernatural phenomenon has become the focus of most religions on the continent.

One day, you or your grandchildren may claim the crown of the world for your own.
— Follower of Hjarnag

The most popular theories believe it to be the doing of Hjarnag, who stirred up the storm to keep the Titans at bay located on the Himminskalm Plateau. As such, many natives are cautious when the storm seems to calm down or get worse, to indicate something drastic may be happening. And if the cyclone may ever stop, they must be prepared for what lies behind the crown of the world. 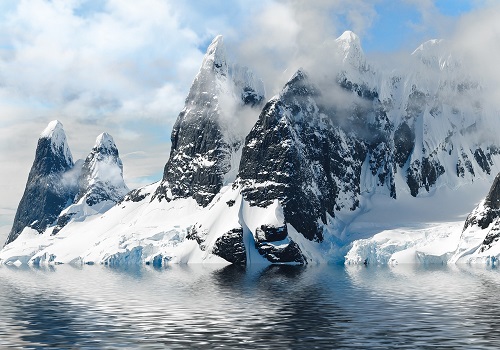 The storm that surrounds the Himminskalm Plateau.