The Humans of the White Wolf Tribe, near the White Peak Mountains , are, through their exposure to the Darkness , exceptionally well accustomed to the cold. So much so, that their style of clothing can be described as minimalistic and pragmatic. Consisting of rarely more than enough to cover minimum modesty, though even that is out of pure practicality. The only time they wear something covering, akin to a cloak, is when a hunter ventures out for a "long hunt", lasting for sometimes weeks on end in the freezing cold of their homeland.

Due to the lack of material availability caused by their extreme remoteness and harsh environement, their clothing consists almost purely of animal parts. Ranging from rawhide to sometimes even prepared leather, with accessories made of bone and sewn with sinew. During summertime they sometimes collect plant fibres in the nearby forests to create some pieces of fabric, though, this is only done for a special occasion.

In terms of style their clothing varies from person to person. While some more extravagant people might prefer complex pants and sleeved shirts, others simply take a strap of hide or two and wear them as a loincloth and a breast band. There are however some large cloaks made of almost an entire animals skin which are universally used by most hunters to camouflage themselves in the snowy landscape. Footwear is usually only worn when someone leaves the soft cushioning snow to wander more rocky or forest areas.

In terms of coloration they only have what little is available to them: White. Almost all animals and monsters living in these frigid realms have white pelts and fur to help them survive. However, they do come in a variety of patterns, from spotted and striped to plain and layered. At least this gives their already homogenously snow white complexion a bit of variety.

Impact on other Societies

Due to their isolation and remoteness, their outfit is rarely witnessed by people outside their tribe. A few though, especially the elves in the nearby woods, have occasional contact with the tribe and even trade food and other goods for their rare white furs and hides, which are highly priced due to their limited availability outside of this tribe. Additionally there have been a few cases in which members of the tribe ventured out into the world, visiting the human kingdoms. In these cases they were always a sight to behold, since white skinned animals are at least an extreme rarity outside the White Peak Mountains. These encounters have caused many myths and legends to arise about the "White Wolf Tribe". 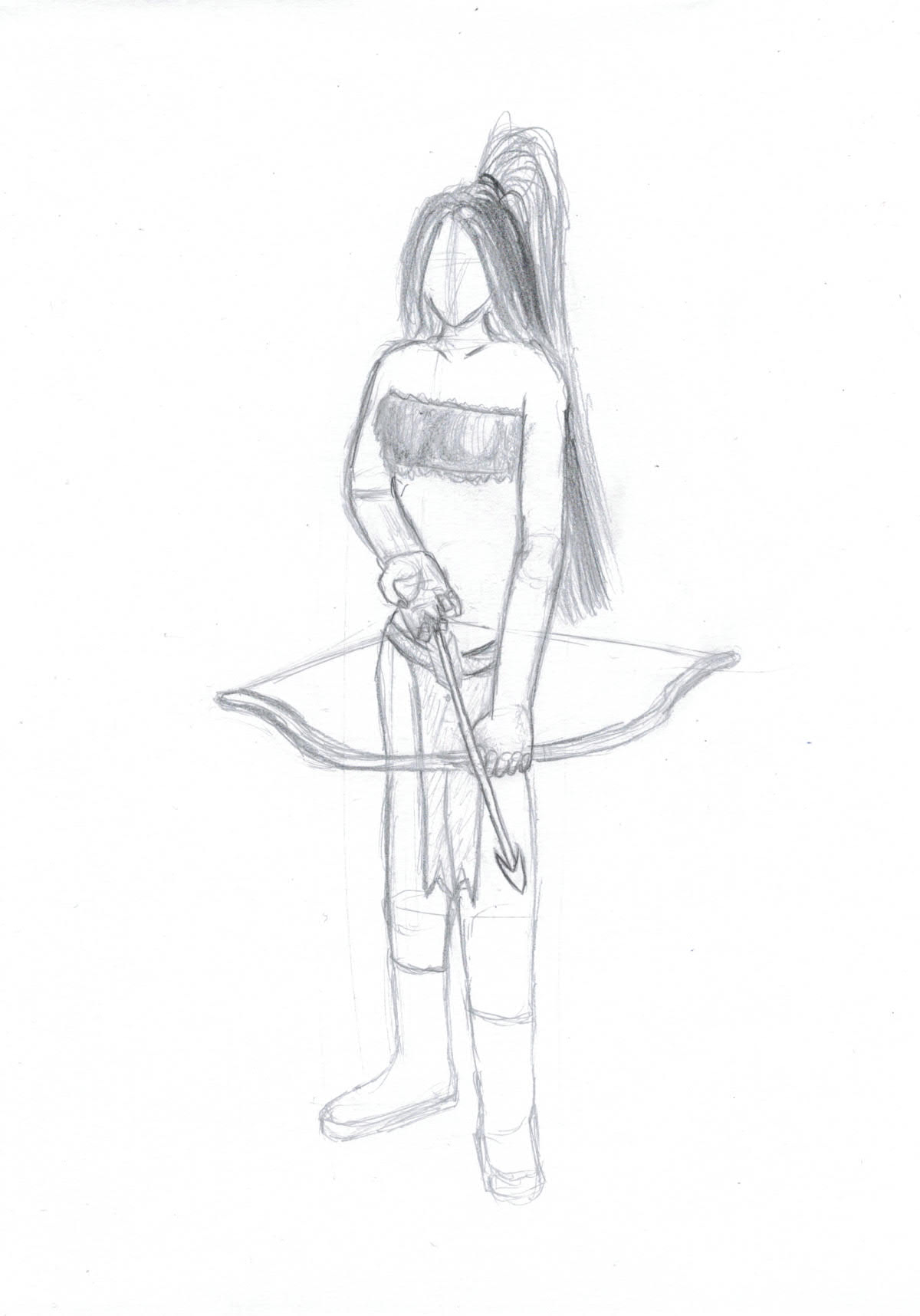 Nice article, I like that all of the clothes are white with different types of spots on them :D   Are your people humans? I'm guessing that the "Darkness" is some kind of magic that allows them to survive the cold with that little clothes - you could add some more information about it , either ni the text or a tooltip.   You didn't mention footwear, but in your drawing the woman is wearing boots, so I'm guessing that's what your people wear?   What do people from other countries think of the fact that they don't wear a lot of clothes? Ar they too isolated for it to really matter?

Thanks, for your comment. I'll update the article once I've organized my notes on this, but to answer your questions for now: Yes they are humans. Yes the Darkness is the source on which all magic is based upon. Footwear is still in developement. Yes they are extremely isolated.

Nice read. Pretty neat how the tribes use only as much clothing as they practically need to use most of the time. Must be quite handy to have such a hard time getting cold :p

Interesting article! I like how they are more accustomed to the cold, it’s a nice explanation for wearing less than may be standard for cold climates, which makes it a unique outfit concept. I am quite curious as to this large animal hide they wear as a cloak. Is it like a bear skin rug of sorts, where the head would still be attached to said cloak, or no?

Exactly, that is about how they look. A part of the heads is usually left on to provide better camouflaging for people with not white hair.

Oh nice, those furs and hides do sound frickin' awesome.   As for the whole 'they can handle the cold so don't bother wearing much': Showoffs... -,-

The sketch is a pleasure to look at - the proportions, perspective, the well drawn hands (!).   It would be wonderful to see how you would expand the idea further on. :)

Thanks a lot! This was actually my first attempt at drawing a body. All I used for reference was my body and a mirror.   I'm currently working on a different aspect of the world, but once I get back to the tribe I will see if I get more ideas. If you have any suggestions, I'd be happy to hear.