James Creed is was drawn to law because of the lawlessness of the United States, and particularly the Wild West, and served as a U.S. Marshal for most of his adult life. 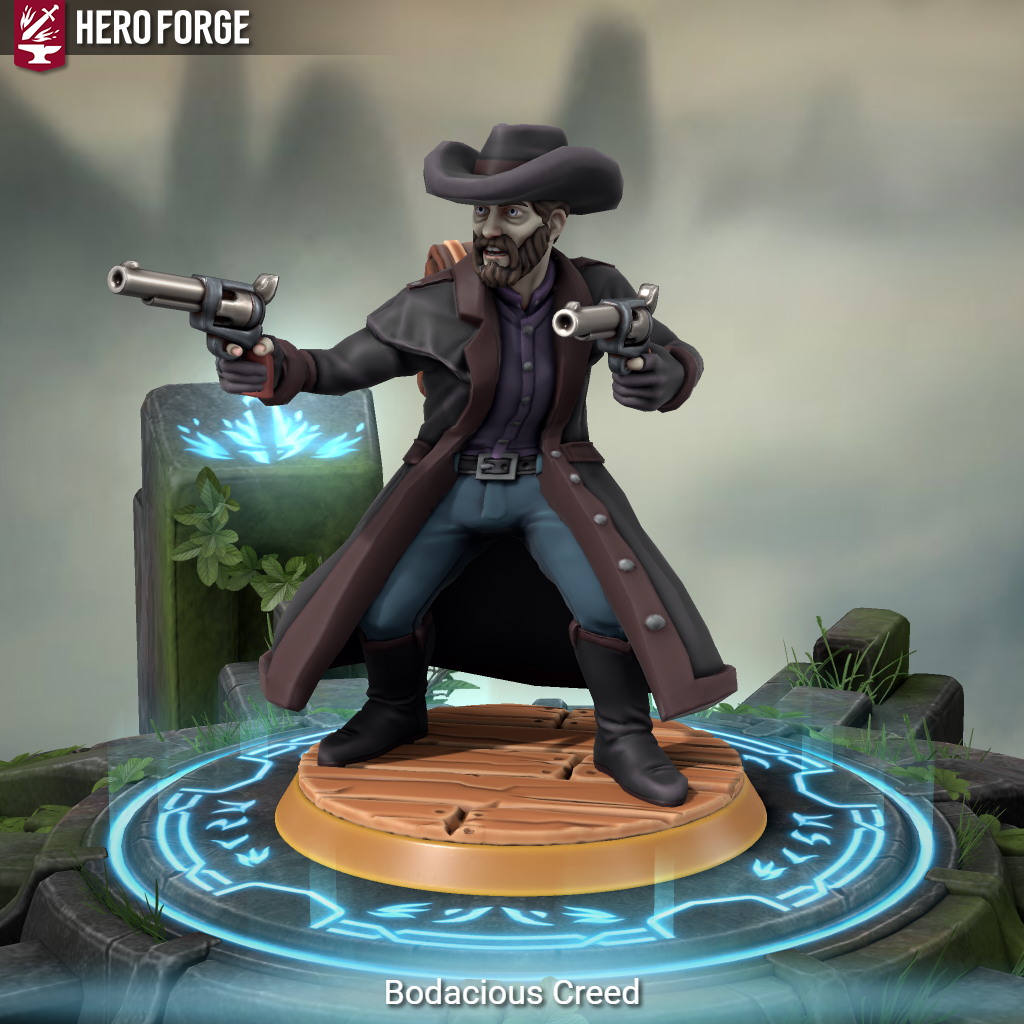 Fit and healthy. Creed doesn't smoke, rarely drinks, and is physically active.   As a zombie, he is extremely strong and his bones are as hard as steel.

Very pale skin. Mechanical eyes. A brain unit on the side of his head. A heart unit on his chest with a readout visible when he takes off his shirt.

Bones as hard as steel. Super strength. Super hearing. Can see in the dark. Can see great distances by mentally willing his vision to zoom in, like binoculars.

James was picked on as a child by a young bully whose father was the owner of the town’s large business. This boy picked on other kids, too. Eventually James, still several years his junior, at ten years old, pulled the boy off a girl he the boy was beating up, and punched the boy unconscious. The business owner fired James father, but that very night the business headquarters caught on fire, killing only the owner.   Most assumed that Robert or his father set the fire, though there was no proof and many others were willing to defend the Creeds.   In truth, the bully's older brother had set the fire for his own reasons and skipped town, leaving his mother and younger brother behind.   No one picked on James for the rest of his youth. He learned not only that life wasn’t fair, but that many people were just bad. But he also believed in redemption, and that goodness and the law were necessary for punishing and rehabilitating the wicked, and bringing order.

Creed went through all the education the local school had to offer and continued learning on his own. He began playing guitar at age eleven and learned not only popular tunes, but classical music.   He became a U.S. Marshal because he wanted to be out among the people, protecting the innocent and keeping order. He has a keen sense of right and wrong.   As an adult, he had an easy time with women and making friends. As a U.S. Marshal, while he never broke the law, he often pushed right psat common sense and went into dangerous situations to capture criminals. He was willing to kill in self-defense or the defense of others, but never had to, until he faced Corwin Blake.

Compassionate with a strong sense of right and wrong.

Atheist   Between his death and resurrection, Creed experienced nothing, and this has convinced him there is no God.

Creed has a fair amount of money banked, and often gets monetary support from his very wealthy daughter, Anna Lynn Boyd.