I cannot 'command' the spirits to do anything- and if I tried, it would likely doom us all. I can only intercede with them and advocate for you. But I will try.
-a Ranata shaman when asked to renew life to a dead field

Among the Ranata people, shamanism is the primary form of religious practice. At its core, a shaman is the bridge between the physical world and the spiritual world, able to enter altered states of conciousness that allow them to communicate with spirits for the benefit of their tribe, and communicate the will of these spirits to their people. Many are also talented magi, their attunement with nature allowing them to perform feats of magic rarely seen in the Calinan Sea.

While there are no formal educational requirements, a prospective shaman is expected to have demonstrated a talent for interceding with the spiritual world; this can manifest in an aptitude for healing or herbalism, or through demonstrating some degree of manipulation of spiritual energies. They must also be vouched for by a Clan Father or Clan Mother to carry out their duties.   It is not a prerequisite for shamen to be able to use their own spiritual energies to perform magic, but it is highly desired, and the path usually means most shamen will learn some degree of magic.

A prospective shaman usually begins his or her career as an assistant to the Clan Father or Clan Mother of their tribe, where they spend anywhere from three to seven years learning the role and performing duties under the Clan Father's supervision. After this period, they are considered shamen in their own right, although they still answer to the Clan Father or Clan Mother.   Due to the relatively egalitarian nature of the Ranata tribes, there is no advancement in the traditional sense; however, the most talented shamen are usually selected to succeed the Clan Father or Clan Mother. Shamen who are not suited or not interested in the Clan Father/Mother role may choose to adopt other paths, such as specialising in a field such as medicine or spiritual mediation, attending to a number of villages in the same tribe, wandering the tribal lands providing their services, or even withdrawing into isolation to commune with the spirits directly. 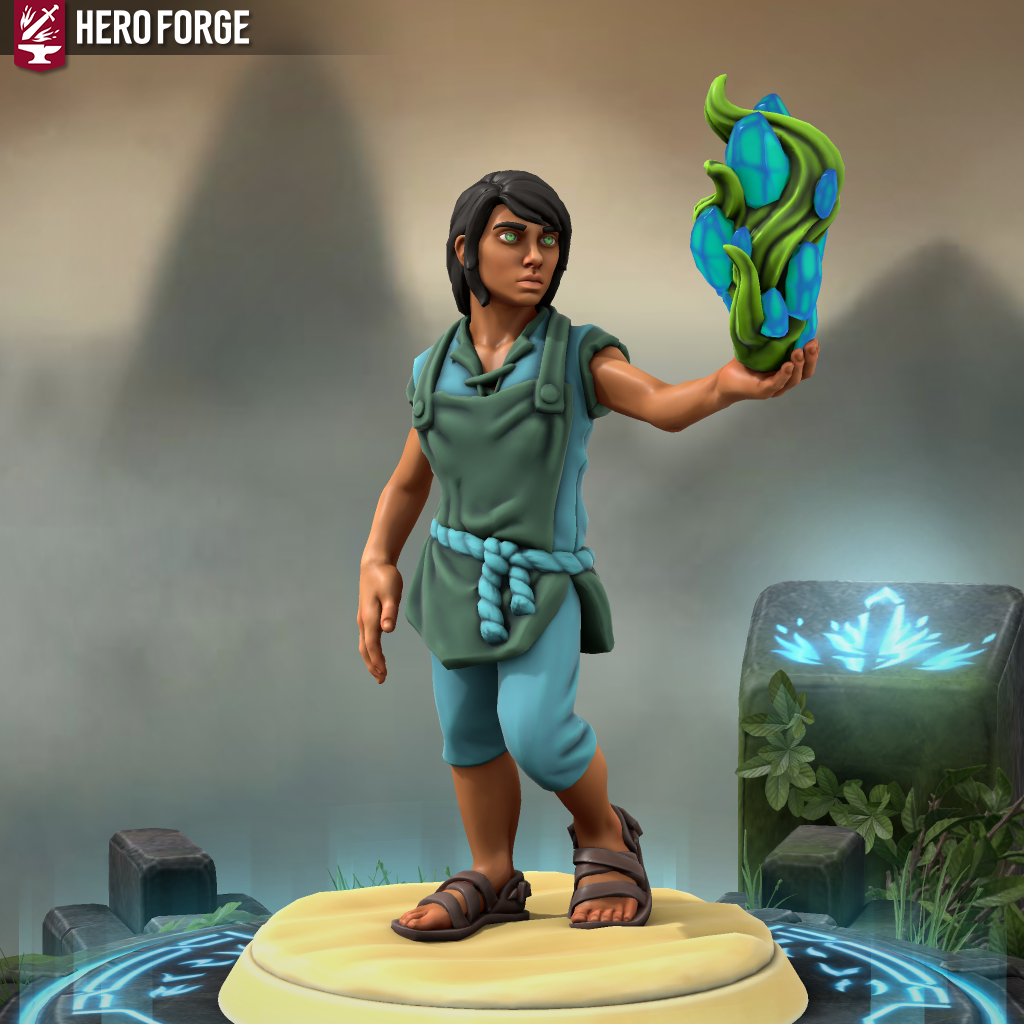 As the Ranata do not use currency and operate under a system of centralised resource distribution, there is no reimbursement in the traditional sense. However, shamen are usually taken care of by other members of the tribe, wishing to stay on their good sides for the benefit of themselves and the clan. They can expect to be given gifts and kept well-fed even through leaner times.

A shaman's role is to interact and mediate with the spirit world on behalf of their tribe, and protect the spiritual and medical interests of that tribe. This can be carried out in different ways depending on the shaman and their particular aptitudes. This often includes carrying out rituals, invoking the blessings of important spirits, advising members of the tribe on the best ways to honour the spirits and avoid their wrath, and learning and passing down the lore and oral traditions of the tribe.

Shamen are highly respected due to the role they play in advocating for their tribe with the spiritual world, and caring for their spiritual interests. As they can interact with supernatural forces who can influence the physical world, they are seen as figures of leadership, and their advice is highly sought after and heeded. They are always treated with respect. It is considered a severe taboo to wound or kill a shaman, with such acts said to invite untold disaster.

Ranata who can directly interact with the spiritual world, a requirement to be a shaman, are something of a minority among the Ranata - it is estimated that perhaps fifteen percent have the potential, with only five percent or lower actually developing that talent enough to be considered a shaman.

Before the rise of agriculture, shamanism was the status quo across the known world. With agriculture, specialisation of labour, the development of writing and a shift in population centres, society structures and beliefs, it has given way to organised religions in most of the known world, with the spirits supplanted by more specific, knowable gods, and shamen replaced by priests and religious hierarchies. The Ranata are one of the few groups who have held to it in a largely unaffected form, along with the Calinani peoples. Whether this will change as the Ranata are forced to interact with a changing world remains to be seen.

The average shaman will regularly use materials gathered from nature in their day to day duties. The altered states of consciousness they enter to commune with the spirit world usually require plants with psychoactive properties. Likewise, their medicines usually come from mixtures of various plants and berries found throughout the Ranata Isles.

Most shamen operate out of a longhouse set aside for them in the village. The longhouse serves as a laboratory, shrine and medical centre, subdivided into areas for patients, a shrine for spiritual communion, and a laboratory for mixing and assembling compounds.

The services a shaman can provide to the tribe as a whole and individuals are myriad. The most common include;

By communing with spirits, a shaman is effectively drawing the attention of any spirits around them, whether they be benevolent or malevolent. A shaman must take great care to avoid and ward off malevolent spirits, lest they invite spiritual backlash or ruin on themselves or their clan. This is said to manifest in sickness, misfortune and personal disaster. In a similar vein, a shaman must take great care not to offend or anger any spirits.   Shamen who can work spirit magic do so by drawing on two pools of spiritual energy- a replenishable form of spiritual energy, and their own finite life force. Using the latter, even unintentionally, can shorten a shaman's life, weaken or kill them outright. An untrained worker of magic can cause all kinds of havoc by accident, such as causing water to go bad, starting fires, or even withering crops.   On a more physical level, some of the compounds that shamen work require very special preparation, and the wrong amount, wrong mixture or not handling them correctly can cause severe illness.
Type
Religious

Answering: "a profession associated with leaders in your world"
Visit CorsairAquilus's Competition Page Check all other answers to this prompt Competition Homepage

Nice, very nice. I am still working as a writer for the tabletop as I was when last we spoke. Can you continue working on these professions when you can. I am working on making a 100 level class system to accommodate much lower and higher levels of play for 5e and I thought my product could add a serious boon to your setting if you ever decided to make it into a game book. These professions could easily be the basis for the subclass section of the book.   (keep in mind it is a long process and will require months if not years in the making)