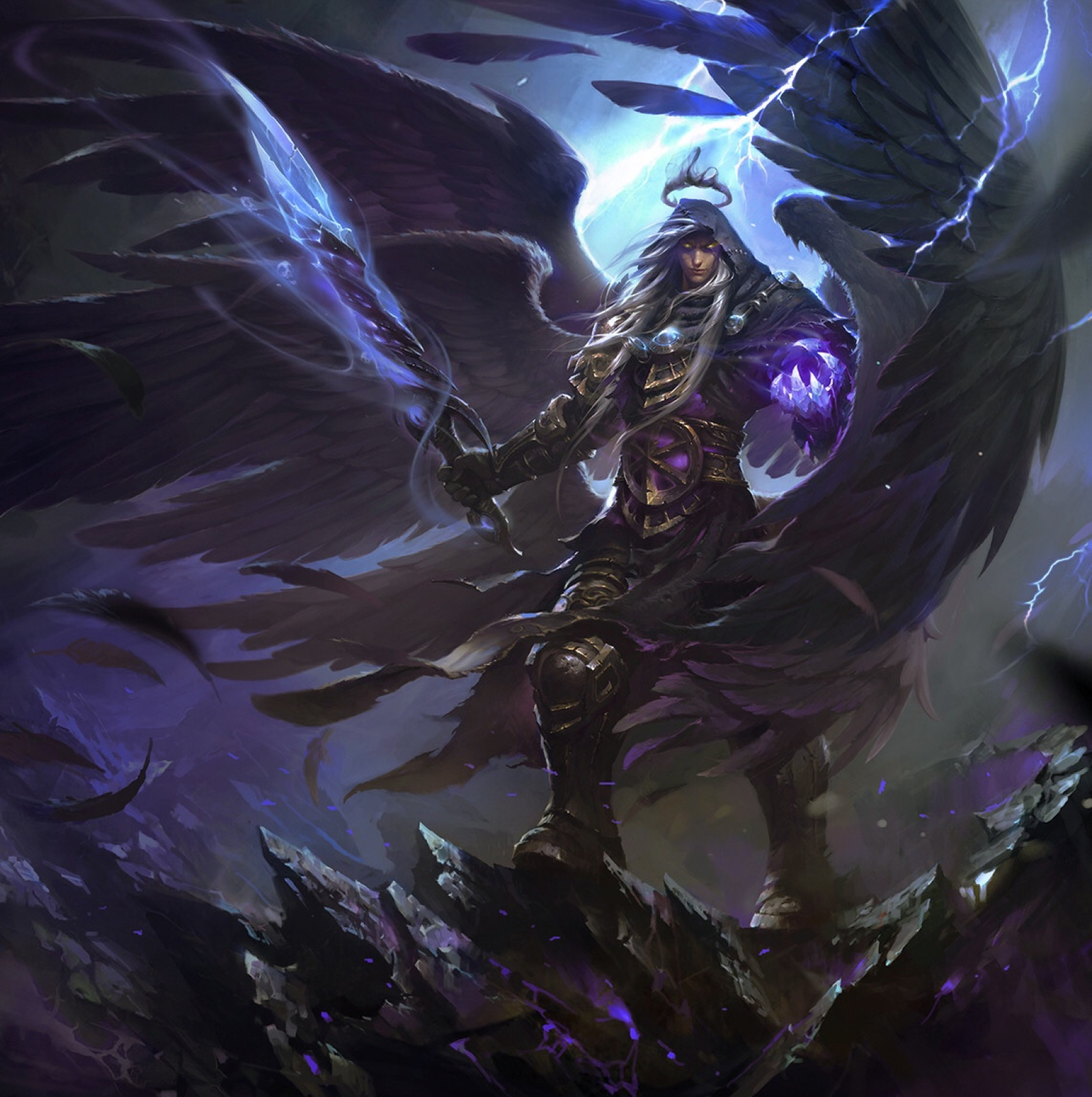 Yahweh is the first son of Avoros and Avira. And he is the only remaining god outside of the Cage. On Earth, he is the God of Christianity, Judaism and Islam. In the Cage, he is referred to as the Great Primordial God. Only the Agruans see him as great. Every other religion sees him as a treacherous fiend. Whether or not Yahweh is good or evil, is up to the individual, but one thing can not be disputed: his ambition has made him the most powerful being in the universe.

The Bible, the Torah and the Koran. The scripture of the Primodial God

A cross, a crescent moon and a star, the Star of David. A star in the case of Agrua

Hanukkah, Christmas, Easter and the rest.

To become the one true God.

Dispersed his physical form when he became God of the Universe.

When Yahweh was born, he and his parents created the Earth. As his siblings were born, they contributed to Yahweh’s creation. When he felt he wasn’t given the credit he was due, he revolted against his father and started the First Divine War. He would later kill his mother and banish the rest of his family to the Cage.

Creating the Universe. Defeating the God of gods.

Glory and honor is worth fighting for.

To claim the glory that is rightfully his.