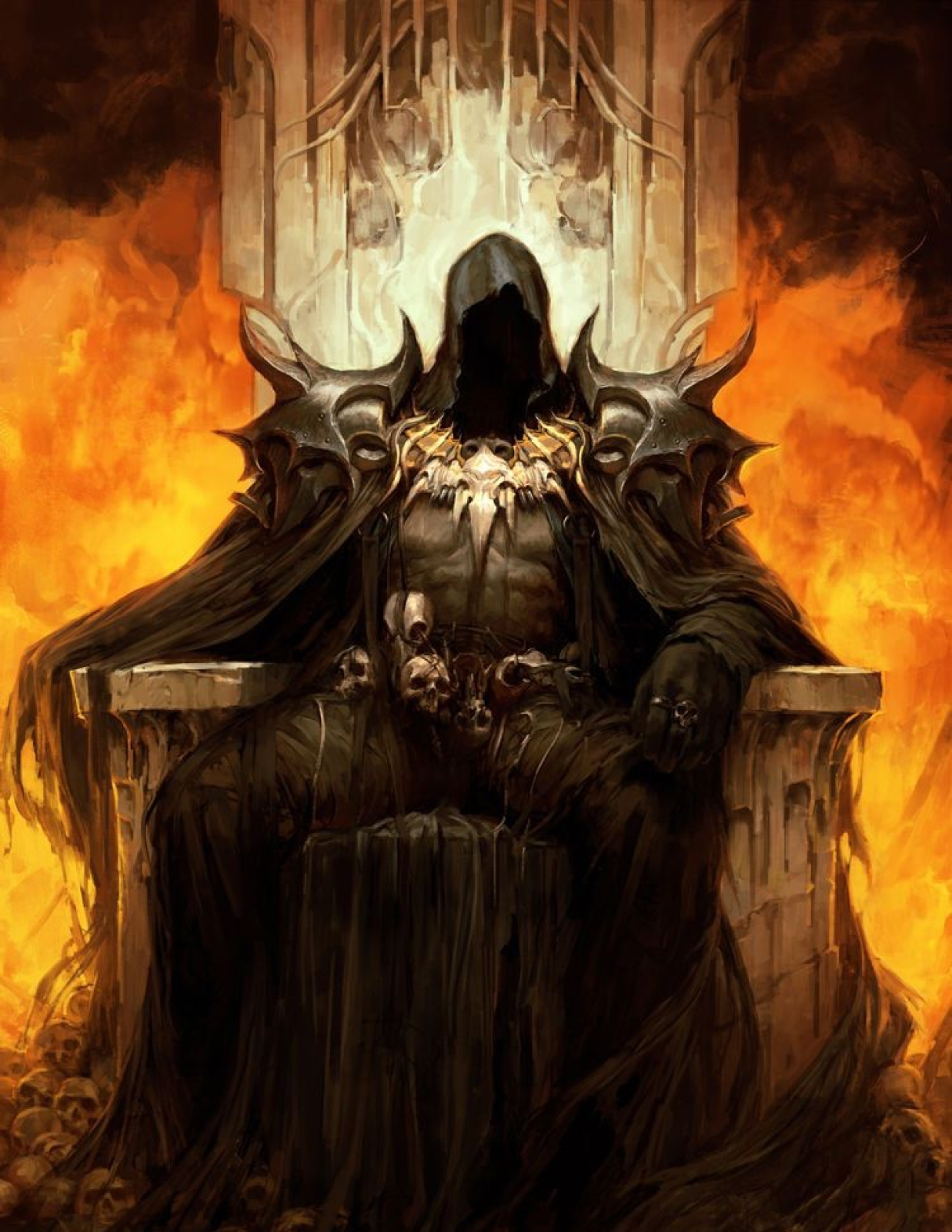 The Burning Soul of Hatred

The monstrosity rose from the earth and as it did, the soldiers of the battlefield were fueled with unending rage. They were driven into a madness unlike any other, slaughtering other indiscriminately. Even their own comrades. Sheer unbridled wrath tore across the field. It was him. The Fallen God of Justice.

The Grimoire of Sin Volume 1: Wrath

"Do not commit acts of transgression against others unless you yourself are prepared to faced the same or worse."   "Forgiveness is for those who are too afraid to deal with their problems. Unleash the entirety of you might on your enemies."

To Make known the false prophecy and to get revenge against Avoros and Yahweh.

Face is cloaked in shadow

After Avoros began perpetuating the false prophecy to solidify the gods' reign, Virasu spoke out against his father, claiming they shouldn't spread lies. That sparked the second Divine War. Virasu and his fellow revolters lost. They were cast down to Xanledash and their divinity instead stood for mortal sins.

Defeated and condemned to be a Dark God

Highly intelligent in all fields except kinesthetic and natural.

Vengeance is not a sin. It's exacting your own justice. And Anger is the motivator of all greatness.

Wishes to spread the truth about the prophecy and take vengeance against his elder brother Yahweh and his siblings.

Siblings of the other non primal gods. Son of Avoros. Father of Kassandra of Nethylor.