The underground network housed most the Unfortunate. That is what Sci-Corp or Universal Divisions settled to label them. those who spent too long in contact with EDE resin or did not have sufficient lead protection from exposure. For those the died, their reward awaits. For those suffering on for years with the affliction, death cannot come soon enough.
Close association with rifts usually confer burns or sloughing of skin without necessary protections, but before humanity knew what was happening, many abominations grafted themselves onto humans. Some provided benefits and a more or less symbiotic relationship. Others were outright parasitic, killing the host in a matter of months. The initial government teams were careless in dealing with the rifts. A new energy source spilling forth was alluring. A teaspoon of the yellow resin could power an electric car for years. Engineers literally drop a few large conductive wires into a vat of the glowing swill and the building would be fully powered for at least a month, sometimes two.   The price was steep. Some people grew extra limbs, organs or sprouted another sentient being. The long unprotected exposure literally defiled human dna into a bipedal malignant intelligence.

Close contact with the menacing glowing stuff will almost result in skin cancer. This is why one must utilized protective lead when working with extradimensional resin. If the goo does collect on the skin, wash away with a degreasing agent and go through level 5 decontamination protocols.   The good news appears to be that once a human has been contaminated, there have been no reports of transmission to other people. It behaves more like an environmental toxin instead of a viral pathogen. 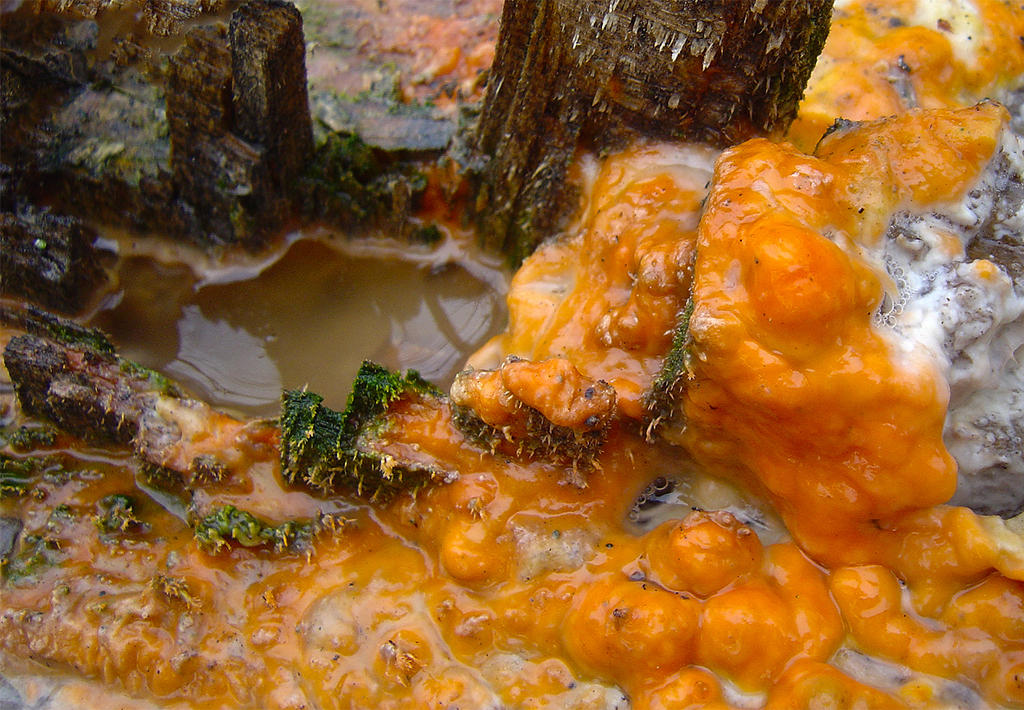 The sap pool by Oniroid

Studies are still in their preliminary stages, but the ichor resin is an agent with extremely high energy storage and low resistance. Its value as an energy source is remarkable. There appears to be no chemical toxins that pollute the environment.  The agent has biomimetic properties. It can copy life forms and interact with our environment through this form of invasion.

Prolonged contact (we expect an hour or so) will cause a contamination of the cellular level. Local malformations can take hold and manifest within weeks.   Symbiotic transfer takes a bit longer, some claim 6 - 12hours will sufficiently infect a host. Expect abominable appendages, organs or an alternative sentience that share your nervous system. A complete consciousness transfer should emerge within a month of infection.   Parasitic invasion is almost certain if living tissue is touching the ichor for over 24 hours. Small samples of human tissue resulted in nasty small humanoids dubbed goblins or kobolds by the fantasy community.

Excision is most successful during the early stages of contamination and if decontamination protocols are observed.   Unfortunately parasitic levels of invasion are so complex because the fibers of the parasite and human are interconnected that treatment usually results in killing the host.

For those with minor afflictions, they can hide the lesions easily enough.  For more complicated cases, symbiotes may provide assistance in regards to the nature of what they are, how to distinguish goblin from kobold. how to effectively "manage the subspecies" and perhaps utilize their labor .    Parasitic infections should be culled, but those under the influence of symbiotes claim much can be learned from the parasites and perhaps even develop a breeding stock for grounds protection and/or scientific study.    Full parasitic conversion results in misshapen humanoids often missing facial features or take on monstrous mouths with sharp teeth. Symbiotes call them Imps in conversation amongst themselves.

"What happens if non humans get into this stuff?"   The researcher raised his head, "Whut?"   Logan chuckled a bit, "You know, spiders, worms, snakes, birds, anything living on this planet. What happens to them if they get infected?"   The blood left his face as if it went to his feet, "Oh, my God."   Logan's smile shifted darkly. "You mean you forgot to think about insects, snakes and vermin that are all around us and what might this mutagenic crap could do?" 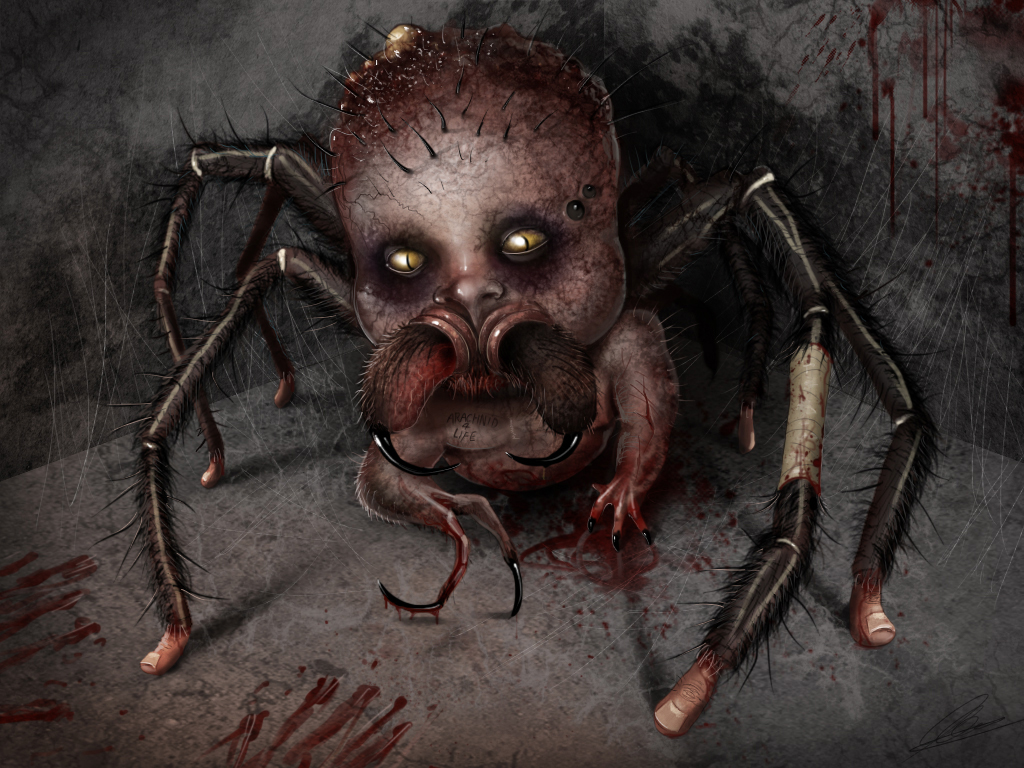 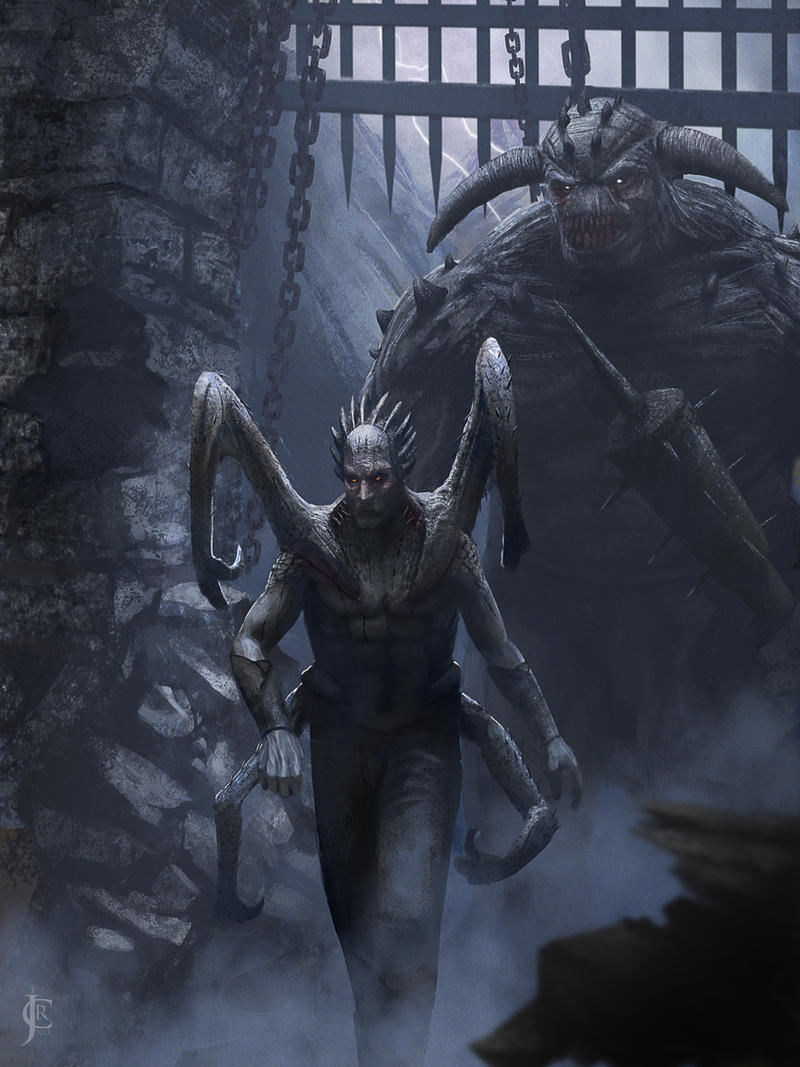 Answering: "a condition considered monstrous or "unlucky" by some"
Visit frankdvm's Competition Page Check all other answers to this prompt Competition Homepage