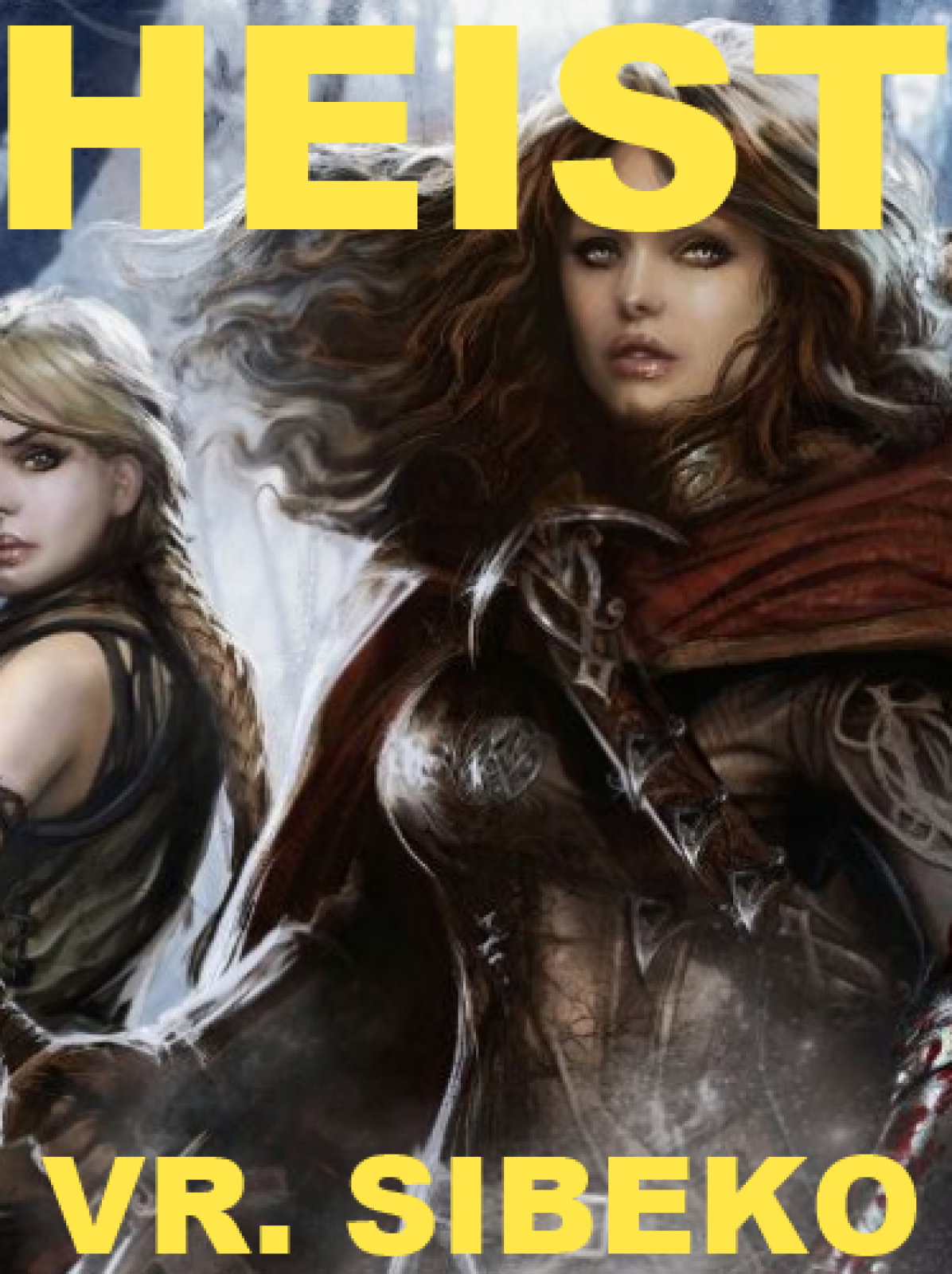 A part of THE ELITE series...

“So, she’s praying her heart out and I mean she’d pray to any god for all she’s worth at this point. When…” Qondile let the moment hold, her tone almost hushed, the other women leaned in. She slammed her hands together, making them jump and chuckle. “Clap! Heather kicks her to the floor.” This was met by ruckus laughter. “Now, of course, these are humans we’re talking about. So the entire bar erupts, tables being kicked back. Our leader in the centre of a circle of ten men when some big furred creature with big hands steps up. And starts swinging at the humans too!”

A whistle broke them up, forcing them to attention. They faced a tower, sharp eyed and tall, so tall she loomed. It was enough to add an icy chill to the mood.


“It’s imperative we make no mistake, there can't be a tool or feather left behind. If it’s discovered that a Black Air Raider was involved, the repercussions will ripple across to all Black Air Raiders in all Enduku.


‘It’ll eventually come back to our special division and Warchief, Destiny Dew Day will personally cut our wings off and mount them upon her wall.” Heather Dlomo said to her band of soldiers.

Her tone commanding and heavy for a woman as wiry as her.

She circled the group, her twin blankets raised. Clear white and black, divided to give the look of black flame on white sky. They twitched, making her feathers ripple, creating an inferno before folding in, tickling her shoulders.


“I guess here is the best place to rest. Make it so,” She ordered after a long silence.


“Lindi, Qondile, first watch,” Heather barked, turning to the others “second Nomonda, Sarah, third Shoki, Mags and I will do the morning shift. I want to reach the Rocky Road before those damned monkey fists.”

Fury Windrake dipped her hands deep into the waters of Pinehurst Falls. Her large ape like hands pulling up a wide pool still enough to let her gaze at her reflection.   She eyed the condition of her wide grey sideburns and the arrow of grey hair that pointed past her forehead to the bridge of her nose. Disappointment marked itself in her reflection, spoiling the straight flow of her light caramel skin. She drank slowly, taking in the sweet taste.   She hadn’t crossed these lands since she was sixteen. The land looked as untouched as it had in her ‘legal’ days.   Two others approached, raising the hairs on her neck.   Calming herself, she threw the rest over her face before spitting.   “Light a fire, cook the remaining meat, store the fruit, it’ll be the last for a few days.” Fury said, her voice, deep, rumbling, like a growling dog or wolf. The two tusk-like fangs did little to distract from it.   She looked to the night. There was nothing but black, marking the dawning of the twenty second moon[1]   The third year since she'd seen her family, the fifth from their tribes in Ibala.   It’s weight visible in their every step.   Fury looked back at the nine. Seven women, two men who were the odd ones out over two meters tall and literally twice as thick as Winter, their smallest.

The group circled Fury, waiting. She filled her hands once again, swallowing mouthful after mouthful.   She gave a harsh, sharp grunt. The group surged with Winter throwing herself in. Blade, their biggest male, barked, flashing tusks. Winter stared back and flashed back her own, a fifth of his.   Fury growled. “Winter, you were in charge of the fire.”   Winter smiled, fixing her tunic which clung tightly to her caramel skin.   “It’s already been lit,” she said beaming, her voice light and soft.   “The meat?” Fury asked.   “I already took it out, I made a stew from the goat’s bones, and the meat’s cooking around it.” Winter chirped.   She beamed at her own initiative.   Fury stared.   “Winter?” she began “I want to know, what water did you use?”   Winter's bright and young Mahogany eyes seamed to cloud for a moment before her eyes fell.   “I-I-”   “Used our remaining water before I tested the river. Winter, have you ever been to this territory?”   “No”   “If this water had been tainted what would your solution have been?”   Winter looked to the waters, silent. “That's precisely what I thought”   Blade dug his hands into the river, splashing Winter. It made her choke and splutter. All but Fury laughed.   “You lose your privileges until we reach the next river for putting us at risk. Fill our bottles, then check the goat's fur. I want to sell it before we reach our meeting point.”

Winter was shattered, only her look of ‘shattered’ outweighed the any other. Her big baby blue eyes fell, her young, firmness, slackening. Even her arrow shaped hair dropped.   Fury growled softly and turned to Sabre, the tallest of the girls.   “Watch the food, I'm going to sleep,” she pointed to Blade “Blade come. Sabre look after things and” Fury hesitated. “And Winter, you can stay in the water until we eat but someone must keep an eye on you. No eyes, no water. Blade?”   Fury sat up with her knees touching her chest, he lifted her in his arms and turned away from the group. She put an arm around his neck, stroking his ears, her fur standing in anticipation.