The major faction of the Akachena elves.

To restore balance in the natural world.

The capital of the covenant thrives upon the endless income of Moon Silver. This is the rare and unique mineral used as currency among the elven species. The Highborn family lives on this wealth and uses it to push forward their agenda.

Aside from the capital, the covenant has several villages around the country of Fariondor.

The elven war vessels are mainly comprised of ships. Unlike the human kingdoms, the elves have a strong connection with the beasts of nature and rely on their assistance for mobility and warfare.

After the fall of Elvanor in the year 286, an elven student by the name of Ni’rosh Aeran'thil traveled to the country of Fariondor. This is where the first elven establishment was founded.

The elven species was quite sparse, and in recent years, the elven city of Moonstar was burned to the ground by Vanghouls. The race was on the brink of extinction, but then Ni’rosh led his people to the island of Starfire, which would later become the elven capital. Hidden in dense mist, the island was yet to be discovered by humans or Vanghouls.

Today, Ni’rosh rules the Elven Covenant as the High Elder of the Akachena elves. Because of the horrors of mankind & Vanghouls, Ni’rosh has become hateful towards other species.

The elven species has their own unique path in terms of technologies. Unlike the humans, the elves do not use any type of harmful weaponry towards the environment, like Black Powder, and therefore limits themselves to non-explosive solutions. 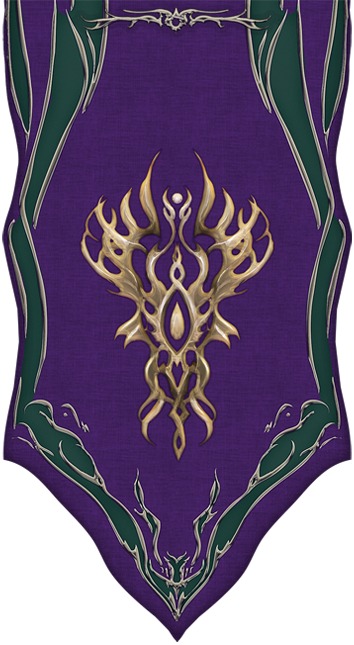 Whispers of the Natural Order.