A secret organization that resides all around the world.

There are no records of what type of war vessels are at their disposal.

Whatever fortune that this union has, it's clear that their funds are seemingly unlimited. Little is actually known about what drives the followers of this faction.

Founded on betrayal and vengeance, the Cold Embrace is a shadow organization that is spread across the world.
This faction is ruled on the fundamentals of fear where its leaders rely on a firm and stringent code.
The ultimate punishment is carried out even for minor deviations.
The Anarious Family
The Grand Noble House of Anarious is considered to be one of the wealthiest families in Serony. They control a vast amount of land and have strong ties with other Houses and Kingdoms. However, they’re not part of the Alliance of Kings treaty and do not recognize Varthero Delaron as the High King. Instead they supply the opposition with access to land, resources, and trade. Over the centuries, the Anarious family has grown significantly in power and their military strength is comprised of highly trained soldiers. Built on a cliff leaning against the mountainside, the Anarious Manor overlooks the city of Empyrus. With multiple layers of inner walls protecting the road towards the top, the establishment is considered impenetrable from the outside. The family itself consists of three major figures. Lord Anarious who is the head of the family, and is in superior control over the Cold Embrace. Skyre Anarious, the son who leads the Knights of Empyrus and has a seat on the council. Errynaya Anarious, the daughter who has her own unit of highly trained assassins, and also has a seat on the council.
The Council
A group of 13 individuals make up the council of the Cold Embrace. Each one has assigned their own branch that they themselves are in charge of. The mysterious men and women of this Order are each highly influential people who sits on either military strength or wealth.
A Shadow Organization
While the Anarious family and the city Empyrus are well known across the continent, the Order of the Cold Embrace is not. The organization is a highly protected secret and known only to military officers and high nobles who are part of the Embrace. The vast majority of soldiers within the Order are unaware that they’re part of this faction. What they know is to follow their commanders and to carry out whatever decision is made by the nobles.
Spoilers from the Scourge of the East
The Cold Embrace was implicit in the murder of High Elder Vazayus Uuthar of Felgarth. The reasoning behind the event remains unknown.

The Cold Embrace is a secret organization that operates from the shadows.

The family behind the Cold Embrace. 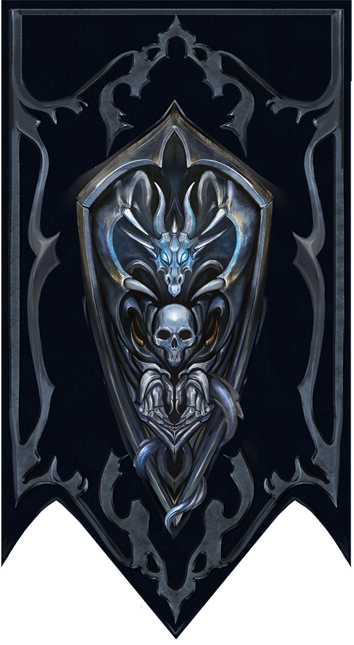 Justice for the new world.