The Amaranthine Archivists are an old society of chroniclers creating, collecting and cataloguing knowledge and wisdom of all sorts and kinds in the world. The Archivists are the owners of an unknown number of libraries, archives and vaults filled with a vast amount of ancient books, scrolls and items. There are also schools and colleges that have been founded by members of the Amaranthine Archivists   The Archivists believe there is much to be learned from the past and it is necessary to preserve information for the future of all mortal beings. They seek to prevent cultures and knowledge to fade into obscurity as they know it has happened with some in the past. Even information about what may seem to be unimportant to the commoners of the world, is treated and catalogued with the utmost care and precision in an effort to not miss any details that may prove to be of vital importance in the future.

The Archivists operate by a set of rules called the Amaranthine Principles. Every member of the Archivists swears their fealty to these principles and breaking them may result in a ban from the society itself.

The Amaranthine Archivists keep a strict hierarchy which allows them to work in the most efficient manner. Each of them has responsibilities and a job within the Archives. From lowest to highest the ranks of the Amaranthine Archivists are as follows.
Clerk: Responsible for keeping track of ledgers and returning items to the correct places in the archive. Many clerks are never promoted and remain within the walls of the archive where they do their work. Clerks pride themselves for keeping a clear system of the inventory by alphabet, subject and date. Anyone requiring a specific tome or scroll will request the aid of a clerk to quickly get what they need. Although the clerks are the lowest ranking within the Archivists, their services are greatly appreciated by the entire organization.
Scribe: Recording and transcribing the work of others onto paper. Scribes are people that are talented with pens and ink. They are responsible for writing and rewriting information that has been gathered. They also spend a lot of their time correcting inaccuracies. It is very common for Scribes to have an aspiration to become an Archivist and they will often regard Archivists with some form of admiration or envy.
Archivist: Venturing out into the world to seek out new wisdom or reclaim long lost knowledge. Archivists are often those with an adventurous spirit that are not afraid of the dangers of the world.
Loremaster: Individuals who are responsible for an institution such as a library or archive and all those that work for it. The loremasters of the Amaranthine Archivists are often retired Archivists or were scribes who were not interested in the life of peril and mortal danger of an Archivist. Loremasters are in contact with one another to keep copies of records and documents in several locations and to also make sure these contain the same information.
Grand Archivist: Individual who leads the entirety of the Amaranthine Archivists and instructs the Loremasters. The Grand Archivist is a person of notable power, as they can change histories with the stroke of their pen. It is not uncommon for the losing party of a battle or war to beg the Grand Archivist to erase that fact from the histories of the archives. Some Grand Archivists have been persuaded to do this when they were offered some other type of valuable wisdom in return.
Type
Educational, Society
Controlled Territories 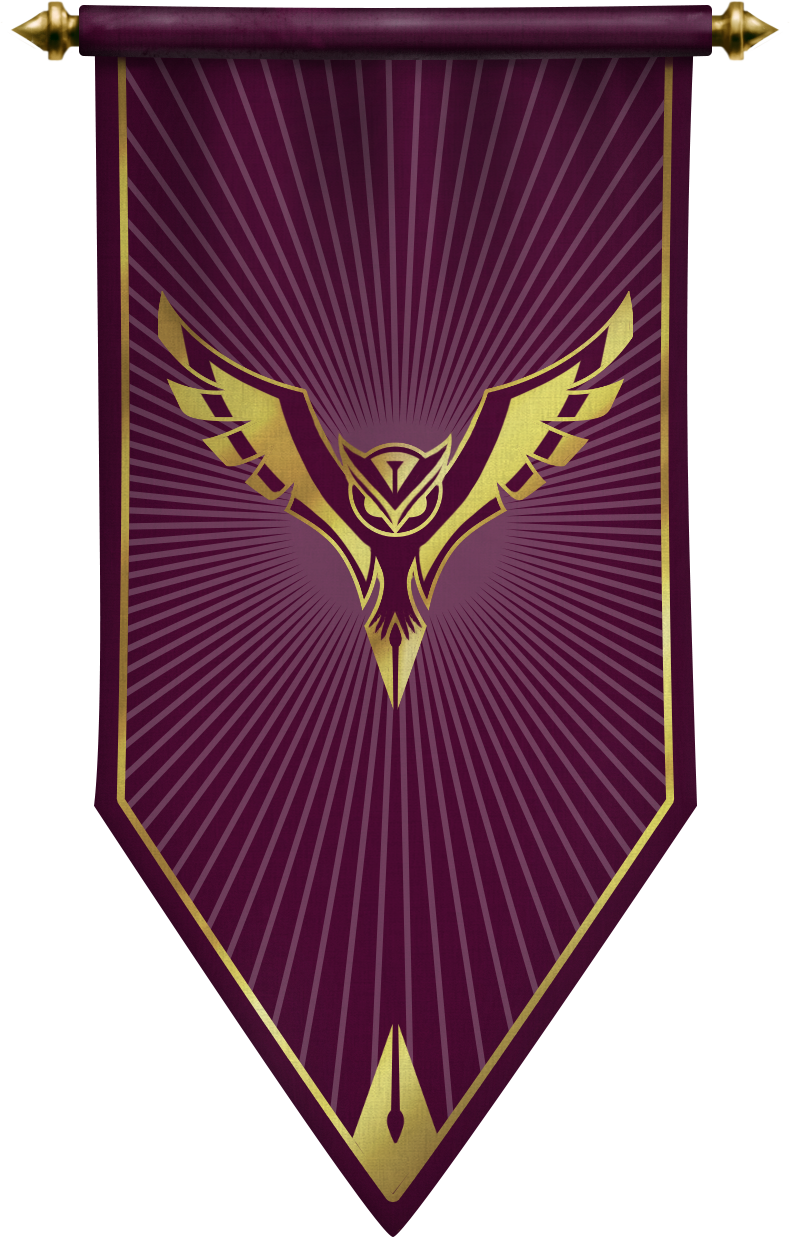 Answering: "an old or ancient organization which still casts a shadow"
Visit Bonus Action's Competition Page Check all other answers to this prompt Competition Homepage

Yesss, Archives! I think I would want to be a Loremaster simply because they are called Loremasters. Great Article :)

Thanks! Definitely a good position to be in I'd say! Got to work your way up from clerk and scribe tho ;P.

Nice work as always. That symbol/flag is ridiculously awesome!