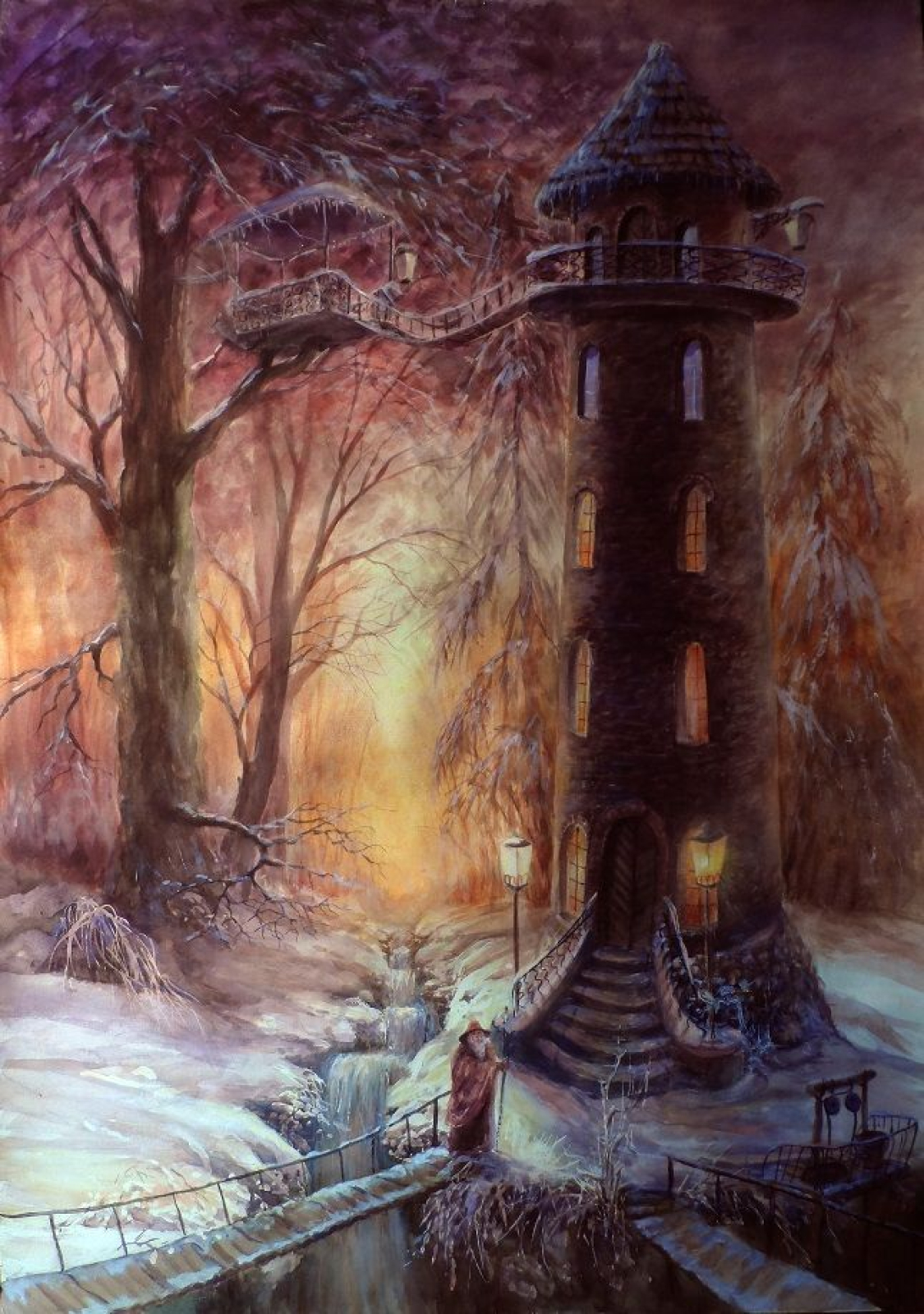 DungeonMasterJoe
Wizard of Bizor Keep campaign:   For hundreds of years, the Red Wizards of Thay ruled over all of eastern Faerun with a mystical iron gauntlet. At their height, the Red Wizards would wage war with the kingdoms of the Sword Coast, battling the likes of the armies of Amn, Baldur's Gate, and the Harpers. Known almost universally as evil wizards to only do business with in the most desperate of times, they forged alliances with demons, devils, dragons and gods. Despite the general mistrust and dislike that most felt towards the Red Wizards, the mages were still able to extend their power to almost every corner of the Realms, running their enclaves as planned in towns where slaving was otherwise banned. From here they ran a lucrative business in the trade of magical items, spells and artifacts, making them virtually indispensable to many of their clients, and as such the wizards expanded their sphere of influence ever further.   Fifty years ago the domain of the Red Wizards of Thay came to a sudden halt. Szass Tam, Zulkir of Necromancy and lord of the highest power over all Red Wizards, was destroyed when his plot to become a being of godlike power was interrupted. Over the passing days, the remaining Zulkirs of the magocracy were slain or otherwise removed from existence, and the great empire of the Red Wizards ceased to dominate all of Thay.   What remains of the Red Wizards to this day? Keeps and Strongholds containing vast amounts of treasure, including powerful items the wizards once used to appease gods and devils; experimental machines of mystical energies that are rumored to continue their functions to this day, some able to defy the laws of the realms themselves; voids of political and economic power left by the sudden exit of the "Red Empire;" and a population of Thayans attempting to live their lives without the magocratic rule of the Red Wizards dominating them.   Nestled in the heart of the Irewood of Thay, west of the Cursed Desert of Chal Sarnae and southwest of the Blackardt Mountains, lay the grand city of science known as Dunwich. Amid the enchanted forest about the great city are the scattered ruins of Red Wizards that were the first to fall when Szass Tam had been defeated, including Mythrellan Keep and Tulandor Keep. And most famous, in this enchanted forest, to all the great wizards of Faerun, is the tomb and final resting place of the Witch-Queen of Aglarond.

The Night You Came Back