The final stage of the Rasennan Empire, the age of the Dominate where the Emperor, his court and his title bearers would reign with absolute authority ordained by divine right.

Much had changed in the demographics of the empire since the days of Marian and Marcus Aelius, influxes of Herodi, Yarmeg, Beihan, and Drassid migrants infused their cultures on those already in place on the frontiers. In the east, the population was more closely resembled the attitudes and structures of the neighboring Rasanid Shahdom, cities dominated public life, and herding and farming land switched over and over to fit with the times of war and peace.

By the time of the Dominate, the empire had given some ground in the east and west. In the east, the border with the Drassids and later Rasanids was less stable as the empire traded victories with the eastern empire for quite some time. Only later, during the reign of emperors like Macerian, would the east know a sense of stability as peace was ensured through treaties. Under emperors like Macerian's great-grandson Grata, the east was once again a turbulent region of the empire as the emperor oversaw the losing valuable territory to the Rasanids and saw his usurpation by cousin Sidonius assured. After Macerian and later Julius Macellius, the empire began to gradually shrink as territory was ravaged by war, plague, and internal struggles. Surprisingly, the empire would persevere and die some 500 years later before the tragic death of emperor Arno sent the empire into one final chaotic period before it was snuffed out by a combined army of Herodi, Rasanid, and Yarmeg enemies.

The army of the Dominate was created during the crisis that came about after the death of Emperor Pracclius at the hands of the Rasanids. Emperor Rursus decided the large provinces of the empire proved a breeding ground for dissent and rebellion and so divided them into smaller regions and split civic and military postings from one another. While Rursus did not invent the theme system, this culminated with the creation of the official Themata or Themes under Emperor Roman I. The military commanders, or domestics, of the outer provinces, created a near martial order in these areas as war-making became the sole focus and defense of the border of the utmost importance. The theme troops, as they were called, were barracked, trained, and paid for in these areas and were recruited among the farmers and citizens of that theme to ensure loyalty to their land was paramount. Theme troops would halt small migrations across the border or, if they were outnumbered, withdraw and regroup with the incoming Tagma and then push the enemy back. Commanders of the themes were called the Domestic early on but later became styled as Dux. The theme commanders were left with the freedom to surround themselves with their own commanders and subordinates, a path for many lowborn soldiers to rise incredibly fast through the ranks, an example being Herus Tzimikus who rose all the way from a cavalry commander in the theme of Agrihenia Oltuna to the imperial regency and acting emperor.

First sponsored potentially by Emperor Aurakios, the cult of the victorious sun was influenced by eastern cults worshipping the sun as an aspect of the creator deity Ahura. More specifically, these cults worshipped an aspect of Ahura known as Zurvan who is thought of as the more militant and warlike aspect of Ahura. With military campaigns and expeditions heading east, these practices were picked up among the soldiers who brought them back to the empire when they returned home. The cult first seems to have been confined to the rank and file as outside them, it didn't seem to be able to reach a wider audience. However, under Rursus, the cult would achieve new popularity as he expanded the reach of the Victorious Sun to include nearly all aspects of society as he increased the cult's leanings to its eastern origins with more influences from the deity Ahura. Soon, a hierarchy was established with a head auger, the emperor himself, and the cult became the imperial cult and its popularity soared due to its sponsoring by the imperial family. While it would hold on for some time after Rursus' death, the cult did not achieve the meteoric rise that it enjoyed under him, under some emperors like Macerian, it continued to be the most prominent religion in the empire but slowly faded away for the next centuries. It was not until the rule of Emperor Roman IV that the cult was codified and transformed into "The Ecclesia" or Church which was more focused on a strict theology regarding the creation of the world rather than a cult that had secretive practices, the Ecclesia was a formalized theological hierarchy with an appointed Patriarch as the spiritual leader of the new faithful. Later on, towards the end of the empire, a sect of the Ecclesia converted the Hasdinians who had conquered much of the west. These new converts adhered to a rite differing from the more orthodox rite of the empire and so over time, a rift began to form between these two leading to the schism of the Ecclesia into a western and eastern church with separate Patriarchs appointed as spiritual leaders. Today the two branches are known as the Mundana and Pankomisa Ecclesia.

The Dominate would oversee the most militarized and violent era of the Rasennan empire, the constant border skirmishes with the Herodi and Yarmeg were only disrupted by the clashes with the eastern Rasanids who proved an equal foe in terms of organizational manpower and in fielding effective fighting forces. The Rasanids were much more militarized than their Drassid predecessors, mirroring how the Dominate was viewed in contrast to the Principate where a semblance of Republican authority was realized.

As always, the coastal areas came to prioritize cereal crops, vines and olives were produced in vast quantities, whereas interior areas were mainly given over to raising livestock of various kinds. Fruits and vegetables were also widely produced, including in urban centers where these things could be found via internal and external trade links that were still very much a part of the empire's priority list. The Dominate era also saw increases in the empire's hold on silk production and the manufacturing of other goods like the aforementioned silk as well as oil, wine, salt, fish, meat, vegetables, other alimentary products, timber, and wax. Luxury items, such as perfumes, textiles, dye manufacturing and spices were also very important to the higher classes.

The Dominate saw the emergence of thriving cosmopolitan markets in the large provincial cities of the more stable provinces. These cities in these provinces powered Rasennan trade as emerging mercantile leagues and families helped pour wealth into the empire which in turn sought to ensure safe travel for their prominent merchants in lands beyond the frontiers.

Education in the empire during this time took quite a sharp decline, the traditional education of a noble decreased as well as literacy rates across the empire as more priority was placed on martial and physical skills than in scholarly and academic pursuits. Sources in this time are much more simplified with events detailed in a dry and dull tone with little in the way of personality and personification as was often the case earlier in the state's history. Education for the sitting princes and princesses of the imperial family were often focused on military affairs and statecraft while girls were schooled in academic fields like naturalism and astrology.

In the war-plagued years of the Dominate, infrastructure took a heavy hit compared to the ages of the Republic and Principate. With constant incursions on all its fronts, the empire did not have the resources to rebuild all its damaged towns, cities, temples, or other infrastructure. Roads were prioritized as they provided an avenue to more effectively transport troops and so upkeep of the footpaths and major road networks was high on the imperial to-do list as well as a means to garner public support who always appreciated clean and orderly streets and paths. A large piece of propaganda in the time of the conquering Hasdinian Emperor Radimane was his restoration of many infrastructure failures like cisterns, bathhouses, libraries, foundries, and other projects that saw little upkeep by the imperial and provincial governments. 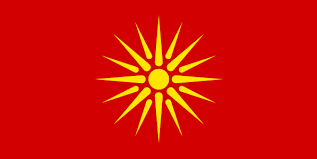 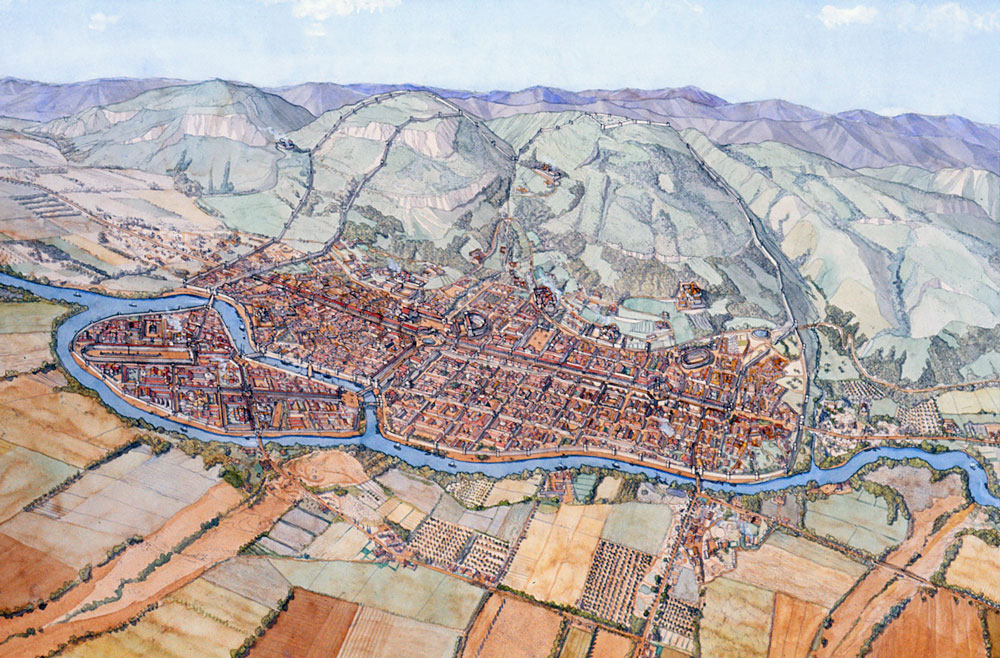 (The eastern Rasennan fortress city of Durris, a major battleground against the Rasanids) 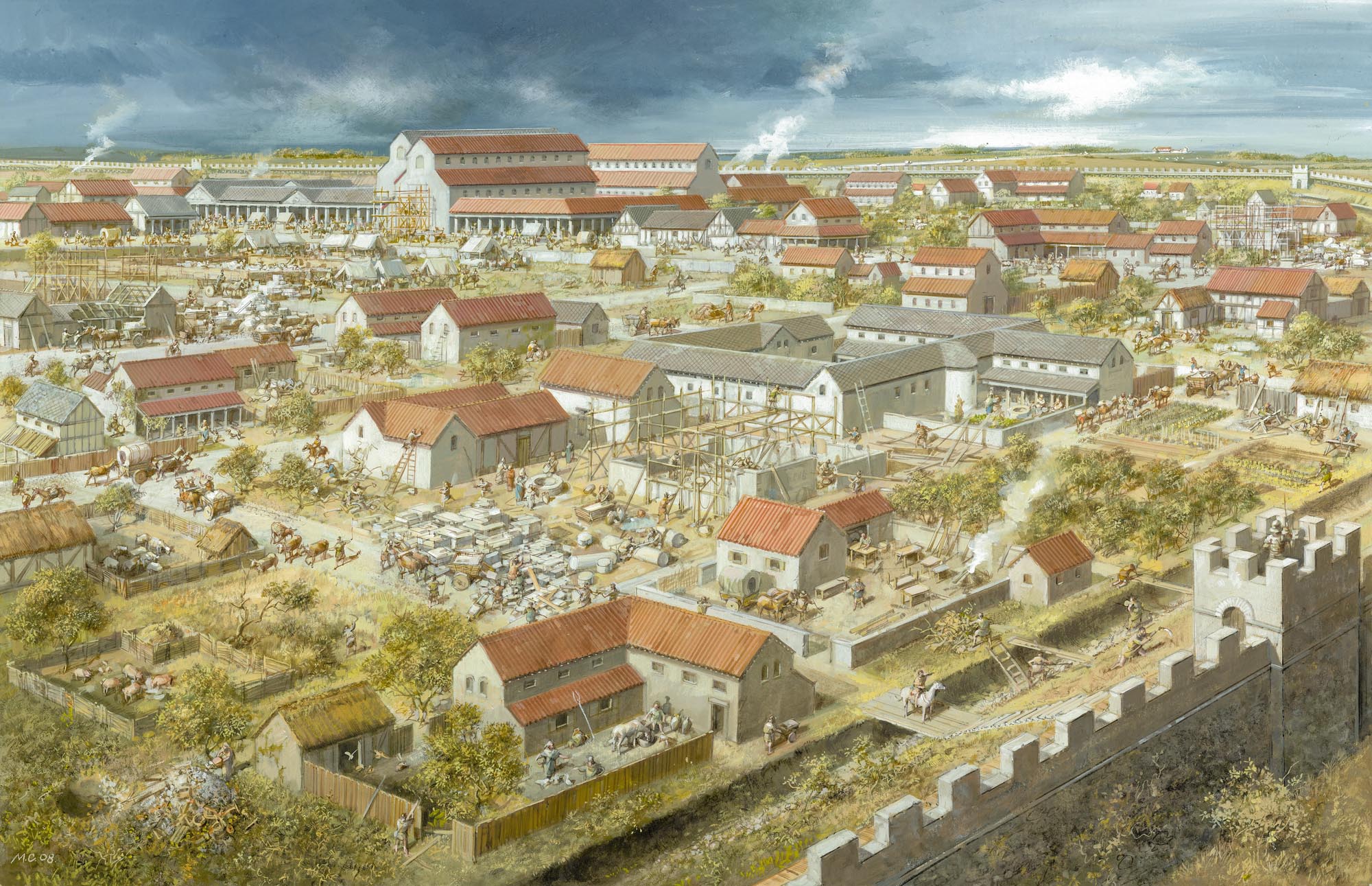 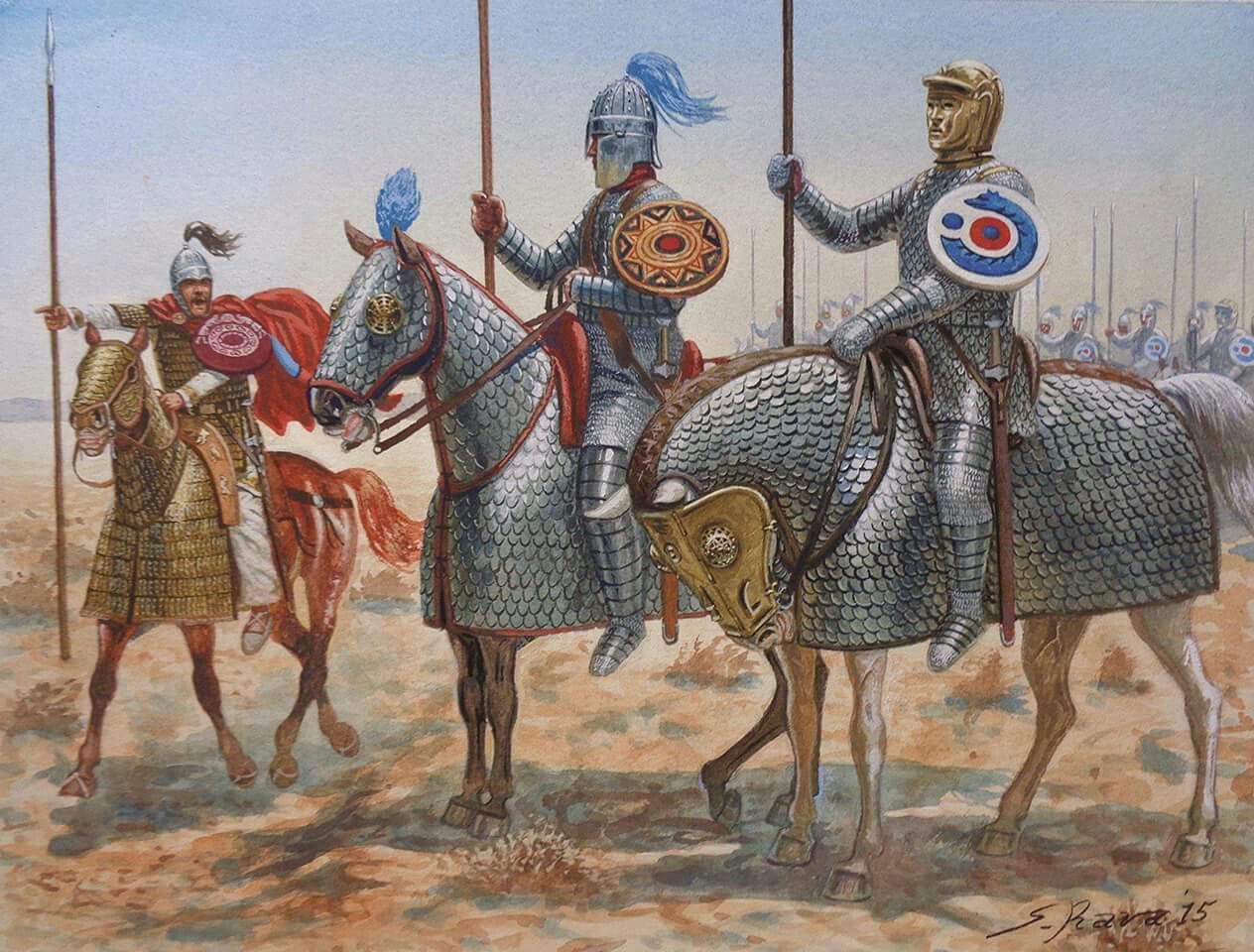 Type
Geopolitical, Stratocracy
Capital
Rasca
Predecessor Organizations
Formation Type
The Imperial Legion
Training Level
Professional
Veterancy Level
Veteran
Government System
Stratocracy
Power Structure
Federation
Economic System
Command/Planned economy
Currency
Centrally issued coinage varied, The Sesterce was still used as the most common copper coin used by a majority of the empire in situations when bartering was not used.
The Denarii was used commonly as the silver exchange coin which was used often by merchants and traders as a steady coin of various silver content
The Solidus was the soldier's payment, typically a soldier would receive their payment in monthly intervals and often received a single Solidus coin which could be traded in for new weapons and equipment supplied by the state. The Solidus was a very internally traded coin, much more so than the Sesterce or Denarii.
Executive Body
The Emperor and his court ruled the empire thoroughly and transparently. Obviously, the Autocrat of the Rasenna still reigned with authority but that authority was now leaning more on the divine as the Dominus was seen as the vice-regent of the sun itself. Around the emperor, men with imperial titles and command positions orbited with their own semblances of authority with the most influential men being the captains of the Tagma regiments who were the imperial troops when the Emperor went on campaign.

These captains commanded the Vigelai, "The Watch", the Hekantai "The Able", the Numeranoi "The Numerous", the Spatharii "The Sword Bearers", the Cubrati "The Sentinels" and finally the Scholai "The Scholarly" who was the seniormost unit of the Tagmata and typically were led by the Emperor directly or his captain who held the official title of Magister Militum Praesentalis, "Master of Soldiers in the Presence of the Emperor".
Official State Religion
Cult of Victus Ouea
Subsidiary Organizations
Location
Rasca
Official Languages
Notable Members
Related Ethnicities