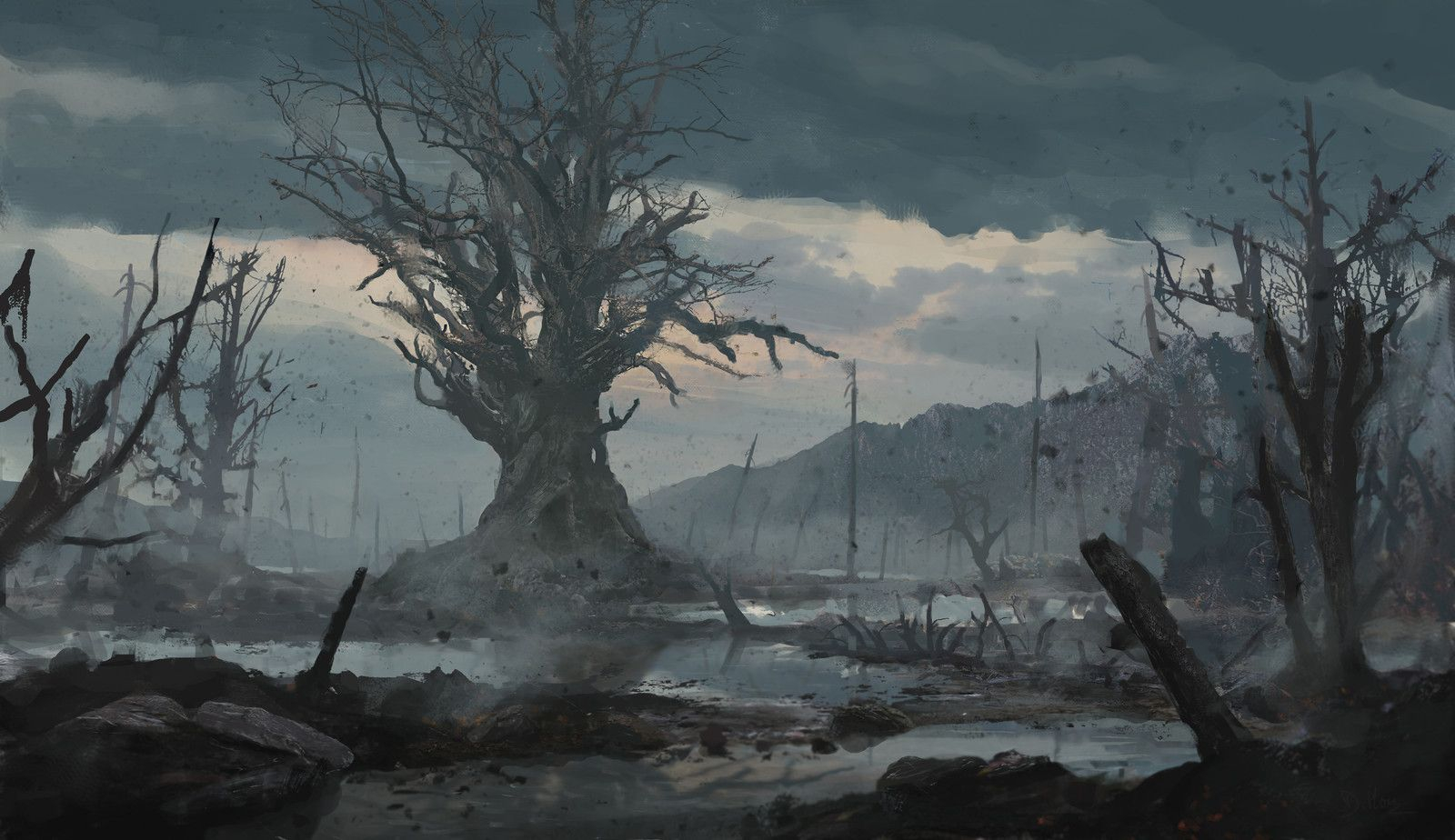 TheTrashman_20
Before the days of empires, great kingdoms, great kings, and stories, there was nothing. In the first act of a play that would carry on through the cosmos, a small seed sprang into existence from nothing and along with it, a baby girl who would have many names and many faces in the indescribable future; To some, she would be Wera, mother of a great tree and all life that came after. To others, she was Marte, the hung god who burst into existence solely to create, destroy and create again. In faraway lands, where the sun would burn bright, she was called Ahura and she was the beautiful gardener of a tree whose roots comprised the ground and beneath them lay an eternal ocean where life springs from. A common theme is a tree, all peoples would know of such a tree as all peoples descended from one who would call the tree their home. In time, the world was peaceful and calm, but stagnant and stale as life sprung out without plan or agenda, this was until another came forward from the empty void with a purpose destined from reality itself. This being was an equal and opposite of Nila and her tree, not a gardener but a reaper, not a creator but a destroyer and one whose purpose was to force change to a stagnating universe. This was Kataka, born of the void and brother of the gardener and from Kataka came all the moving parts that would make the universe whole for gods and mortals to live among it. In equal balance the two siblings exist, one cannot be allowed to gain control over another, and on and on forever their dance rages as serene as a still pool and as violent as a crashing waterfall.

From violent creation came a lonely and sorrow-filled beast, a giant cradled in the arms of the world, taught destiny and called Aurelmir. With knowledge of its destiny in mind, Aurelmir sacrificed itself for life to spring forth from it. From Aurelmir's bones came the bedrock, its eyes gave the moon and sun and its flesh graced the world with soil. The lonely soul died but with a gale of breath, Aurelmir gave wind to the world and life when from its nose, ears and mouth came the Jotnar, the first mortals. Nila grew envious of her brother's creation and so fashioned a competing race, from tree roots, spun sand, and thrust with life from the waters of her pond she gave life to the gods and placed them in competition. The gods were blessed with longer lives and greater insight into the cosmos due to their association with the older cosmic sibling and thus they became dominant of the giants who lived hard rustic lives close to the earth. In equilibrium, the world knew peace as the two species brought balance for a time.

As time dragged on, the gods and giants became prideful and their desperation to rival their far-off creators led them to ruin, the gods created man, an attempt to mimic their own creation and gain a new subservient people much as they felt they were to Nila. The giants on the other hand using their mastery over the fabric of creation, created life of their own called the Kunkal, abominations of breathing metal with the cold cruelty only found in mortals. With power growing to rival their creators, the giants feared their creations but hated the presence of mankind more so instead they sent their creations to exterminate mankind. Early man knew nothing but fire, fear, and confusion for much of life as the gods looked on helplessly as fields of human bones littered the world in a sea of white scorched plains. However, mankind was not helpless, they rallied behind heroes of their own and fought the giants and their creations directly. The wars between man and the giants were apocalyptic and the gods feared the end times were upon them so early in the cosmos' life. Deciding mankind's just fate was to rule the world, the gods gave them weapons and aid in their fight and soon the tables were turned and mankind hunted the giants, turning loose the gifts of the gods and reaping vengeance on their one time persecutors. Mankind drove the giants to solitude, isolation, and paranoia and as they ascended, the world rose from its hectic early days to a new era of growth. Battlefields and graveyards became farmlands and pastures as the leftover magic of long-dead giants was the fertilizer that propelled mankind to prosperity. In prosperity, the memory of their triumphs fell to the writings of storytellers, and time dragged forward until the world forgot its scars and moved on.

Farmlands and pastures became cities and cities propelled the world forward as the world of man came to greet each other again, ships and caravans bound with wealth and stories connected the world once more and prosperity and peace returned. People became tribes and tribes clashed against one another to become Kingdoms and states, soon some dominated others and each vied for glory. Nations rose and fell and mankind knew names of conquerors, statesmen, politicians, revolutionaries, heroes, and tales of greatness. A lone city beside a sacred river rallied to conquer the world and a time came when a sea was united beneath the shade of eagles wings. However, the allure of power brought challengers and when the eagle became old and sick, vultures came and picked at the old predator until the bird fell and shattered, turning the world to fire once more. Again, mankind knew nothing but fire, fear, and confusion once more as the world trembled, great conquerors rode and ran through the world at spearpoint, carving away ruins of the world for themselves and damning the rest. However, like it always does, the world moved on as the cycle started once again and a third age comes and conquerors, statesmen, politicians, revolutionaries, and heroes bidding their time for their moment once again.

We find unlikely heroes living to survive in this harsh world, in the city of the old eagle wanders a boy sleeping high above the blood and mud washing through the streets. Here is discovered a great artifact in a shrine to all gods, a key to saving or dooming the world sought out by an old enemy who rises with it. Tossed headfirst into destiny, Marius of Rasca must gather friends and allies as he ventures to the old north to save the dying world from the entropy slowly gnawing at its heels.
Terrarum Discussion Boards