008. A Solid Lift and an Incompetent Robbery

The party traveled over the road to Jafone. At the Dragon's Teeth Quarry they hitched a ride with a cart driver who carried a large block of granite to the city.   Here Gimdalf went off on his own to fullfill his promise to Gram Crackers to gather herbs for her.   In the city, the party encountered a band of thugs while they were looking for an inn. It wasn't an ambush, because one of the thugs tripped and made a racket.   After a short fight, two of the thugs ran away. Their leader was dropped unconscious by a viscious mockery of Fei Fennenhalf.   He was stripped of his possesions and (most of) his clothes and left lying in the street. Gram drew a charcoal mustache and monocle on his face. While Fei drew a red circle with a dot on his back, using his own blood.   Having found an establishment called the Blastwood Inn, Fei haggled the price of a 3-person bedroom with breakfast down from 8 sp to 6 sp. They booked three nights. 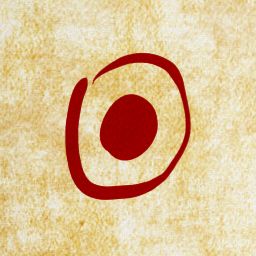 Your Tribute Was Late. Don't Let It Happen Again.

— Piece of paper found on the thug