Erilon lay face down in the mud, his blood mixing with the muck and filth, he could feel his life leaving him. He heard his assailants approaching him laughing, how little they knew of his kind.   "Hold on, just a little closer" he grunted through gritted teeth.   One of bandits bent down hand closing around his hair to pull him up, he clenched his teeth in pain, "Not yet" he thought.   "Ha this one still has some life in him!" Said the brutish looking thug, the others came forward to join in the beating that was about to start, but Erilon had other ideas.   With final resolve he let loose the corruption inside of him, the blood around him suddenly rose up from the mud shooting towards the men, drving bloody tendrils in to open mouths and eyes, they screamed in intense pain as life was literally drain from them. Erilon felt his wounds knit rapidly, strength returned and he grabed his assailant with both hands.   "You should of finished me when you had a chance" he said quietly.   The veins on his hands and forearms rippled and burst, blood shot forward in to the shocked face of his would be killer, his skin disolving and hair turning white as the life was rent from his body, he dropped to the floor moments later as dead as his companions.   Erilon stood for a time panting fighting with the whispers that now filled his head, drenched in blood like some horrific demon he finally regain his focus. Glancing around he spoke out loud   "Time to move on I guess."   With one last glance at the bodies he disappearing in to the night.

The Half Bloods wander the lands trying to find somewhere they can call home, they are always the outsider, often feared for their heritage and abilities. Despite this they are strong willed and can often be found amongst groups of heroes who fight against the darkness and corruption of Dashiva, The Dark Mistress and Morgesh, The Mad God, for they have a first hand understanding of the absolute evil that these gods represent.

At first glance Half Bloods seem to be human, infact they can often pass as such for they resemble their mother in looks, however on closer inspection their are tell tale signs, faces slightly to angular to be human, brows that are more arched that one would expect and ears that have the tell-tale tapering of the elven people. Pale skin that is a little to white for a human and the dark thin viens that can just be made out beneath the surface of the skin.   However these things are minor in regard to the thing that marks their kind for what they are and that is the fact that their eyes glow faintly red in low light, and flare to bright blood red when they are angry, or experince other strong emotions, during these times the black veins under their skin become more noticable and their faces take upon a look of pain that is usually deeply buried.

Born of Suffering and Pain

Half bloods are a product of the unnatural union between a Khenari and a human, usually this would not bare fruit as elves are not genetically compatible, however due to the corruption of their bloodline this union can result in a Half blood or in the creation of a Spawn of Dashiva. If a half blood is born they are usually sacrificed to Dashiva as it is dangerous to let them live, however sometimes the Rashanni will raid the slave camps freeing the slaves and helping them to escape over the mountains and through the deep desert of Rashira. 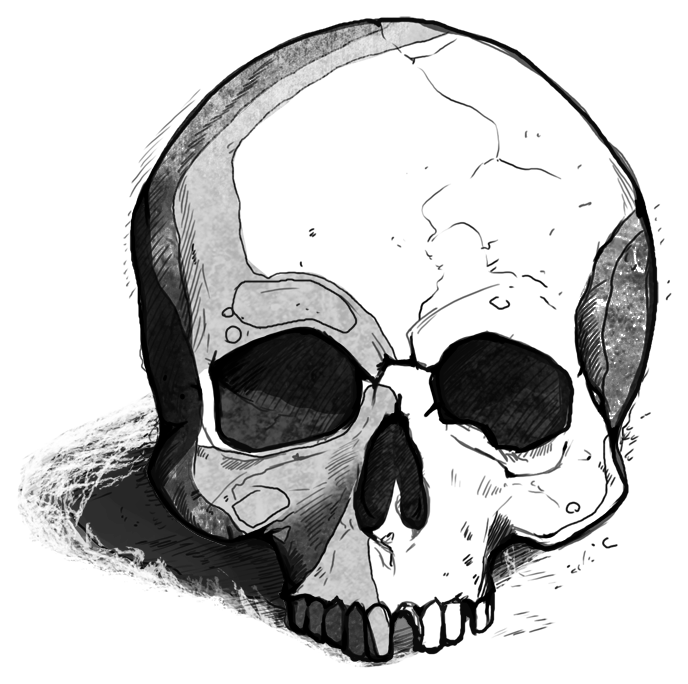 Half Bloods carry the Taint of Dashiva within their veins allowing them to perform blood magic, however due to their parentage they are not affected by the bargain that binds the Khenari to the Dark Mistress. They have become extremely resistant to her call and are known for their ability to endure suffering and pain, many of their kind become Blood Witches who walk the knife’s edge between Life and Death.

There are many myths surrounding their abilities some say they can steal the soul of people, but this is far from the truth as most of their power comes from thier ability to manipulate their own blood and that of others, to the point that in times of dire need they can literally pull blood from their enemies to heal themselves, and if a Half blood is close to dying this effect can be even more deadly.

Half Bloods have no nation or home, they insted drift between settlements and kingdoms, staying for a time until unwelcome. On some rare occassions they may find a place for themselves in the large cities since they can unnoticed by most, keeping their origins hidden from most. This especially true of Freeport as it is a racial melting pot and haven to many unusual people.

Half bloods tend to take their names from their mother's cultural origin, or choose one that they feel fits their identity, so there is no one naming convention for this race.

Age: Half Blood reach maturity at the same age as their human parent, however they tend to live longer sometimes as much as three centuries, this makes it hard for them to make friends as they are outsiders to both cultures.

Alignment: Half Bloods can be of any environment though they tend to ward neutrality since most of their lives are driven by just trying to survive, they do on average lean towards the side of good, more out of a hatred for the heritage than any ethical philosophy.

Size: Half Bloods are taller than the average human standing around six feet tall but have slimmer than average builds. Your size is Medium.

Speed: Your base walking speed is 30 feet.

Darkvision: Due to your Khenari heritage you have superior vision in dark and dim conditions⁠. You can see in dim light within 60 feet of you as if it were bright light, and in darkness as if it were dim light. You cannot discern colour in darkness⁠, only shades of grey.

Blood Drain: Once per long rest you have the ability to forceably rip the blood from one target doing 2d6 Necrotic Damage, and healing yourself for half of the damage inflicted. The target can make a constitution save to take half damage (DC13).

Bloody Instinct: Once per long rest if you are reduced to zero health, you instinctivly pull blood from all those around you within 10 feet, dealing 1d6 Necrotic Damage to all target, healing you for half the amount of total Damage, The targets can make a constitution save to take half damage (DC13).