"Do not touch that sir!!!" Eliza Monteran yelled, slapping large mans hand with a rolled up flight plan. "You are not qualified!"

"Oi' now Miss Monteran, isn't need for that!" Davos Gillis cried out, the towering Vrock more surprised than hurt, obviously, by the swat. He glared as his gnomish captain and pilot. "I dunno what the big deal is. It looks like a simple machine, just like a typewriter."

Eliza's face went red as a tomato then and she rose from her seat, swatting the big man with the flight plan rapidly. "Out, out, out, by the Void, get yourself out of my cockpit!!!" she screamed. "A typewriter, really? Get out!" She slammed the door as he ran off snarling as she moved to sit back down. "Just a typewriter? Imbecile. That typewriter is the only thing on this damn bird that is nearly as important as me!"

The machine works like an ordinary typewriter to all intents and purposes on the end of the one using it, once it is calibrated. That is the first major difference. On the left side is a panel of number keys and the letter keys for 'A-L' along with a 'dash' key, an exclaimation point key and an asterisk key. This set of keys is used to key in the code of the Sky-port, a designated four digit string of numbers, with an asterisk at the end. Then you key in the code for the tower you are to hail, which will generally contain 4 letters and 3 numbers in a mixed bag order, split by a dash somewhere, ended with a question mark. You will recieve an immediate string of three letters with an exclaimation at the end. You enter those to calibrate your signal to the controller's magne-graph whom is to guide you. They will have done the same with your aircraft and callsign as well, the instant you hailed the tower. From there the MCPC takes over, these seven slivers of pure mana crystal, kept constantly charged by its magnetic astroniculium core, drawing in and stablizing manna from the surrounding air. This component acts as both reciever and messenger, and is a complex piece of craftsmenship, perhaps on par with some of the works of Dwarven Runesmiths. The peoples of Waston protect this secret even more than they protect the secrets of their more advanced firearms. They happily share everything about all other aspects of the Sky-ships, even including how to remove a damaged core safely, or install a new one safely. But the cores themselves? Those few whom make them, they are never allowed to leave Waston. They are esteemed citizens, but are never allowed to leave their country, and as of this day and age, none ever have.

Again, its just a typewriter. The MCPC however, is a very secretive thing, and Wastonians are not liable to talk about it.

A magne-graph first and foremost, yes for the person sitting in front of the keys, as far as they are concerned, mostly, it is a typewriter. The key differences however, are significant and important to discuss at length. Suffice to say, the significance of this device overall, is well almost obvious. Without this simple, rather humble (for something using Magne-tech this is a rather humble device in its function) device, the aviation industry as it exists today would simply not exist. But what exactly does it do? What is it?

It is the communication device used to communicate between controller hub towers in Skyports, and the Sky-Ships themselves. with a range of almost five kilometers, these instruments and their skilled operators are the ones whom keep the air traffic flowing safely and efficiently. Flurries of messages typed and then printed, back and forth, sent via secured magnetized manna streams, a polarizing charge from the strange metal core of the MCPC keeping the message in order, and the energy used to transmit it on target and untampered. Upon arriving at the designated target, decided by a complex system of coded destinations, entered into the side of the machine by the operator, the message is printed out on a sheet of parchment for the recipient. The trick with using a Magne-graph well is speed and efficiency. Limiting the number of times one has to retarget it is a big one, which is flights are planned on BOTH ends well before the crafts take off. You already have a tower designated in your flight plan you are to contact, and they already have your frequency written down, so you need nearly to say where you are coming from, and what time you were to be landing at, and they can check their schedule for that day, and swiftly see the exact designation code for your aircraft, which they can then enter and respond swiftly. The other trick is on the ground, to do the best one can to avoid overlapping more craft into any given tower's field of responsibility than they have Magne-graph's. A general rule of thumb is any given tower should never have more aircraft under their responsibility than they have Magne-graphs-1. That way in case a keyboard breaks or some such, there is a free backup ready to take over immediately.

"Now I am sure many of you think todays lecture on the singular most important invention of our aeronautic revolution here in Waston will be Sky-Ships, or perhaps the MCPC itself. And while both valid options I present for you my vote, which is also my vote for the most underappreciated invention, as well as the least well known inventors." Reaching below the desk, the old gnome lifted the heavy old typewriter like machine, lifting the panel at the back to reveal a still pristine and fully functioning MCPC.

"My dear students I present to you the Magne-graph. Waston's unsung workhorse. Allow me to explain, but first, with the help of my esteemed guest up on the balcony, miss Eliza Monteran, allow me to show you its features." 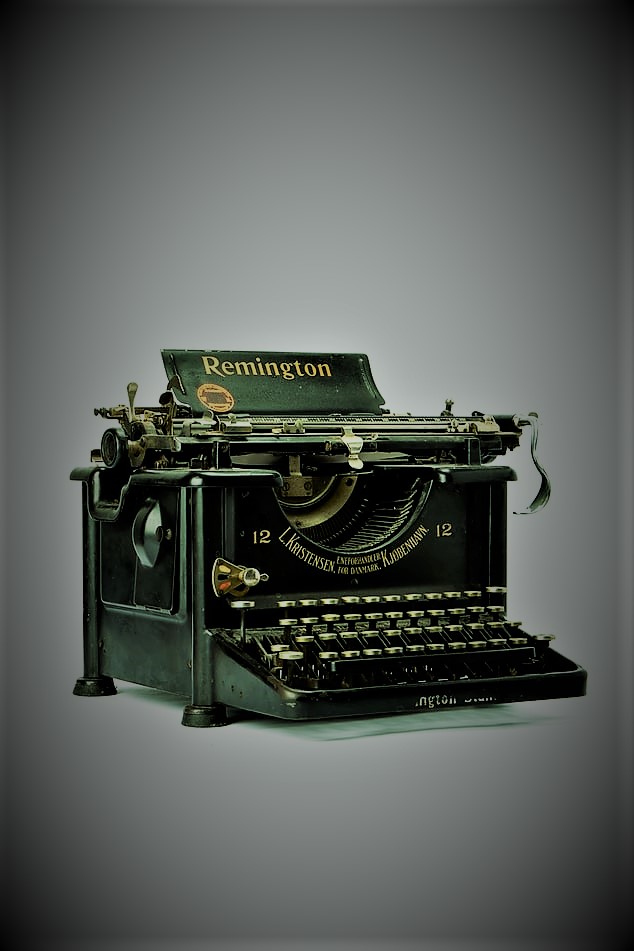 Item type
Communication
Rarity
Depending which nation your in, really effects how rare they are. Anywhere north of Nightvale, that is Rohara, Raechin, Depenwood, or Suranth, it is an 'Exotic' good, meaning you are very unlikely to find one unless you work with one specifically, such as at the Sky-Port, or you send a requisition south and wait likely at least a year, perhaps two.

In Susma, Kang-Chorath, Mora and Valewyr they are exceedingly rare, but if one finds the right craftsmen in one of their largest cities, one may just be able to get one.

In Waston they are rare, but that is only because like all Magne-Tech it is....a delicate process to make them. Especially assembling and handling the Magnet Crystaline Power Core (MCPC). So though Magne-tech is a massive technological breakthrough, and was discovered in Waston, but of course this doesn't mean it is not a difficult field of production.
Weight
Magne-Graphs can come in a variety of sizes, but as a general rule, besides a Master Control Unit, or another specialty design, your average Magne-Graph weighs anywhere from 5-8 kilograms
Dimensions
19.05 cm x 43.18 cm x 35.56 cm
Base Price
25 Gold Suns on average, though its cheaper closer to Waston you are, getting as low as 19 Gold Suns.
Raw materials & Components
Normal typewriter components for the most part. The core requires about a round, perfectly round piece of astroniculium about the size of your palm. It must be perfectly smooth, pure and a perfect sphere. From there, it is carefully mag-etched, a process kept secret, but that leaves no visible mark. Then comes the delicate and dangerous part. Seven perfect slivers, crackling with power, each the size of a grape, but paper thin. One of each of the true manna crystals. They must be handled with care, and attached in the perfect order, from memory, to the etched but not visibly marked slots to accept them. Once started this process must be completed quickly. From the first sliver to the last, once the first is put on, must be finished in but a handful of minutes or the core will discharge a powerful and uncontrolled blast of pure elemental power, with whatever shards were already there. Once all seven are placed, the core will grow white hot for a moment, and the slivers will start orbiting it in very specific paths. From there with carefully designed tongs and a particular grip, it is moved and placed in the machine in question. Note this power source is infinite, and once its locked in, it is exceedingly stable. It would take a near unfathomable amount of force to move one of those shards off path of its orbit, disrupting the whole system, which can lead to catastrophic and chaotic energy discharges.
Tools
Besides the regular variety of tools and fine machining tools to make a high quality type writer, not much is truly known about the tooling.

Full open use, I am building something to be expansive and fun to use to create my vision of a place in my own mind. This is merely the spilling of all my ideas, not any sort of finished product, so though I desire to keep credit by all means it is open for use. Take it and fly my prettys!!!! Let your adventures be bold, dangerous, dark and evocative!!!
Article template
Item
World
Tariek Rough Collection
Category
Finished (less artwork perhaps) Summer Camp Prompts in SUMMER CAMP 2021!!!!
Author
Twaren Stormborn
Publication Date
2 Jul, 2021
Creation Date
2 Jul, 2021
Last Update Date
5 Jul, 2021
Visibility
Public
Views
203
Favorites
2
Comments
0
Work In Progress