Garden of the Heavens

Deep within the forested region of Central Park, called the Ramble, are dozens of interesting sites and features of the botanical area. However, not all are visible to the public.


Like this one set of trees near Hanging Rock. I’ll shift to my half-human, half-mountain lion "combat form" and get the best naps there! At least until some screaming blabbering jogger stumbles along then calls animal control on me…
— David "Puma" Ironhorse, thief, mercenary for hire, and perpetual “problem child” of the “gray mask” community


Cities develop their own personality. Grow their own secret places. Some of those do not like visitors…
— The Shadow, "Dark Avenger" and crimefighter


The Garden chambers were discovered during the initial excavation of what would become The Lake. It had been sealed for centuries by a thick covering of unusually fertile soil. Inside, the workers found a deposit of artifacts from the original native inhabitants of Manhattan.

Along with these pottery shards and other items was a natural growth of quartz-like crystals. Each outcropping of crystals was almost as large as a man's head. The crystals glowed, especially when hit by light. One worker remarked that it was like looking at a "garden of heaven".

Top Secret! Read at your own risk!
They didn’t know it, but those crystals were the rare mineral Eisenite! But! They were certainly about to find out!


Interesting that the workers never stopped to wonder… had the cave been sealed on purpose? Why? For what reason?
— The Shadow, "Dark Avenger" and crimefighter


The cave was a fascinating find, but clashed with the planner’s vision for what Central Park was to become. However, they left it alone as a curiosity which attracted many visitors over the years. Yet, authorities recorded a series of unexplained events such as flying, or inhuman levels of super-strength. However, some visitors experienced dangerous results, such as the ability to extend large thorns or claws out of any part of their body, or throwing blasts of fire from their hands.

The city closed access to the cave immediately. The Bow Bridge was erected over the entrance to both preserve the visual aesthetics of the area and hopefully allow the public to forget the cave existed.


A Cave Found, Then Lost

In the early 1930s, a man named James Wilson McCavendish became the talk of the town as New York's first "costumed" or "themed" criminal. A supposed mystic, Mr. McCavendish went by the alias "Trickster". A name that would be reused multiple times over the decades. The Trickster's crime spree was brought to an end by one of the early vigilantes, The Shadow.

Evidence left by the Shadow led the police to uncover McCavendish's base of operations, the Garden of the Heaven's chambers. Only during McCavendish's stay he had remodeled. Unknown to most. McCavendish was obsessed with the Egyptian mythological figure of Sutekh, or more commonly Set, the trickster god. Therefore, the two caves of the Garden of the Heavens had been remade into an exact likeness of an Egyptian temple complete with alchemy workshop! 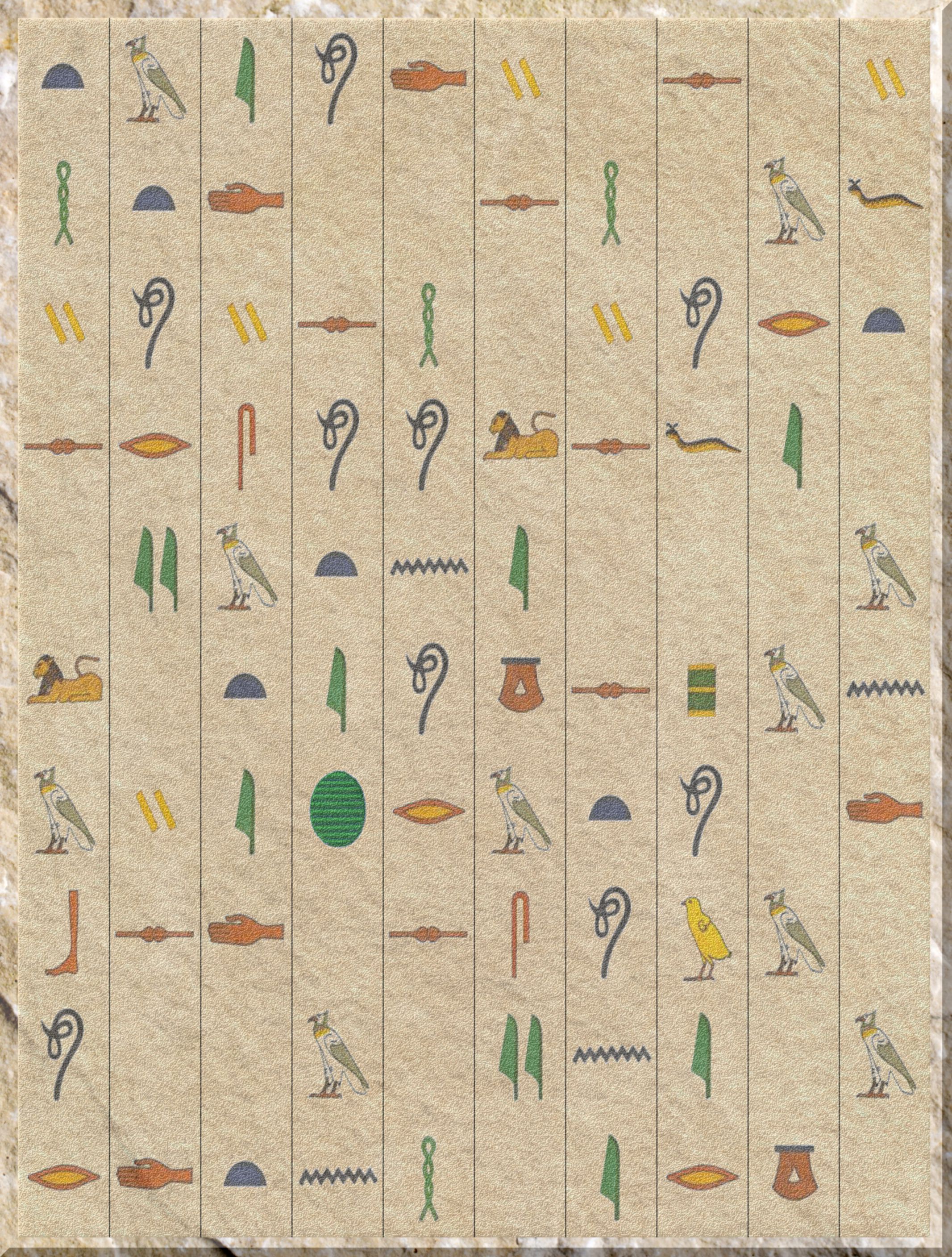 Wall Panel in Garden of Heaven by CB Ash

McCavendish had reworked the mysterious glowing crystals into the décor, using them as either ambient light sources, fuel for stone-framed firepits or other items. The police confiscated what they could remove, then bricked the cave shut. Mysteriously, all evidence and city planner references to the exact location to the "Garden of the Heavens" vanished two months later.


It's unfortunate that some secrets, once they see the light of day, don't like being kept in the dark.
— The Shadow, "Dark Avenger" and crimefighter


Today, the "Garden of the Heavens" caverns are considered an obscure urban legend. Treasure hunters sporadically search Central Park, looking for the "magic glowing crystals" workers talked about in 1857. None have been successful. However, many suspect there is a secret entrance near the Bow Bridge at the south side of the Ramble.

Any dedicated searching has been difficult because of the presence of meta-powered members of the Golden Lotus crime syndicate. They frequent the area and discourage treasure hunters from "disturbing the natural beauty" of the park. Yet many suspect the syndicate has ulterior motives.

Top Secret! Read at your own risk!
Do they ever, True Believers! The Golden Lotus discovered the caves decades ago and its eisenite deposits. A little reworking of the interior and they set up their own brand of container gardening! All to grow the mysterious Crystal Vine plants that are key to their tattoo ink that gives them their powers!


It's not much of a 'secret' really. I mean, not that I know anything mind you! I've just read a few articles...
— David "Puma" Ironhorse, thief, mercenary for hire, and perpetual “problem child” of the “gray mask” community

Structure of the Caverns


The Garden of the Heavens cavern is a two cave structure with the primary cave being closer to the surface, almost directly above the secondary, longer cavern. It's the second cavern that contains the veins of eisenite.

A little dark, a little foreboding... 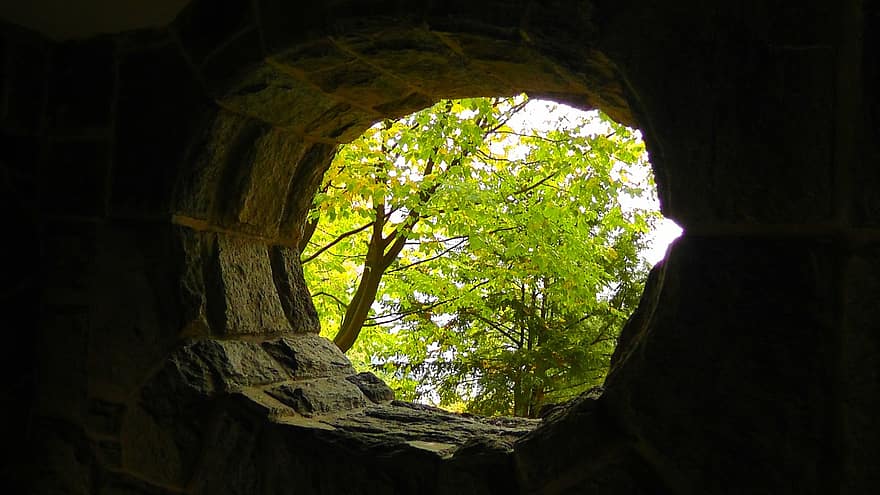 Cave from Pikist
The first chamber is the smaller of the two caves. Like its twin, has been styled in an Egyptian theme with hieroglyphics talking about Set. The work is amazingly historically accurate considering it was completed in the 1930s.

At the entrance, the cave has was reworked to have a set of stone stairs from the secret entrance under the Bow Bridge.

This short staircase leads to a wide ‘temple’ area that is roughly 30 feet across and 40 feet long. Two ten foot long, square stone fire pits line the walls a few steps past the bottom of the stairs.

These fire pits have hundreds of crystals that line the bottom. They have been rigged with batteries and an electric eye system that sends a spark through the crystals of the fire pits when anyone crosses the entrance. The result? The crystals erupt in an energy burst that resembles fire. This lasts for up to an hour before the crystals go dormant again.

A set of stone tables pushed together to resemble one long table comprise the alchemy workshop area in the back of this cavern. Near the entrance, a concealed door connects to a set of spiral stone stairs to the chamber below.


The lower cave is not as wide, being only about 25 feet across, but is much longer at 60 feet. This has also been altered, with the addition of four long rows of containers used as ‘raised bed container gardens’. Unlike the cave above, this chamber is riddled with thin veins of eisenite that are concealed among the hieroglyphics carved into the walls.

Once exposed to light, or charged with a plasma or electrical charge, the crystals radiate a blue aura that bathes the plants growing there with the radiation unique to eisenite.
This was inspired by a real life location, Ramble Cave, in New York! Also with much inspiration from the MMORPG "City of Heroes" for their tattooed meta-powered villains, and comic books love of using exotic hideouts for villains. The character of "The Shadow" is not the one from the pulp stories of the 1930s but was heavily inspired by that character.
Founding Date
?
Type
Room, Natural, Cavern
Parent Location
New York City
Owning Organization
Golden Lotus 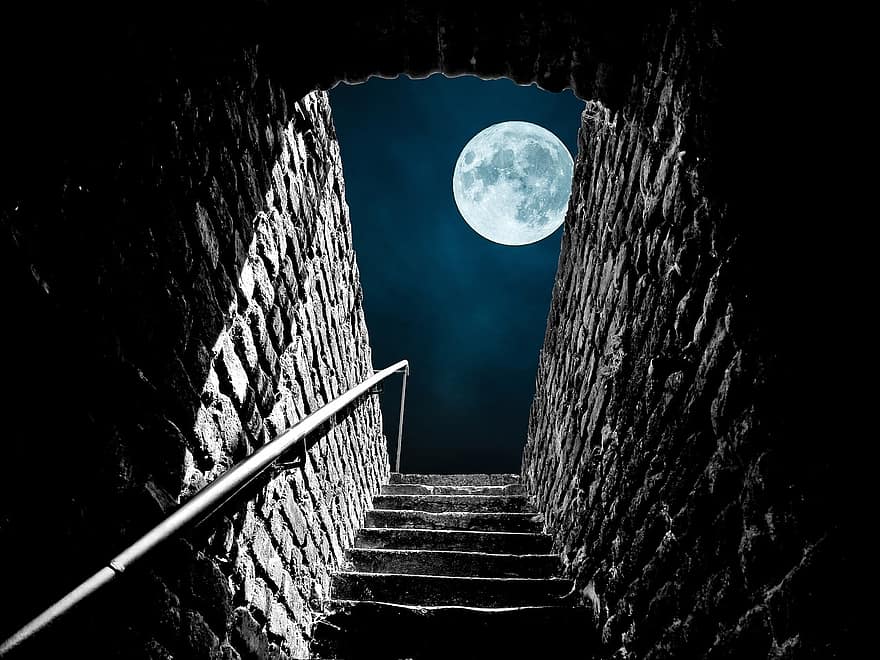 
The glow from the eisenite has been a topic of conversation among the fringe communities around New York for years. While the detailed records may have gone missing, written notes and stories told by the workers in 1857 keep the interest alive.

A common theme of all the stories is the blue or gold glow the crystals would give off. The light was said to be bright enough to see in the cave, as if it was almost noon on a cloudless day.


It’s sort of warm really. Like layout out at the beach… uhm… or so I’ve heard…
— David "Puma" Ironhorse, thief, mercenary for hire, and perpetual “problem child” of the “gray mask” community

Game Mechanics!
The eisenite crystals in the Garden of the Heavens are only active so long as they remain in the chamber. However, any characters within range of their radioactive aura could suffer the following side effects.

Orange Aura
With this aura, heroes within 2APs of the walls ( 20 feet ), will gain a temporary meta-power unexpectedly. This is provided the eisenite overcomes the character’s current DEX/BODY as the OV/RV for defense. If the mineral is successful, the character’s meta-gene is activated which mutates the character. As a result they gain 1 meta-power at the AP level of the RAPs gained. This power lasts for up to 10 APs ( 1 hour ).

Red Aura
With this aura, heroes within 2APs of the walls ( 20 feet ), will suffer the effects of a Loss Vulnerability to Physical and Mental Attributes. This is provided the eisenite overcomes the character’s current DEX/BODY as the OV/RV for defense. If the eisenite is successful, the character is suffers a loss equal to the number of RAPs gained by the eisenite to their BODY, MIND or both. Characters who suffer this loss, recover the APs in 10 APs (1 hour ) of time.

Note that the crystals respond to light, temperature and energy. If triggered, one of the three auras will be emitted randomly.
New York City

Tweet
Unless otherwise stated, all artwork and content are © CB Ash and Jarissa Venters, 1993-2021, All Rights Reserved.
Original CSS "Comic" theme comes from Oneriwien but has been adapted/modified and expanded by Kummer Wolfe

Nice article! Your top secrets are fun to click on and read. The gardens remind me a little bit of the famous suzhou gardens, such as Lion's Grove, which has small little 'caverns' with uniquely shaped stone.

Thanks! I hadn't thought about the suzhou gardensm but I see what you mean. It was a fun article to put together. It's been really fun running players experiencing it! :D