The basics of arcana

Magic is something prevelant all across the multiverse. Some call it an aura found on every living being, others something that exists as a fundenmental law of the cosmos. In truth, the exact details of what it is are yet to be

When considered by many, magic might seem like another law in the cosmic order of everything. But in actuality, it isn't a law. It is a flaw. Magic is something that defies the rules of reality itself and shapes them to their own will. Casting spells warps the perception of reality, messing with the established cosmic order. To avoid everything falling apart, the cosmic law tries to fix it right there, causing magic to happen.

Many believe the reasoning of why this is is because Fasma made mistakes. With the evidence that even Celestials aren't perfect beings, it makes sense. Others theorise that it was always intended to be a cosmic law, but changed over time into something else. Whether it be because magic alters reality or not, nobody is sure.

When it comes to casting spells, the methods are simple to explain, but convoluted to execute. Through trial and error, people have found ways to trigger magical effects. This can range from specific hand gestures to mixing incantations and components together. Complex or powerful spells might cost an arm and a leg to pull off. Some rituals even take days to complete.

Regardless, spells are classified under difficulty levels, with each level being harder to use. Cantrips are the lowest level as any caster worth their hide can cast them at any time. Other spells experience to cast, with some only being possible for veteran archmages. As of today, the average mage learns spells up to 6th level in their lifetime.

Magic can be seperated in two major categories: personal magic and environmental magic. Although both rely on the same laws, their practises are slightly different. They can be also split up in subcategories, but that's discussed later on.

Personal magic is the most common form of magic. Used by all mages across all worlds, this type of arcana relies on the individual themselves to achieve one's arcane potential. Through the means of spellcasting and rituals, one learns how to manipulate the flaw of reality to their whim. Although not all mages learn magic equally. As far as people know, there are three methods of obtaining spellcasting capabilities:

Magic from the Mind

Most mages study the flaws of reality and exploit it, as such putting years of study to work to cast their spells. Via learning spells through memory, they know how to perform magic. As such, their potential is the most limitless, but also difficult to achieve in a single lifetime. Through trial and error have they achieved their status as mage.

Magic from the Soul

Some mages learn how to manipulate magic through age and experience. As the longer people have seen what the world holds, the more they learn their tricks. Their soul is woven into the world, unifying theirs with faith, nature or others alike. Through said bond with a higher power, their magic is born, alongside some other nifty traits.

Magic from the Heart

Some people have magic run through their veins. Whether it be through birthright or accident, their magic comes from within. Their magic is cast either via the curse or blood that exists within them, or even from the passion they show. However, their arcane is unpredictable, leading to some becoming a threat to themselves and others.

Because personal magic tends to use one's own body as a conductor, not all people can handle magic equally. It is not uncommon for beginning mages to tire themselves out. However, trial and error does lend itself to improvement. As such, it's a rarity for casters to handle powerful magic at a young age, but not downright impossible.

Remember: You are mortal. Even the strongest blade breaks under too much pressure.
— Common Spellcasting Advice

Should a caster push themselves too hard, they suffer from the effects of Arcane Overflow. While treatable, it is to be sometimes lethal if not careful.

The second type of magic is environmental. As the name implies, this is the type of magic that exists in the landscape itself. Because it is a flaw of the cosmic law, it is able to shape reality, leading to supernatural or magical effects. This can be anything from unnatural weather to weird traits in plants and animals alike. In the study books, these places are called Aetheryical Hot-Spots.

Although its uses are as varied as with personal magic, the most common forms they're found in are as such:

The most common trait that this magic grants is infusing beings with magical properties. This can be anything from creating casters to even allowing Dragons to fly without wings. In extreme cases, environmental magic can distort the flow of time and space. As such, rooms might appear bigger inside or time can move slower in some areas.

Such potent magic is however, not without its risks. Like with the dangers of personal magic, too much exposure can cause long-term damage. For some it might only be some hair colour changes, while others downright mutate. Extreme cases even remain cursed for their entire lifetime... If the effects don't keep the individual alive forever.

Magic in Fabulae & Beyond

Even though magic is hard to define in specific ideas, it didn't stop people from categorising it. As such, over the course of centuries, many spells are organised in groups known as schools. Each school resembles a particular method of spellcasting, from raising the dead to throwing firebolts.

As of today, most scholars agree upon 8 schools of magic (with 1 extra for unlabelled spells):

In most organisations that utilise the schools system, students focus on only one or two at the time. By limiting their spell list to a specific type, many learn to become creative with what they have. Granted, the system is not universally accepted. Some wizards and other mages consider the classifications as limitations instead. As such, while most governmental groups accept the concept, independent mages might not.

Granted, the presence of magic isn't all healing and fixing body flaws. Magic has a nastier side to it which leads to some casters abusing or exploiting it for various reasons. Some use transmutation magic to make fool's gold, while others go as far to brainwash and manipulate others for nefarious reasons. To not mention the dangers of environmental magic creating monstrosities in the wilds.

As such, most civilised regions have regulations on who and where one can cast magic. Wizards require licenses while Sorcerers get registered for being born casters. Some places even provide material to either help or restrict spellcasting. Of course, seeing as magic can come from anywhere, this isn't a perfect plan either. At best, it minimises the damages caused by some casters.

As for artefacts and relics, they tend to become valuable in underground markets. Seeing as they often store unknown magic, many collectors seek them out religiously. As such, discoveries of new magic items often gain the attention of those running the region. For better or worse.

Wizards use a spellbook to keep track of the spells and rituals they know of. Granted, luring eyes all around, such knowledge is often kept cryptic. To avoid it falling in the wrong hands, most Wizards write in what is known as Arcane Anarchy: encoded texts that to the normal eye look like nonsense.

Should you burn your hands, remember to wave your hands and scream. Don't aim the burn marks at yourself, you know what happens.
— Wizard's note

Some expert wizards don't even keep their notes or spells in a single tome or book. Certain casters have learned to put their notes and research on everything from cloaks to cake recipes. Extreme cases even tattoo it on their body or make their spell books out of Mimics. 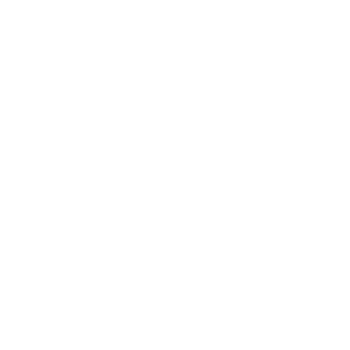 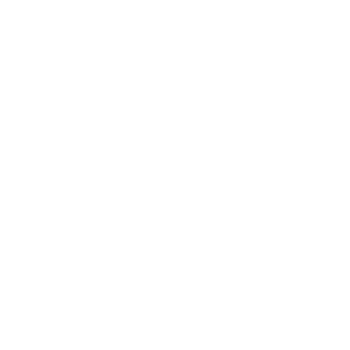 Tweet
Join Tales of Fabulae: Retold Discord!
This setting uses trademarks and/or copyrights owned by Paizo Inc., which are used under Paizo's Community Use Policy. We are expressly prohibited from charging you to use or access this content. This setting is not published, endorsed, or specifically approved by Paizo Inc. For more information about Paizo's Community Use Policy, please visit paizo.com/communityuse. For more information about Paizo Inc. and Paizo products, please visit paizo.com.
Additional artwork is owned by their respective owners.
Cover image: GoldGreen Set - Generic Article Cover by Vertixico