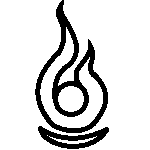 Long ago, the continent of Sichelan was struck by the Great Sangfroid War, tearing it assunder. An empire crumbling under its own weight, a kingdom lost in battles, a goddess abandoning her people, and a dark age sweeping the lands.

For a while, Fabulae seemed like it has fallen into the shadows, prone to corruption and the endtimes. At least, it used to look like that.

Now, a new age has come that tries to fix the problems caused by the past. A new era where adventurers and explorers are welcomed, where new legends and myths are to be written down.

Welcome to Tales of Fabulae

Journey to the End of the World

Fabulae is a high-fantasy Pathfinder 1e setting set in the world of Fabulae, a magical realm that has begun its slow development into the industrial age. Travel across the main continent of Sichelan, uncovering its secrets beneath centuries of conflicts.

Intrigue yourself in the depths of lost history, uncover the truths of lost civilisations, and see the expansive lands that surpass time and space. From the frozen winters of Nõrdlann to the mechanically advanced Teutönn.

Delve into the classical fantasy races of Elves and Dwarves, but given their own spins reimagining the basic tropes. Whether that be breaking down the grace of Elves, or diversifying the concept of what a Tiefling or Aasimar can't be.

See a world where magic and science intertwine, from the power of the divine to the invention of firearms. Witness the shift of classic fantasy to more modern ideas, where old tales are put to rest and new ones are to be made.

An introductory to Fabulae

A quick introduction to the world of Fabulae itself.

How do you want to be remembered?
— The Divine Question

Everything in regards to the main setting of Fabulae itself.
... World of Fabulae

A guide to the multiverse beyond Fabulae.
... Expanded Universe

The various species and subspecies from across the multiverse.
... Species

The guide for new players and those looking to join campaigns.
... Player Handbook

Articles in regards to WorldEmber, Summercamp and other WorldAnvil events
... Events

This setting uses trademarks and/or copyrights owned by Paizo Inc., which are used under Paizo's Community Use Policy. We are expressly prohibited from charging you to use or access this content. This setting is not published, endorsed, or specifically approved by Paizo Inc. For more information about Paizo's Community Use Policy, please visit paizo.com/communityuse. For more information about Paizo Inc. and Paizo products, please visit paizo.com.
Additional artwork is owned by their respective owners.