The Church of the Warden

In the beginning there was nothing but the Creator. There was neither land nor sky nor sea, but neither was there any emptiness, for all was the Creator and the Creator was all there was. And the Creator lay dreaming.
One day, the Creator spoke to itself: “I will make something that shall be Not-Me. It shall be a great work with no fault in it. Its perfection shall stand equal to me. For this I have dreamt.”

And the Creator withdrew itself and left emptiness in its wake. And wherever it withdrew, it set to fill the emptiness with all the marvels it had dreamt.
And the land was made and the shore and the oceans down to its deepest depths. The sky was set above it and all the stars and the planets and the moon and sun as well. The wheel of the seasons and the fall of the rain were given their proper time and measure. And all the beasts of the world were taught their ways, to eat meat or to eat grass, to fly or to crawl or to run, each according to the will of their Creator. And Creator made spirits to serve it und to run among the beasts and it gave them sacred fire for their hearts.

But as the world grew, so shrank the Creator, for the world and all in it was not the Creator and the Creator withdrew from it. Weaker and weaker the Creator grew until at last, it lay dying. And it looked to the world it had created and found chaos.
The spirits where wilful and wicked, there was plague and bloodshed among the beasts and the course of the rain and the seasons brought destruction instead of plenty.
The Creator cried out in pain, for its great work was broken and it lay dying and could not fix it. And it gathered the last of its strength and from it remains in formed a great being and gave it purpose.
“You…” spoke the Creator. “…shall be Warden of this world, which is my Great Work. And you shall protect it and better it, for I have shown you how it was dreamed.”

Thus died the Creator and above a broken world stood only the Warden.

And the Warden called before him all the Spirits with their hearts of fire and he called each of them by their first name, as the Creator had dreamed them, and he ordered them to work.
Some of them obeyed and those were called Devas, the most holy beings and aid of the world. But others were wilful and they refused to head the word of the Warden. Those we call demons and they are a great blight and are called gods in stranger lands.
And the Warden took out of himself the Divine Fire, the last of the Creator's own spark, brighter than the even the fire that burned in the hearts of the spirits.
And he set the Fire down among the beasts and those touched by it where beasts no more, for they were men. The Divine Fire had given them thought and with thought came the power to dream, as only the Creator has dreamt before. And they rose up and the Warden stood among them and he spoke:

“This is the world that was given to us. And it is a Great Work that is our inheritance.”


Those belonging to the Church of the Warden believe they live in an unfinished, broken world. Their god is neither omnipotent nor omniscient. And while he and his loyal devas are hard at work, they alone cannot create the paradise the world was supposed to be.
This is where humanity comes in.
Humans are considered the true hands of the Warden. They are meant to do his will and in turn he blesses them with inner strength, creativity, the capability to love and strive and fight, as well as the occasional miracle. One day, so the faithful believe, all their hard work will be enough and the world will truly have become paradise.
However, with the Divine Fire came also the gift of free will and the Warden can only mourn for every human that turns from him and chooses to worsen the world...

Prayer can take place anywhere, anytime, but formalized prayers take place at dawn and at dusk.
Dawn prayers are usually private affairs, done either alone or among close family. They are meant to be a meditation on the coming day.
Dusk prayers usually take place at the church or, in small villages, at a small shrine in someones home. They usually include several songs and a short sermon by a priest or elder, followed by the actual praying, and officially end the day's work.
In order to pray, the Faithful grasp a prayer-strap (roughly a meter in length) in both fists and twist it around their arms until they are 'bound'. Thus their hands are symbolically stopped from any work and will not be 'free' until they and their work have been consecrated to the Warden again.
Prayer-scraps for children are usually just simple leather cords, but most people choose a 'proper' one when they enter legal adulthood at fourteen. They are considered sacred and highly personal. Many are embroidered, painted or have small bells or pieces of metal added to them. Most of them are made of leather, but silken prayer-straps have become fashionable among noble ladies. Gifting someone a new prayer-strap is something highly intimate and shouldn't be done unless you know them really well.

Souls (ie the sparks of Divine Fire) return to the Warden after death. There, they wait for the reforged world to be finished. Once this has happened, all but the very worst of humanity will be given bodies again and rejoin the new world. There, everybody will live according to the virtue they showed during their life: the wise will rule, the kind will live in comfort, but the cruel and powerhungry will live in misery as their servants.

Saints play an important part in the Faith. They are said to be people whose Faith allowed the Warden to do exceptional work and to whom he granted miracles and outstanding mental strength in return. Saints were usually clergy and spiritual leaders in their lives, though not always. They are said to sit among the Devas at the Wardens side and many Faithful pray to them when they don't want to 'bother' Him. The Church of the Wardens has hundreds of saints, though branches may differ on who is a saint and who isn't. 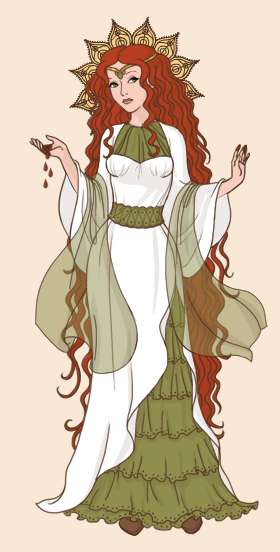 "May the Warden turn his gaze to you." A common blessing (or, if said with the right tone, a subtle threat). The short form of "Wardens Gaze!" is a frequent greeting in Anderwel.
"I am the hammer, faithfully guided." A short prayer scrap, common among knights
"[Saint's name]'s [bodypart]!" How to curse. The vulgarity depends on the bodypart mentioned...

In the present, the Church of the Warden has four mayor branches:

The Relationship between the Breannic Church, the Grey and the High Imperial one tends to be cordial, though not without rivalries. All three denounce the Church of Rothenfels as vile heresy.
The Church of Rothenfels, in turn, considers itself the true Faith, but accepts the Breannic and High Imperial Churches as lesser versions of itself. The Grey Church is accused of being violent and hypocritical, ie heresy.
There are some minor branches, as well as independent monastic orders. The Order of Saint Ashtiyana, who brought the Faith of the Warden to Issaya, is a notable example.

The official purpose of the Church is to inform and aid humanity in its task of repairing the broken world. They are meant to act as advisors, historians, spiritual and mental healers and protectors of the community. Sometimes the clergy can even serve as rulers...
In fact, the Church of the Warden tends to be a worldly power on par with kingdoms and has all the pitfalls and moral problems of regular politics. This goes especially for The Empire of Anderwel (where Lord-Bishops are common) and the Výměnách (where the political maneuvering of the Triarchy shapes the whole region).

Historically speaking, the Warden probably started as a henotheistic god of sun or fire, first brought to what is now Anderwel by the Wedans. Faith was probably passed on through oral tradition and songs. The first churches and monastic orders started to form around Lake Galerane under the guidance of several prophets, of whose names only a certain (H)eremenus' has been passed down.
The first Book of Songs stems form this period and already contains the basic tenets of the Faith: The Warden's position of authority over other 'gods', the concept of the broken world and humanity's task of repairing it.
From the south, the faith spread through most of Anderwel and a mostly independent branch sprung up in the North among the Breannians, forming what would later become the Breannic Church.
The breannic High King Riordan not only choose to adopt the Warden as his god, he also declared it the one true faith, re-structured the church, made celibacy mandatory for priests and outlawed the polytheistic and animistic religions of his forebears. The old gods were either forgotten or subtly (and sometimes not so subtly) integrated into the church of the Warden as saints or devas.
Roughly a century later, Emperor Korbinian I. would do the same for the southern congregations, forming the High Imperial Church.

Some historians have noted some parallels between the Church and the Faith of Divine Fire, including the apparent relationships of Creator/Warden and Benai-zhu-heret/Benai-ash-heret. Some (including the Order of Saint Ashtiyana) have even argued that they are merely two versions of a bigger picture. Still, most followers of both Faiths reject this thought. 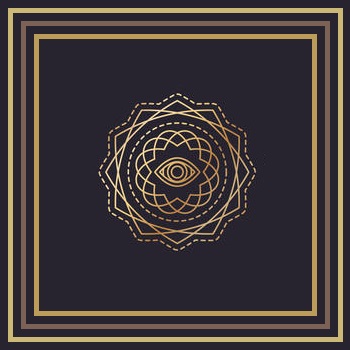 Absolutely brilliant work. And the imagery my god .. I would kiss her :P