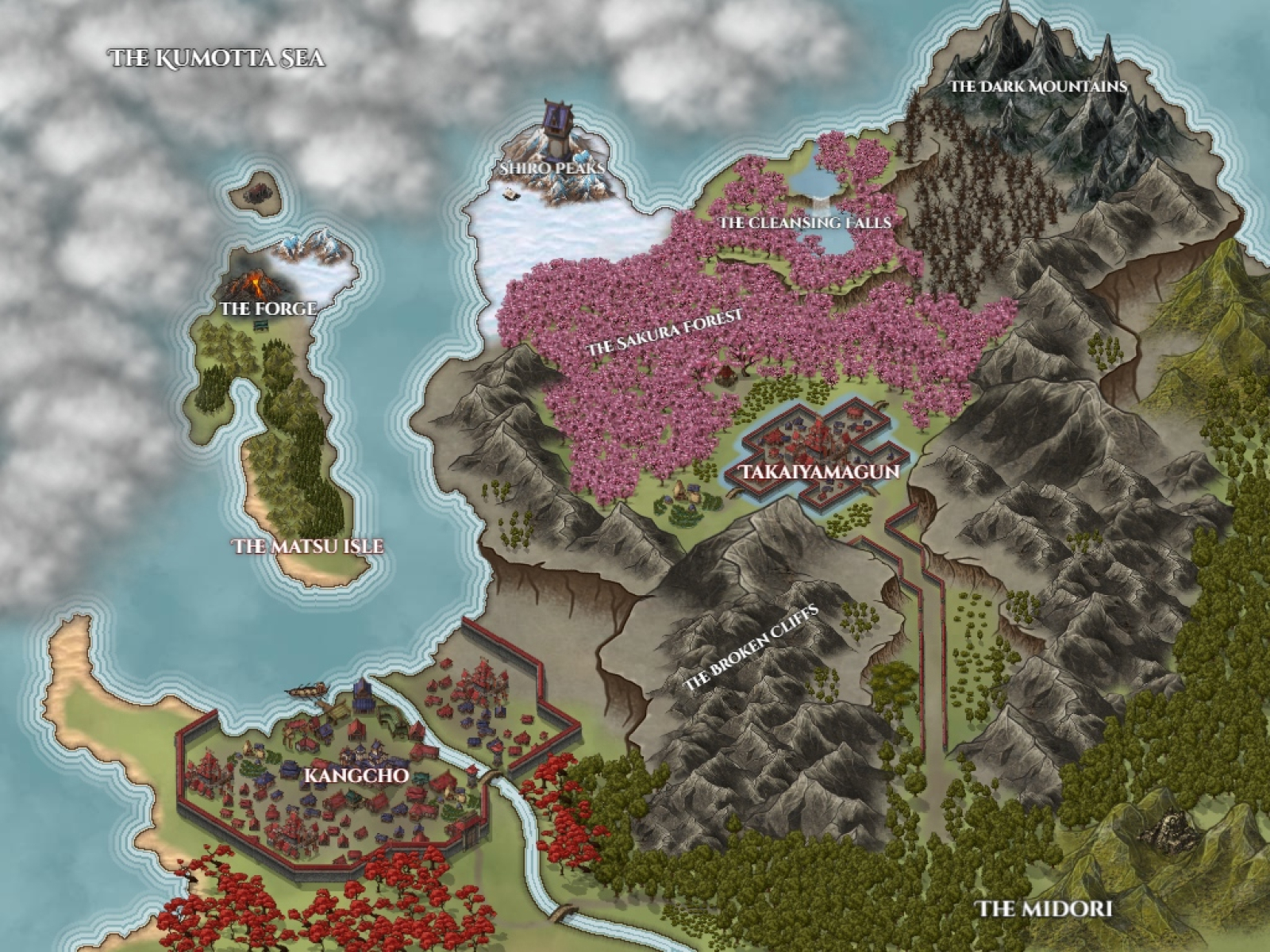 oottaakkuu
A district governed by a Military Dictatorship, once friendly towards surrounding kingdoms, has gradually over the years become more hostile and reclusive with rumours circulating of occult religious worship, practices of forbidden magic and a population living in fear. Its use of a governing system people don't agree with or fully understand has only helped cement outsiders' negative perception of it.   Takaiyamagun is a district of Jinpo located high in the mountains, it was once known for its peoples close connection with the Gods and nature but over the decades this 'known' information has become more of a myth or hearsay. With the district beginning to fade into the background of busy kingdom life it seems to have slipped away from general worldly regulation and has almost become an independent entity separate from Jinpo and the rest of the adjoining kingdoms.

Savage looking humanoid with a gudge against an unknown Paladin order

Raised by Kensei Monks and trained for 10 years, KenKen left to wander the world after making friends with a weird swamp hag