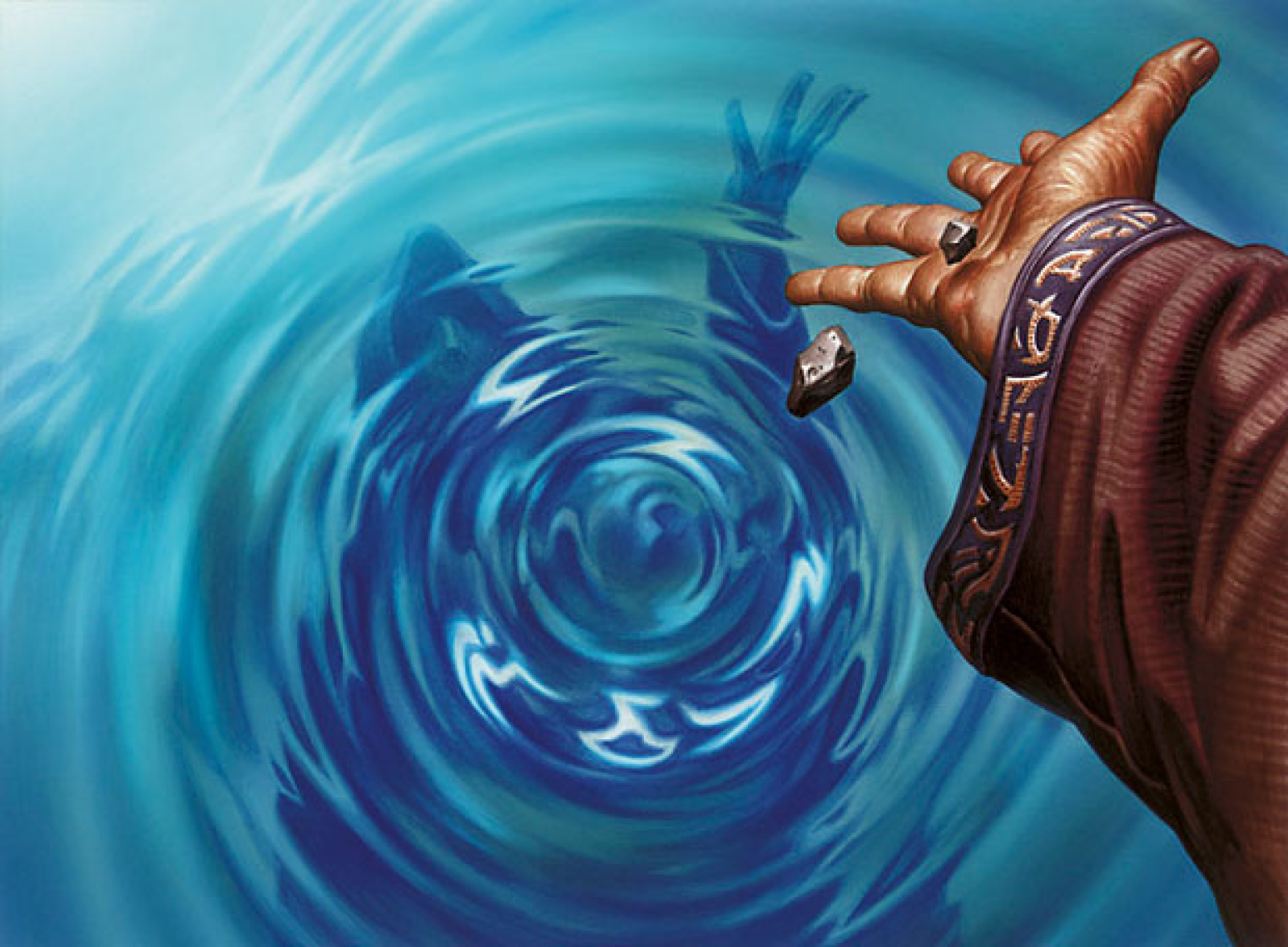 Consequences! We can't possibly begin to even fathom the consequences of this! How could we? It's literally a one-way bleeding wound in the fabric of time and space. It's like shooting an arrow through a book and trying to guess which letters flew through the hole! This is too much for even me and i've been to the damn MOON!
— Bianca Loame


The Konning Castle Anomaly was originally a temporal quirk left behind by the effects of a weapon test by The Autumn Queen, a precursor to disastrous Queen's Rebuke. However, thanks in part to the tampering done by both the scouts of the Westbound Star Company and Heinreich Klamp the knot in time has unraveled into what is now being called the Konning Castle Anomaly.


The Knot is Tied


The origins of this strange confluence in time begin almost four hundred years ago, just decades after the Fae started arriving in Tairos. A small outpost and community was established within the Rylan Woods by the Autumn Queen as one of the early settlements that belonged entirely to them. It was a plot of land that technically fell within the territory of Melanthris but the elves were happy to gift the parcel to her. In the early days of the fae it acted as a way station for new arrivals before they set out to the north or to the east to establish permanent residences elsewhere. However, as time went on and more and fewer and fewer fae were coming through to Tairos the usefulness of the outpost stymied. The last of the noble fae to emerge from the portal in Melanthris was the Konning Sisters and it was to them that the Autumn Queen gave final control of the outpost. In fact, many of the final nobles to arrive were sent to Konning Castle to carry out their duties. None thought anything of it as the castle was highly regarded and the scenery rather idyllic. The proximity to Melanthris was also an appealing benefit.

The truth was that these nobles were the ones that had been catching on to the truth about fae survival and how the Shadow Court had been draining worlds of their mana, leaving behind only withered husks, and carrying on to the next target. Most believed that a terrible wasting was infecting the many worlds they had traveled to and forced them to become a nomadic people. Some were starting to understand that it was they who were the parasites and the wasting was their doing. Before these dissident nobles could piece together the full truth the Queen had them eliminated.

She sent Castle Konning a machine that was said to be able to harvest mana and turn it into a solid, transportable substance known as Manacite without harming the Leylines from which it came. And she wanted to demonstrate that at Castle Konning. While it was true that this machine could create manacite it was not at all true that it would spare the Leylines. This machine, and the hundreds more being built in secret factories around Tairos, would allow them to reap the mana from this world at a faster pace than ever before and at peak efficiency. The "prototype" sent to Castle Konning was designed to do something else that the Queen had long sought, to be a weapon of mass destruction should the need arise. This device was programed to backfire the gathered energy into a local portion of the leylines from which it drew. The resulting cataclysm would incinerate everything within miles and poison the land with tainted mana.

And, it worked. Everyone and everything near the outpost was burnt to ash and the castle itself left as a charred ruin. Yet it had not work perfectly. Through some mishap or strange fluke in the nature of magic or the whim of divine Ssambrae, a knot in time was created for those caught in the blast or located near to it. This was sort of pocket dimension that contained an alternate timeline where the events leading up to the detonation repeated over and over. Everyone trapped within seemed largely unaware of the knot and their own part within though it does seem from time to time a few particularly astute individuals would feel a sense of wrongness. Yet, even that would come and come between iterations or loops.

This cycle, centuries in the making, would be disturbed for the first time when the Diviner known as Heinreich Klamp fled here while being pursued by Natasha Bexley, a member of the Grand Order of the Lion and by the scouts of the Westbound Star Company. Using his mastery of time magic Klamp discovered the nearby knot in time and believed that he could take refuge there. He was unaware of what exactly was inside but it seemed like the safest sanctuary possible. His ally, Sifter , came with as well and they brought with them a handful of the Black Thorn Society bodyguards they'd hired. Once inside Klamp discovered the loop in progress and using his Divination talents he was able to scry certain secrets and examine the fundamental nature of the knot itself. Using that insight he discovered the weapon the Queen placed here and theorized that by taking the manacite core he could free himself from the knot have a power source even far superior to the one the scouts had destroyed weeks earlier. He also knew that such an action would likely result the eventual collapse of the knot and kill everyone trapped inside.
He had not counted on the scouts actually following him into the knot and continuing to hound him. He turned to manipulating the time energy that formed the knot itself to try and unleash devastating effects that would confound or destroy his enemies. Once such twist of the knot allowed him to switch bodies with Riken Moondall. However, these abuses of power were taking a toll on the stability of the knot. Those not native to the distorted timeline were starting to fade in and out of existence, an effect made all the worse each time a loop repeated. The scouts theorized that they had little time left before Klamp's meddling would kill them all.

The scouts worked to convince the Konning Sisters of what was actually going on. Coriander Konning even began experiencing awareness of the loops and helped to persuade her sisters of the truth. Together, the fae sisters and the scouts managed to stop Klamp from taking the core. They even successfully disarmed the weapon ending the focal event that was causing the loops to repeat. This resulted in them being freed from the knot along with several thousand other fae who all went on to join the New Sanctuary Expedition.

Yet, nothing in Tairos comes without consequences. The knot is broken and everything trapped within now belongs to the current timeline. Those living in Konning Castle were not the only ones trapped in the anomaly. Bianca Loame only had a short time to study the area before her caravan had to move on and in that time she discovered the borders of the event extended much further in some areas than in others. From her brief study she found that the edges of the anomaly tended to anchor in places where magic could sustain it such as glades connected to totem energy, old elven sites of power, leyline fonts or any number of other things. This meant that the border of the anomaly might only extend a few hundred meters from Konning Castle in some places but potentially up to two or three miles away in other sections.

It's unknown who or what else might have been caught up in the knot but local travelers are reporting strange new sights in the woods. Fairy Lights, confused individuals wandering about, bizarre creatures thought only to legend, and the footprints of giants.

While it's true that fae have now returned to Tairos other things now walk the land again as well, many of them better left to the past.

Occasionally strange lights, phantom images, and other echoes from the past. Due to the instability of time in the area it is likely that brief fissures can be found that might allow for travel into the past or things from the past to travel forward. It's just as likely that these fissures are themselves not stable and objects entering or exiting them might be lost or destroyed in between. Or deposited anywhere along the way.

Near Konning Castle in the Rylan Woods

Very nice. Sort of a "groundhog day" that got semi-fixed. It immediately brought to mind, "what if someone got the mad idea to use the time fissures to 'view' future events and gain a tactical advantage in trade, an upcoming war, or even how a potentially lethal device would function?" Or even say ... try and use it to send back notes to a past self to change the outcome of the "present". Love it!

— The wolf of Tales of Justice, Creator of Legends of Elohey, Star Wars: Shards, Fiven Chronicles and more!
Powered by World Anvil