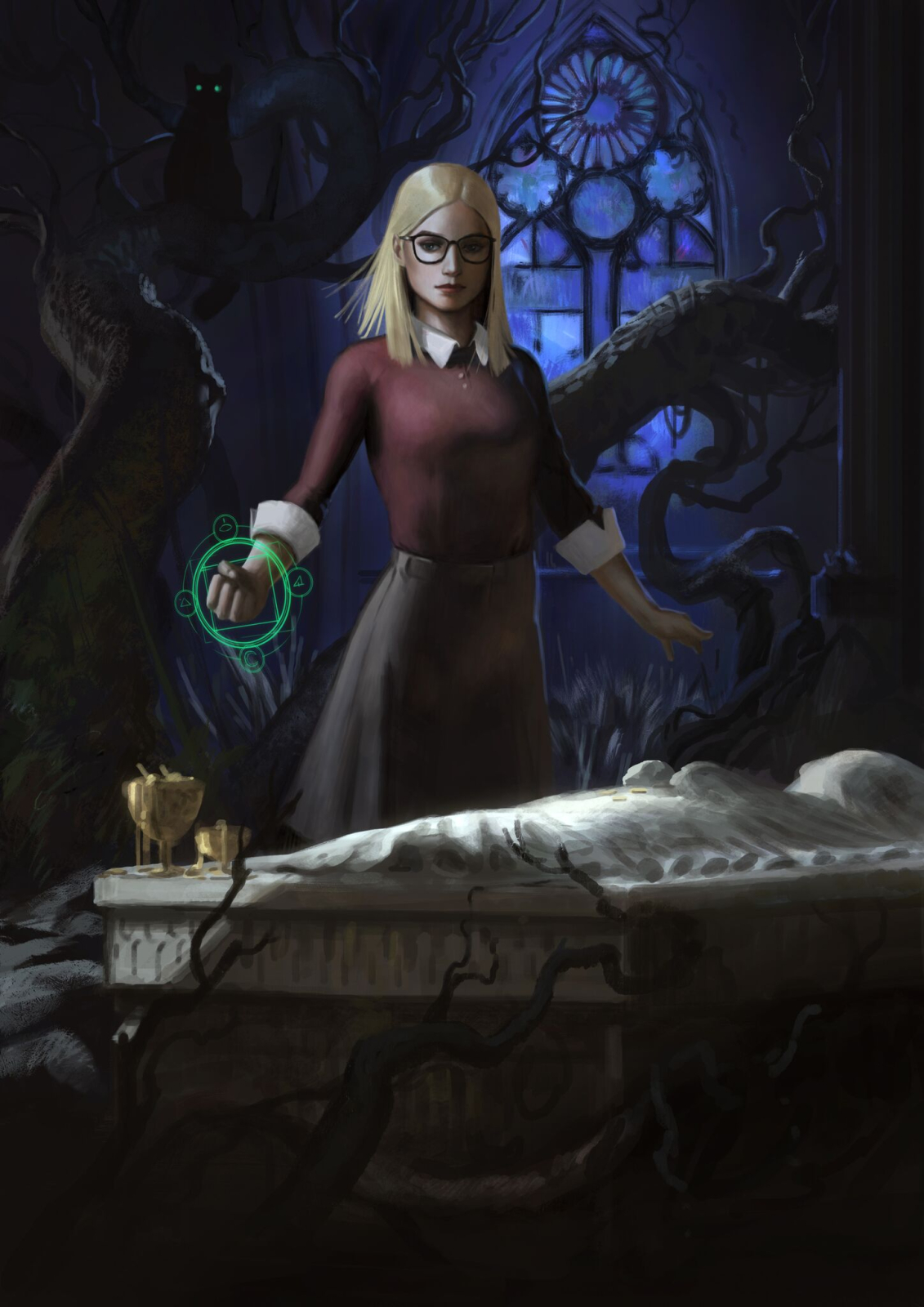 Oh, damn it... gods' above! I didn't know I couldn't say 'hobbit'! Sorry sorry sorry, now I look like some some kind of Locklander or something. I swear I'm not a racist!
— Charity apologizing to Ospher and Adjenna for saying Hobbit instead of Halfling


Charity has lived life in the shadow of the Sparrow name for as long as she can remember. Her mother ,Dawn, is the alderman of the Reshlin District in Ghal Pelor and her father the owner of the very successful and well-known Sparrow Bakery (a multi-location bakery chain known in Ghal-Pelor). Her brother is a soldier and war hero from the recent Siege of Beldon. Her sisters are renown socialites who manage to get invitations to ever prominent gathering in the city. The list goes on and on; famous aunts, theater owning Grand parents, a cousin who is a decorated member of the constabulary. But for Charity, she's usually just known as Dawn's oldest.

She was always obsessed with following the rules; doing what was right, and trying to make some kind of difference in the lives of others. Something most of her family seemed disinterested in even at the best of times. The confused her aspirations for a life of meaning as a simple lack of ambition. She became easy to ignore, to write off as a perpetual student and nothing more. That would change the day her Great Grand Father Digby arrived from the borderlands.

In him she saw a true force of change. Magic. The idea of being able to shape the world for the better with your own hands rather than wealth, promises, or bloodshed drew her to him. The eccentric man had simply come to claim some relics from the family vault but she begged him to take her on as an apprentice, an assistant, as literally anything so long as she could learn from him. With bitter reluctance he took her under his wing claiming it was for no other reason that to spare the world another disastrous Sparrow.

That was about two months ago. In that time he's taught her a small pittance of magical know-how but the cost is steep. He's a tough man to please; quick to berate any mistake and slow to forgive. It has further damaged the already fragile sense of self-worth Charity had to the point where she second-guesses many of her decisions and assumes people only think the worst of her efforts.

Yet, that hasn't stopped her from pursuing magical knowledge. Specifically necromancy. She was fascinated by the medicinal uses of the school early in the history of the College of Magic as well as the way the Baradradi use it to help rather than harm the living by harnessing the undead. Whether this path of power will ultimately be the tool of good she hopes for or a source of eventual corruption remains to be seen.

Public education in Ghal Pelor. Higher education in the form of tutelage under her Great Grandfather Digby Sparrow