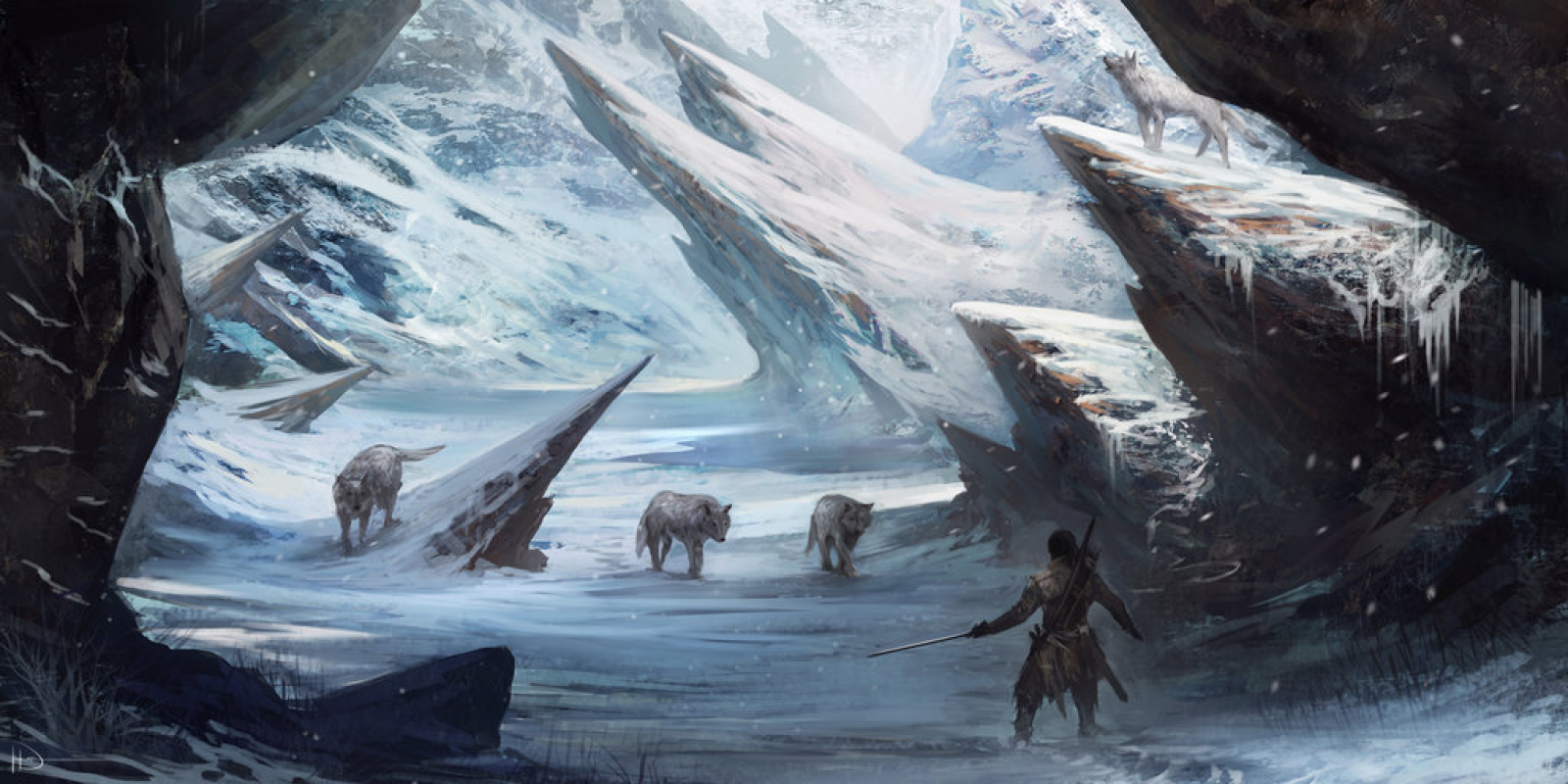 At the age of twelve while out on a hunt with her father she they were attacked by a bear her father did his best to fight off the bear but was knocked unconscious after stabbing it. The bear grabbed her by her face and dragged her into the woods. The crushing jaws of the bear tightly wrapped around her head and neck as she was pulled into the woods. After a while the bear suddenly let her go. The child who was always strong willed stayed silent as the bear wandered off into the woods even as her mauled face and neck bleed heavily. After a pause that seemed like hours she forced herself to stand and followed the bear tracks back to where she was taken. She heard her fathers voice calling out to her as he searched the woods and followed the noise to him. Upon finding her he rushed her to the village healer. Her recovery was miraculous. But they were unable to save her right eye as the eye socket had been crushed by the bears jaws. The right side of her face and neck were mangled as well leading to permanent scaring. Due to her many visits to the town healer she grew an affinity towards healing as her near death experience was explained to her that the bear only took what he needed and never more. On her 16th birth year she was given the first name Beorna, Daughter of the bear.   She grew up healthy, strong, and wise due to her teachings by the village Skald. During her 20th year she was chosen to be the maiden in the yearly celebration of Galadir. The celebration was small, due to the harsh winter food was scarce. Her clan was very small and she was only chosen because she was the last female of child bearing age to not have been selected. She was given the offerings of wine and ales and dropped off in the woods. After hours of wandering she found herself standing in front of a cave. Upon entering the cave she immediately felt a sense of urgency and went deeper. Within the cave she found a bear lying injured and near death. Her first reaction was to be terrified but something urged her closer. She felt a calm wash over her as she walked up to the bear. Upon closer inspection she saw the scaring on the bear matched those that her father had inflicted upon the bear that dragged her into the woods. A voice in the back of her head beckoned her closer. She knelt by the bear and the voice in her head once called out. "Touch this beast and bestow my blessing". Beorna complied as a white light illuminated her hands and the bear. Beorna entire body was immediately wracked with pain as she fell to the ground her veins pulsing with green energy. The bear then rose to its feet then rose again to stand on two feet and gave out a mighty roar . The last thing she remembered before blacking out was the bear closed in on her with jaws open was the voice once again speaking. "Grandfather Bear only takes what is needed" Beorna awoke later feeling disoriented and warm. She stretched out her hands and felt fur as the ground shook beneath her only to realize she was on the back of the bear she had healed. The voice again returned to her head but quieter. "Travel and restore the balance. Protect the trees and our way of life." She then passed out again. She woke to a familiar site of her village her clan surrounding her asking how she slew the bear and informed her that with its meats the clan would survive the winter to come. After her clan had heard her tale and finished congratulating her she heard the voice one last time but this time it was merely a whisper "Travel, trust the animals, and seek the wisdom of the trees." She then left her clan and wandered the woods as the voice had beckoned her to do. Well into her travels she came upon a caravan whose horses had been mauled by wolves, without a word she had walked up to them parting the men surrounding them talking of putting them down. She placed her hands on one of the horses. This time armed with the knowledge of manacite she had gained in her travels, she healed the horse. Word of this got to the caravan master who offered her a job as a horse handler and healer. She has been traveling with the Westbound Star ever since.

survived a bear attack and saved her village from starvation

She is extremely disfigured from her childhood bear attack making her avoid conversation. Due to this she is quick to anger and a bad conversationalist.

Shunned as a child due to her disfigurement she was a social outcast so she tends to be short with people when she talks.

Only take what is needed nature will provide the rest. 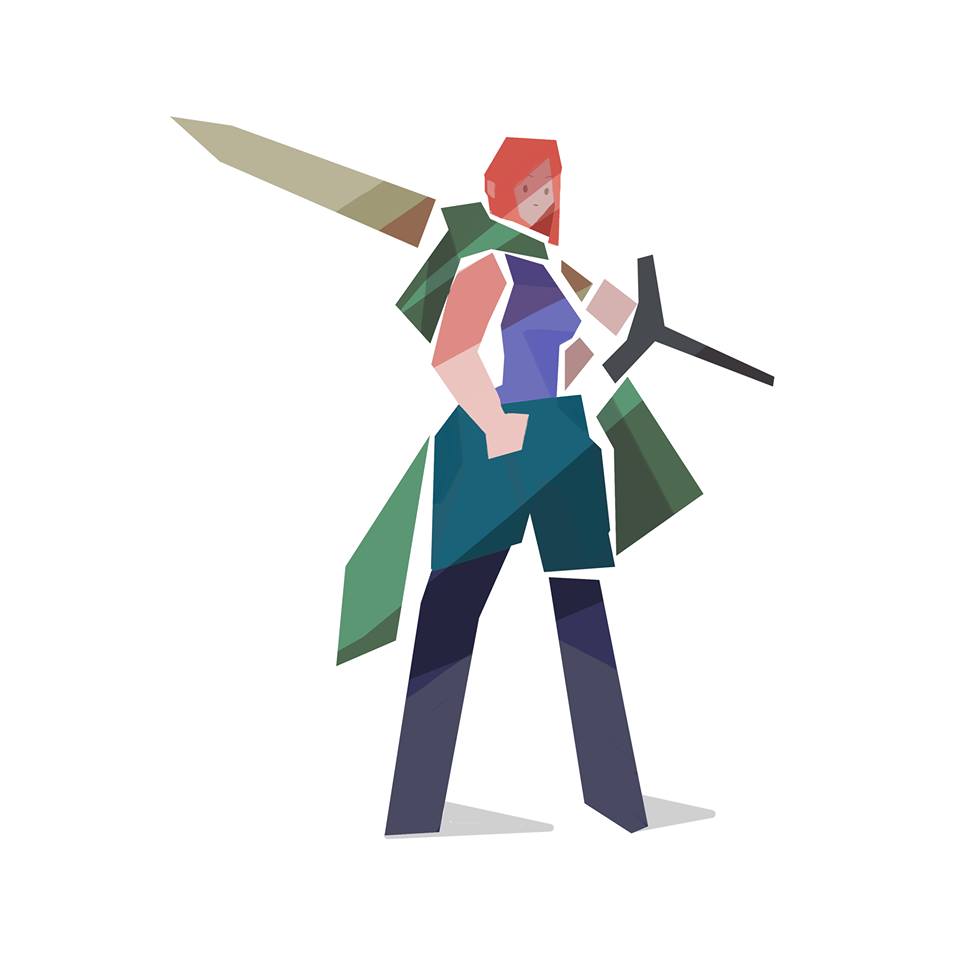