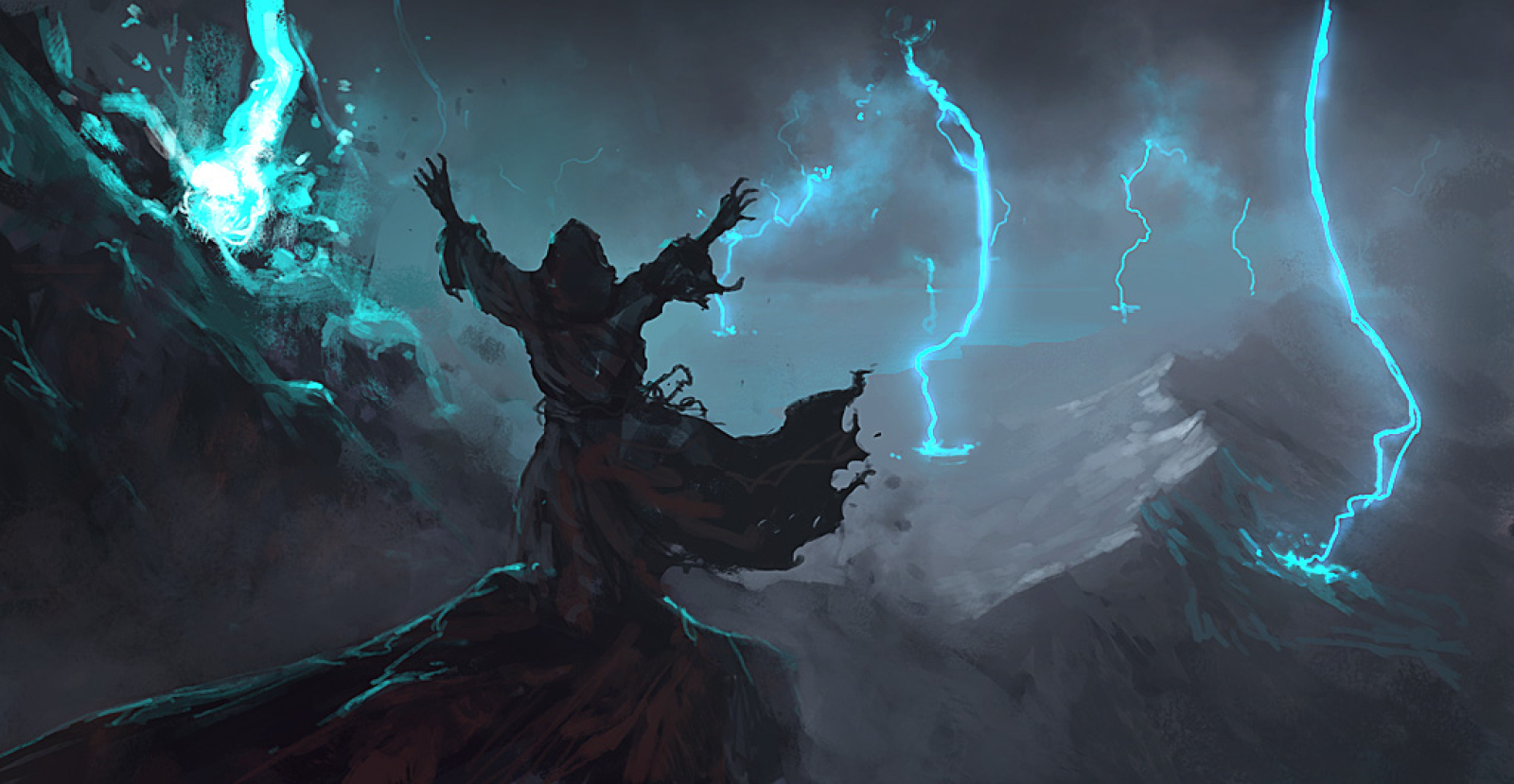 "When true believers call upon the power of their gods, the bond that exists between them manifests itself into what you would call magic." - Gereon

In the world of Taela, magic is achieved by invoking the powers of a mystical entity. There is no encompassing term for magic users and most practitioners use the titles of their respective cults and religions. For example, clergy of the Faith simply refer to themselves as priests. However it is worth noting that words like ‘witch’ and ‘warlock’ possess a strictly negative connotation and are often used to discredit practitioners with opposing faiths or doctrines. The word 'spell' itself is generally associated with demon worship and unholy rites.   Because magic is not inherent in humans, magic users must call on higher powers for aid. These acts of appeal are called invocations. Successful invocations can manipulate a variety of supernatural forces and are generally expressed via vocal spells and prayers, written runes and incantation symbols. The power and effectiveness of an invocation is determined by the magic caster’s propitiations. Propitiations consist of offerings and spiritual rites designed to honor and appease beings of higher power. While monasticism is not necessarily required to master all forms of magic, magic users will often forgo romantic and familial relationships to deepen their spiritual connections and increase their mystic power.

Highly experienced practitioners in the mystic arts can hide their spells rather easily and the effects of their craft can appear indistinguishable from nature. However, those that wish to put their mystic might on full display can call upon higher powers to perform more unnatural and visually impressive feats. It is said that the highest ranking members of the Fatih can wield a white and otherworldly "Sacred Flame" to destroy demons and purify souls and there are tales from the east of Dragon Monks that can summon thunder storms and ethereal serpents to aid them in battle. The truth of these claims however is difficult to verify.

Certain locations can alter the effects of a practitioner's magic. Places of spiritual and religious significance often increase the power of those that devote themselves to certain entities. Conversely, an area can have a negative effect on a practitioner's magic if said practitioner is aligned to a power that is opposed by the divine entity that gives the area its significance. For example, Shadowcatchers and Black Harvesters have no power in areas protected by deities responsible for the guidance and protection of human souls.

Just a simple overview of magic in the world of Taela. I wanted a type of magic that retained the spiritual elements it posses in our world's belief systems. I feel that a lot of authors get too bogged down in the scientific mechanics of their 'magic systems' and they end up losing that crucial element of mysticism that makes magic interesting. Any Star Wars fan that recalls the introduction of midichlorians will understand what I'm talking about.   I fully understand the need to establish clear rules and limitations to prevent plot holes and unsatisfying resolutions. But I feel that a magic system with clear rules isn't really magic at all. Limitations certainly exist, but they are not entirely known or fully understood. Hope that provides some insight into what I'm trying to do here.