Beware, for it can sense your steps 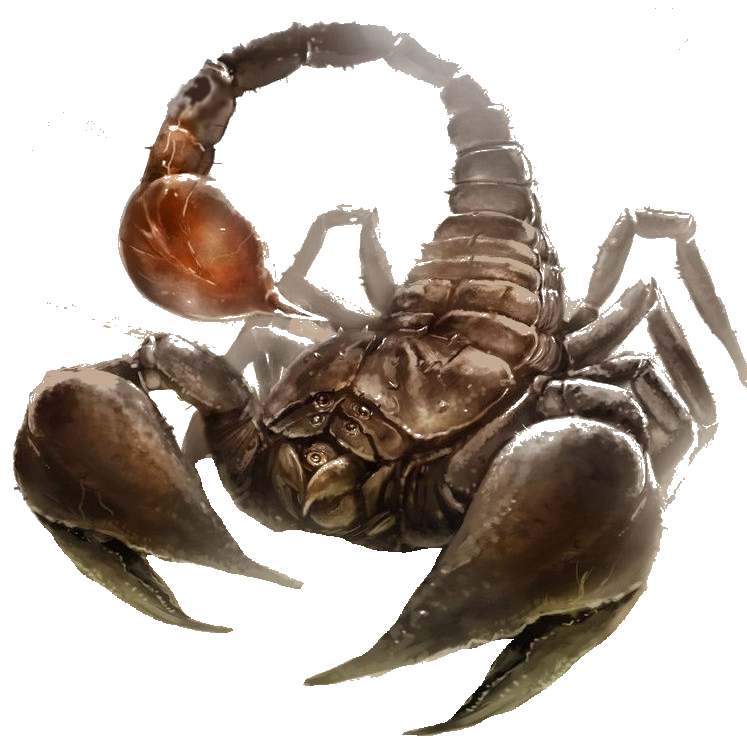 Appears to be what the Clockwork Scorpion was based off of, but hundreds of times the size of the small metal replicas.   It is unclear when the Giant emperor scorpions first appeared on The Floor of Health . Whenever, and for whatever reason they showed up, the scorpions made their homes in the desert. Finding small hills in the sand, fortified with sandstone, the scorpions dug their burrows. Occasionally, the scorpions simply moved into preexisting caves, often times forcing out the previous cave occupants (or eating them). While living being on floor 3 felt thirst, they felt no hunger -- however these Giant Scorpions did not have the intelligence to realize they didnt feel hunger. Still driven by its base animal desires, the scorpion would kill and eat anything that crossed by its burrow.

Giant Emperor Scorpions are massive armored insects, towering at least 10' tall, and 40' from head to stinger. It is covered in thick, chitinous armour, strong enough to deflect even enchanted metal weapons. The scorpions powerful 6 legs can carry it rapidly forward as it charges its foes, and its nimble tail equipped with its stinger delivers deadly toxins.