The fallen city of Goldwaste (Last capital of the Kingdom of Merthiorn before its fall during the High Rust) didn't grow organically, but was instead planned and somewhat commissioned by Queen Onnamar of Merthiorn on 2926 E.Alz.
When it was officially inaugurated, in 2961 E.Alz, many people were already living and working in the main buildings, including the Goldwaste castle, the bank, and of course the main inn, the busiest building in the city, that started off serving almost all of the builders, architects and engineers during the city's construction, and as the amount of building declined, replaced that population with the newly arrived and the visiting families.   The inn, named The Burning Lie, was one of the first important, permanent buildings to be functioning in the city, opening its doors on 2930 E.Alz (a mere four years after the building of the city officially started) when it wasn't even half-finished. As with the rest of Goldwaste, it became an abandoned ruin during the High Rust, on 1 E.Ru.

The Burning Lie was a big building located at the busiest point of the city. It contained a lower floor with a tavern, a scenario for sung duels, and an upper floor with several rooms and accommodations for hosting visitors to the city.   The inn was mostly dedicated to hosting visitors to the Goldwaste city and served a vast array of dishes and beverages typical from the island. The inn was also a very popular location to meet with a rival to run a duel of rhymes. The place was mostly used when the argument the duelers had was big or important, as it was quite an expensive place to use for this purpose, but also because of a tradition that developed around the inn's name.

"I am citing Vinter of Goldwaste on The Burning Lie, on Vhasix 10 an hour before midnight, to discuss the issue of their fucking stakes on the construction of the hospital building"
— Records on a public calling for a sung duel

The origin of The Burning Lie's name is unclear, however, it served as a way to code one's animosity and accusations towards a person when calling them to have a sung duel.   Calling someone to duel "in The Burning Lie" was considered a direct accusation on the rival that implied that the matter of discussion was due to lies on the rival's side, and it was also considered a way to indicate that there was a deep hatred of one's rival.
Still, one could request a duel in the inn without such implications, by avoiding the use of its name. "The inn by the city centre" became the normal way to cite people to the place. On some occasions, one would call for a duel by saying that their rival "Obliged them to The Burning Lie", signifying that their rival is calling them a liar instead. 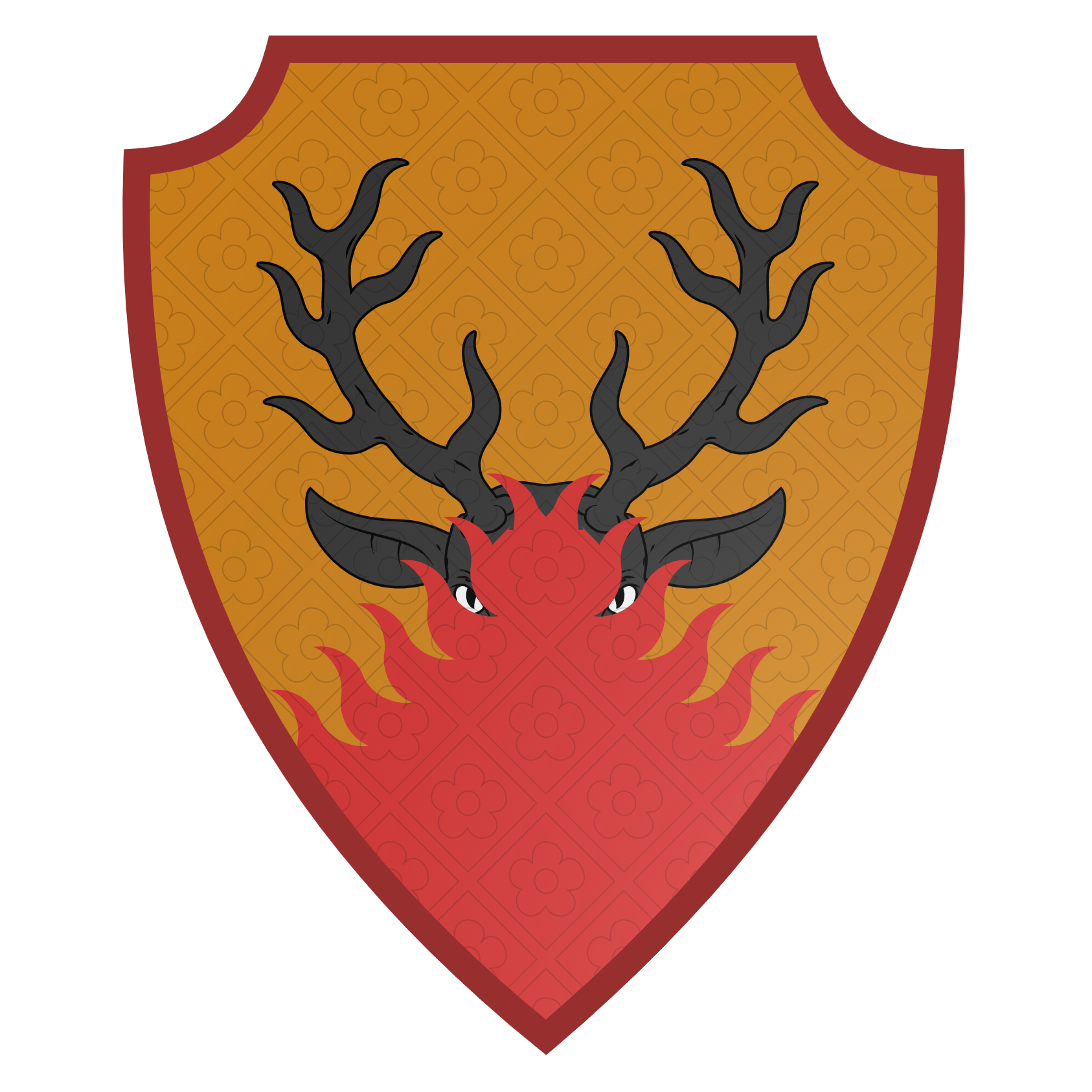 As with the vast majority of Goldwaste's buildings, The Burning Lie was ruined during The High Rust. It's exterior walls and roofs are corroded to the core, and the interior is filled with a layer of orange dust. Abandoned and broken, the main scenario still stands on the side, with its characteristic two chairs intended for the duelers.
City of Goldwaste
In response to the prompt Write about a pub, hotel, inn or tavern... Who stays there? What's the food like?

All of the text and art of Symbols of Power, including the CSS theme, have been created by David Cutuli (Naelin) unless otherwise specified.
All of the art and content attributed to the pseudonyms of "Welkinal", "Danae" or "Veld" have been created by David Cutuli (Naelin).
SoP theme song composed and interpreted by Lu Cutuli. | SoP logo and Out of Universe logo created by TJ Trewin. | Open paper texture by Markus Spiske.
Huge thanks to TJ Trewin for his help with SoP's css theme design.
Cover image: Merthiorn Banner by Naelin
Article template
Building / Landmark
World
Symbols of Power
Author
Naelin
Publication Date
20 Jan, 2021
Creation Date
19 Jan, 2021
Last Update Date
11 Jun, 2022
Visibility
Public
Views
378
Favorites
19
Comments
1
Tags
English Prompt Merthiorn Authors Pick

I love the name of the inn and the fact it can be used to insinuate that your rival is a liar. :D The shield is AMAZING too.

Thank you, Emy! The eyes peeking out of the fire in the shield was the most badass coincidence ever as I was creating it lol