Life for hierdes became difficult in the last century of the Era of Alzufhars. These creatures live in a symbiotic relationship with the sceapilion, a herd creature for which the hierdes act as guide, protector and leader. Usually, one hierde (or sometimes two) leads an entire group of sceapilions and protects them against danger, in exchange for using them as a source of food and status.   Constant movement on the societarian population, however, had pushed the herds into difficult areas and disseminated the populations, making both species endangered, and subjecting the hierdes to an extreme difficulty for finding mates and to successfully manage their herds in the new terrains.

I am the master of my own life

While hierdes are classified as a pactual species, it is highly unusual for them to make pacts outside of their own species and the nature of their relation to the sceapilions is believed to be instinctive. They treat societarians as they do with any other species, and can turn extremely aggressive if one tries to hurt one of their sceapilions.   Here is where the hierde known as Breifel becomes a first for his species: The high rust happened when he was at the young age of 6, starting the second wave of massive internal immigration of societarians and further pushing the herds to dangerous territories. At this point, Breifel abandoned his already maimed herd and, determined, made his way into Birdland City, the capital of the newly created Kingdom of Thaur. He crossed the streets all alone in front of hundreds of amazed societarians and alzufhar and reached the (Half-destroyed back then) Birdland's Royal Castle. He stood there at the main entrance, signalling at it to the bypassers until someone got the newly crowned Naelín to come out of the building.   In front of a crowd that gathered in there in no time, the solitary hierde made a pact with the king, to be his mount in exchange for treatment as an ambassador creature, shelter and food.   This was not just remarkable for being the first recorded instance of a hierde going on his own to offer a riding pact to a societarian, but also because it is unknown how Breifel learned about the new kingdom, or how did he know who was the king. 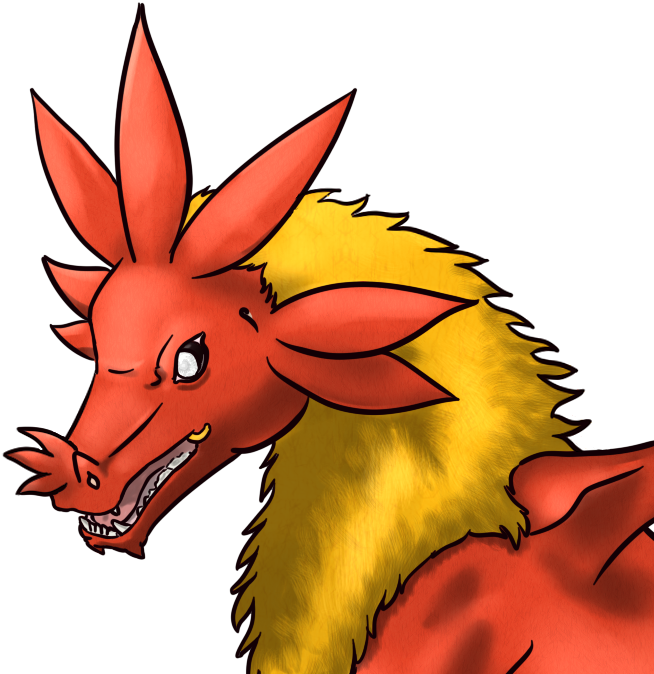 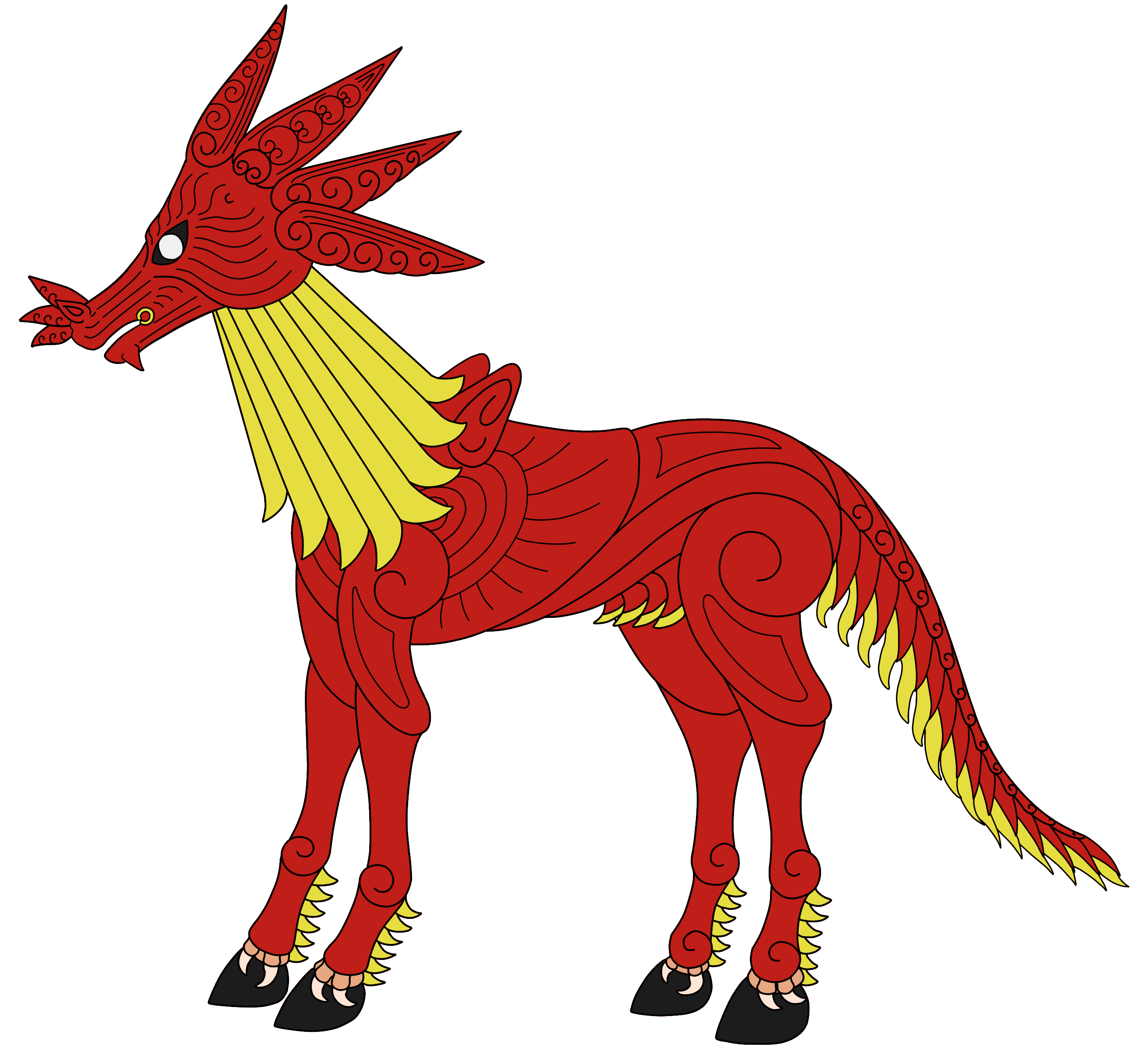 A boon to the new Kingdom

The hierde mount was a big addition to the already increasing flow of interesting and powerful people that offered an alliance to the king of the new nation. Breifel became famous around the archipelago both for politicians and for naturalists.   The former saw this as a signal of the respect and recognition that the new king was supposedly getting from the inhabitants of the island, while the latter saw him as the first on a potential trend for hierdes choosing to adapt to preserve their life and species, though the decision made by Breifel didn't yet lead him to any chance for reproduction.

Breifel is mostly seen roaming the fields around Birdland City, spending the night in the castle's stables, and sometimes being groomed by The Servant, who seems to enjoy his company a lot.
People of Thaur

All of the text and art of Symbols of Power, including the CSS theme, have been created by David Cutuli (Naelin) unless otherwise specified.
All of the art and content attributed to the pseudonyms of "Welkinal", "Danae" or "Veld" have been created by David Cutuli (Naelin).
SoP theme song composed and interpreted by Lu Cutuli. | SoP logo and Out of Universe logo created by TJ Trewin. | Open paper texture by Markus Spiske.
Huge thanks to TJ Trewin for his help with SoP's css theme design.
Cover image: Banner for Thaur by Naelin
Character Portrait image: Hierde Head by Naelin
This article has no secrets.
Article template
Character
World
Symbols of Power
Category
People of Thaur in Thaur
Author
Naelin
Publication Date
24 Dec, 2020
Creation Date
24 Dec, 2020
Last Update Date
15 Aug, 2021
Visibility
Public
Views
413
Favorites
24
Comments
2
Tags
English WorldEmber Prompt Thaur

As always, I love your art! :D Really nice history behind how Breifel became famous. I like the image of him just chilling out quietly with The Servant. :D

Thank you Emy <3 Breifel and The Servant are good pals, even when The Servant's steed is actually an alzufhar called Holi :3

This is such a great article. The classic dhalmanite image of Breifel is beautiful and so emotive. He has such a fascinating back-story too. I love the idea of hierde being pactual animals.

Thank you very much Brinsmead! Drawing on the dhalmanite style is a challenge, but a worthy one. You can see another dhalmanite-styled drawing in this one!

And excerpt of the teachings of the Temple of Rheshnaghty, and how they changed after the execution of Lush Enis