The name "Lotus Land" comes from ancient writings. Lotus land is a place where the danger is hidden in beauty and temptation.   The world has fallen into a state of toxicity, with most of the wilderness filled with poisonous flora and fauna, toxic landscapes, and monsters. Near the City, Symbiopolis, the wilderness is known as Lotus Land.   The nature of Lotus Land created a relative isolation for Symbiopolis, restricting travel to and from the city to virtually nothing. Legends tell of communications and travel to other cities during the time of The City That Was.

The basic geography is that of a temperate forest. It is composed of dozens of species of trees, brush, and other foliage. There are many lakes and ponds, surrounded by shallow hills and bogs.   The colors tend to be a mix of muted greens and browns, with patches of bright, neon colors associated with aposematism. These colorful but toxic patterns apply to both flora and fauna.

The base ecosystem is a stable temperate one. There are several large predators, dozens of large herbavores, and a healthy dose of small mammals, reptiles, amphibians, and insects.

The most prominant plantlife are trees and grasses, which are mostly non-toxic. However, both have developed co-existence and symbiosis with toxic lifeforms. The most obvious of these is Red Thread, which lives in a semi-symbiotic relationship with common switchgrass.   There are many kinds of poisonous frogs. Several bird species have evolved to be able to eat these, despite the toxins.   Most people will point out the Growling Goose, Moss Moose, and Gray Bear as the most dangerous of the animals. However, this leaves out the Kardian's Cougar, a nearly-white, predatory cat that is smaller than a lynx.   It also ignores the Water Minx, a tiny, pitch-black weasel known for swimming through waterscapes to hunt. This includes sewage pipes, which made it necessary to install grates on the sewer lines to prevent the beasts from swimming up into toilets and biting humans on the buttocks.

Lotus Land, for all its inherent dangers, is full of food options. Additionally, there are several toxins that can be made into medicines and industrial use chemicals.   Research and development of the natural resources was heavily promoted in Symbiopolis back when it was the City That Was. Most of the infrastructure for this was destroyed during the Brute Invasion or the occupation that followed.

Lotus Land used to be a lush temperate forest intermixed with grasslands. That basis still exists, but the addition of extremely dangerous species has made the previously desirable land into a place avoided by humans.

No one in their right mind would go out into Lotus Land for longer than a quick lookabout. The only exception is the high-risk job of hunting and gathering by Scroungers.   The Brutes often punish people by making them Scroungers, and the job has become a mark of ostracization. No one wants to be made to join the Scroungers by association with the people once they have been targeted by the controlling Brutes. 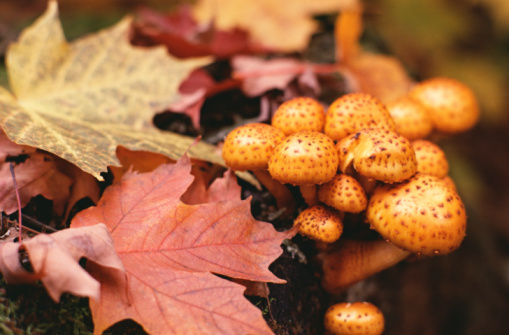 Join Symbiopolis Discord!
The world of Symbiopolis and other works are made possible by:
An Angell's Life * Joshua Robertson * Michael McIntosh * SableAradia * Seth Swanson * Stormie84 * Xaneria Ann
~ Thank you for your support! ~
Copyright ©2021
Sarah Buhrman
All rights reserved. This work or any portion thereof may not be reproduced or used in any manner whatsoever without the express written permission of the publisher except for the use of brief quotations in a book review.
This is a work of fiction. Unless otherwise indicated, all the names, characters, businesses, places, events and incidents in this book are either the product of the author's imagination or used in a fictitious manner. Any resemblance to actual persons, living or dead, or actual events is purely coincidental.
Article template
Geographic Location
World
Symbiopolis
Author
AuthorGoddess
Publication Date
4 Jul, 2022
Creation Date
9 Jun, 2022
Last Update Date
4 Jul, 2022
Visibility
Public
Views
80
Favorites
7
Comments
0
Work In Progress