A multi-stage competition to become King


Once every century, a strange island appears, and beckons for all worthy to challenge her shores and become King.

Before Your Very Eyes

Sometime 1000 years ago on a foggy morning, an enormous object appeared off the east coast of The Isle . Fishermen in the area described hearing what sounded like a deep bellowing horn in the distance. But as the fog separated, it was clear it wasn't a ship that bellowed, but instead, a massive island topped with an immense castle. The onlookers were only able to stare in wonder for a few short minutes before a flock of strange birds flew in every direction away from the island A few of the birds dropped leaflets from overhead as they soared overhead. The leaflet was simple, the mysterious island was holding an event to determine its next ruler. The Trial of Kings.


King for a Lifetime

The island, according to the leaflet, was called The Magical Sanctum of Martalos a magically enchanted island looking for a ruler. The first time the island appeared, it seemed to be because the current ruler perished. This caused the island to slip into some sort of auto-pilot, bringing it to that location and sending birds off to carry the news. While some of the guide papers were dropped onto the ground as they flew, most of the leaflets were meant for specific people. A seemingly random selection of warriors, priests, Forgewhisper , weavers, politicians, scientists and more was delivered the informational leaflet. Which basically amounted to an impromptu invite. It seemed as if the island was sending invites to the best and brightest to compete for the throne. With the winner being crowned King for the rest of their life.

The Magical Sanctum of Martalos invites all those with steel of character to compete in the Trial of Kings to determine the next rightful king. Entry into the Trials is currently underway. Please refer to the full Rules and Regulations for details.
— Trials of the Crown
Rules and Regulations

The first appearance of Martalos left many aghast as to what the implications could be. The island itself had to be immensely powerful for what it had accomplished. One does not simply appear out of nowhere, especially not an island. What would happen if the wrong kind of person had access to that level of magic? Onlookers reported seeing agents of Garuda , Vinyata , and Hawklore on The Isle, intently studying the island. Many, at first, thought the various nations would do war to try and control the island or extract its secrets. And while perhaps that line of thinking happened, no actually steps seemed to have been taken. Instead, the first Trial of Kings was held without any outside interference.

Challengers from every nation showed up to challenge the island. The eagles spread the message far and wide, leading to maximum exposure in a short amount of time. Moreso, the prospect of a private island had to be one that scintillated even the most jaded. Some of the wealthiest cashed in fortunes for bodyguards, some left homes, and jobs. No matter what walk of life you stepped away from, the prospect of truly being your own boss was too hard to pass. Unfortunately, this meant that a lot of rivals and enemies all showed up in the waters of The Isle, around a mystery island. The first two days quickly descended into longtime rivals and forgotten foes exchanging fire. In what would later be dubbed Day One, over 100 ships and approximately 300 people were killed during the infighting. Fighting only died down after The Isle sent in a platoon of ships to break up the battle. The navy hovered around as the later batches of adventures arrived.

The island itself is beautiful, with a wide range of modern and extinct fauna and insects. Strangely it seemed as if none of the island's landscape was affected by the outside world. The island itself a dozen miles wide with the looming castle being its main feature. The large castle in the center of the island is clearly the focal point, with several paths around the island all leading back to its center. An absolutely stunning multi-layered castle befitting of a king. The ultimate motivating sight for all those challengers who want the crown. The grounds themselves are fairly open, with a sprawling garden surrounding the base castle. Witnesses have described the ground as being meticulous, but no signs of who or what maintain them.

Over the years as competitors have returned with stories of defeat, they also bring with them valuable information on the trials. Upon entering the castle the games start immediately with a test to read an ancient map, the first test was to figure out which hallway to take. For the first thing, you see after walking into the sprawling estate was a large hallway and no less than a dozen hallways splitting off in every direction. It turns out that the castle isn't an ordinary castle, and as the name implied, is magical in nature as well. Choosing the wrong pathway can lead you back to the entrance, the island grounds or worse. Several past challengers have shared stories of narrowly avoiding dangerous floor traps and obstacles. Not all competitors make it back alive from the island. While the name may imply a fun game, it is ultimately still a gauntlet designed to suss out someone of kingly caliber. Other's have described monster-filled rooms, time-based knowledge puzzles and more. No two people seemed to have similar encounters, leading scholars to believe that the island creates personal Trial for each challenger.

Terms of the Crown:
Whoever is the first to pass the Trials of the King and put on the Crown will be deemed the King of The Magical Sanctum of Martalos till forfeiture or death, whichever comes first.

Entry into the Sanctum will be allowed until a candidate has finished the Trials and taken the Crown. Upon crowning, all trespassers will be addressed according to the king's policies.

— Trials of the Crown
Rules and Regulations

The first Trial of the Kings lasted nine days, as ships from all over continued to stream in, each carrying people will gold crowns in their eyes. On that ninth day, shortly before dusk, another loud horn was heard, followed by fireworks. It had seemed a king had finally been chosen. Those still inside the Trials found themselves transported to just outside the castle gates. Several onlookers described seeing an unknown but crowned man inside the castle as the doors shuttered. The island itself seemed to vibrate and a bellowing voice started what sounded like a countdown sequence. Those still on the island scrambled to reach their ships before the countdown was over. Then as the number reached zero, the island was gone. It disappeared as swiftly as it appeared, along with anyone and anything still on its grounds. And so the Trial of Kings was over. For years humans around Tikor speculated as to what the origins of the island were, and whether we'd ever see it again. Around 40 years later that question would be answered as horn bellowed out again one morning.

The island's second appearance confirmed the long-held belief that Martalos needed a King at all times. That when the current king of the sanctum passes, the island returns to choose another. Since its first visit, the Magical Sanctum of Martalos has visited Tikor almost a dozen times. Each time the island comes back the same sends out its signal eagles known now as Brood Eagles and holds Trials for a new King. Over the years a number of small independent federations have spawned around the mystery event. From protections against another Day One Massacre to adventure kits, the Trials have become an event of themselves. With some nations and cultures preparing their own team of challengers in the interest of claiming the island for their homeland. However, in the history of Trials thus far, the winners have been unknown. The island never states the ruler, and after their death, the island merely appears, no sign of the previous king. The origins of the island remain a secret, and with 50 years since its last appearence, fans are already waiting for the sound of new games. 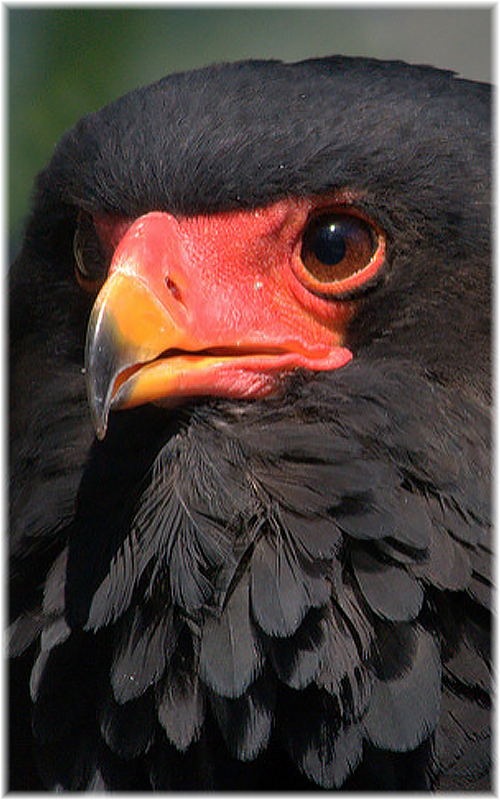 That's a weird and really cool take on the prompt. I really like it. :)   As always, your layout work is great and the writing is grand. Maybe try splitting up the chunks of texts into paragraphs or something and see how that reads?

I've done it on other articles, in some cases, it looks as weird. Haven't made up my mind about it yet.

Agreed, a fantastical Takeshi's castle in spirit. I love the idea and I love the details. One minor typo under Crowning Glory section (a 'will' should be 'with'), I noticed but that's it. Awesome work :)

Very unique and very interesting! I really like the idea of a metaphysical island floating in the nether, doing whatever its King commands of it. Essentially creating your own paradise. Great work!

Thanks! Glad you liked it!

Love the artwork and the details. Keep up the good work!. a great layout as well!