The Gods of the Lucomi

The Orisha are the deities of the Lucomi.   Their gods are different in that they have two separate houses. The Supreme house which holds their original Orisha, the ones created by Odu himself. All the elemental orisha, creation and other central deities are in this category.   The lower house, The Ascended house, are all Orisha that were once human. Unlike most deities, Lucomi of exceptional skill, honor, bravery or intelligence are sometimes gifted by @Odu and undergo a sacred rite to ascend to an Orisha. While not as powerful as ones from the Supreme House, Ascended Orisha are still far more powerful than the average human. Their domains are always extensions of the quality that brought them to godhood.

The Orisha have a very loose command structure that descends from Odu ~Father of Creation and dives into houses.

Orisha that we're created by Odu himself. This includes the Mother of all, Lokun ~ The Mother of Life and their offspring.

Orisha that started as normal humans and then were blessed by Odu through their actions and deeds. 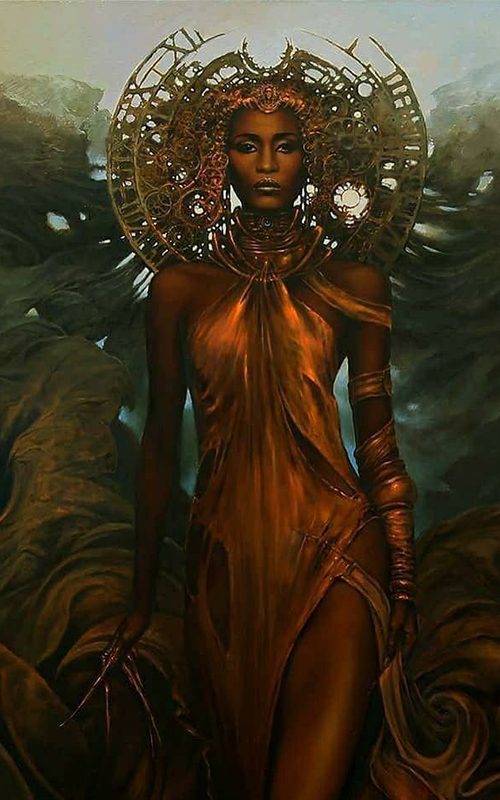 -50
The Divinity and the Orisha are no friends to each other. While history has shown the two godly factions to have minimal contact, the differing practices continue to lead to strife when they do meet.
The Orisha