Children of the Land


The Lucomi are said to have been born from their Divine Entity, Odu ~Father of Creation.

The tale passed down over the eons is that the great father grew tired of his journey's through the cosmos. He had reached the time where he longed for more. Eventually, his travels brought him to a new planet ripe with opportunities and fertile material.

Their holy city, Efai was lost to them eons ago. As a right of passage to adulthood, every Lucomi ventures from their lands in the southern Outskirts to connect with Odu. Those that survive the trails come back with a tiny piece of knowledge to help the Lucomi find their home.

The Orisha Nation of Lucomi 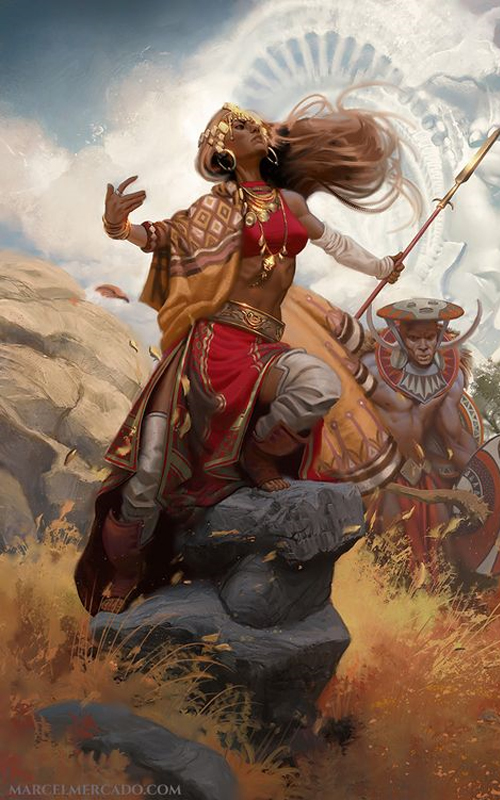 With the Lucomi I wanted to go for more of an "earth" based group of humans. I borrowed heavily from the Yoruba myths and traditions. Once you start reading about them you realize how many of their customs have drifted around the world. What was interesting to me the most is the strong sense of family and cohesiveness in their tales. I felt that would work perfectly for a powerful race who doesn't want to conquer, they just want to find their way home. -BD