Death is but Overhead

While the world has many places that can be a hazard, they are still inhabitable by humans and most life. That is except for the two places that are considered so hostile to human life that they are called Danger Zones. One of them is the remote western area simply known as The Canopy.

Capping off the western edge of the Northern Hemisphere, the land earned its name from its neighbor, Grimnest. If you were to enter through the rocky pass that separates Grimnest from The Canopy, you would be immediately greeted with the sight of impossibly tall mountains. They reach so high that the peaks cannot even be seen as they appear to pierce the cloud canopy above them.


Don't let the view fool you, something lives above those clouds. I don't know what it is, Beneath Us, I don't think ANYONE knows what it is. But if you go to find out, you won't come back to tell us.
— Local advice from a Grimm

Something about the area has seemed to trapped a perpetual ring of clouds that hang over the numerous mountains that fill the land. The sight would be beautiful if it wasn’t for the danger. No one knows for certain what it is, but some sort of predator stalks the mountains. People who go to The Canopy, be it for glory or rare resources, never return.

Elder Grimm will tell stories of dark shadows above the clouds. And that when it appears over someone in The Canopy, their fate is sealed. Creatures unknown rule the cloudy lands, and it remains one of the few places where no one goes. 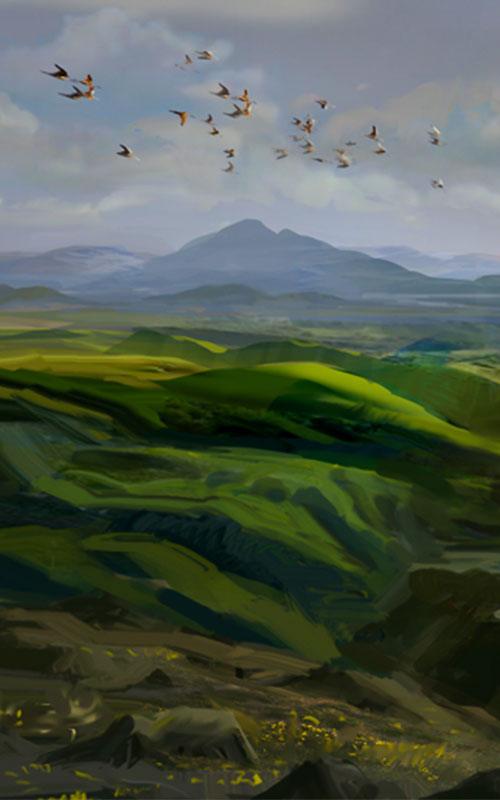 Cover image: Above the Clouds by Isaac Yeram Kim

An effect of the second son, the mountains stretch up to the clouds and pierce through. = sun? ;)   Can't wait to hear what makes it strange (besides two suns, which is pretty rad)

Another stub. Updates to come in the future to tell about what's above the canopy ;)

I'm anxious to find out what's up there :P