The Groundbreaking Device that Changed Technology


The Latimer Drive revolutionized the way Azurean was used across Tikor , its advention opened up a new realm of possibilities.

The Latimer Drive is named after its namesake inventor, Lyano Latimer, a quiet man who had lofty ambitions of improving the world as it was known. Latimer hailed from the cozy southeastern Garuda town of Granville. The Latimer family has been known throughout the centuries as skilled Forgewhispers, humans who infuse magic with metalworking, bringing customers far and wide to have custom orders filled. Young Lyano was trained in the same way his three older brothers and younger sister were trained. But with the young genius, he wasn't content to just replicate the work others had done for over millennia. However, during his coming of age rite, it was discovered Lyano had the Cobalt Gene. Like most newly discovered Crystal Priests in Garuda, Lyano was sent to The Independent Freeland of Teslan to train. While studying on the remote island, Latimer became fascinated with the possibilities of combining azurean-molding and forgewhispering.

Latimer was a gifted student and finished the apprentice training in just under a year. However, instead of heading back to Garuda , he decided to stay in Teslan for another four years, exploring the many theories left behind by his predecessors. The entire facility was alerted to his newfound research one quiet night as an explosion rocked the building. The now accomplished Crystal Priest had finally realized his dream. He had discovered a method of fusing liquid Azurean into metals via the process of Forgewhispering. Up until this point in history, the potent liquid fuel could only be contained in special made canisters and used a pure fuel. Latimer, however, had discovered a process that bonded the blue fuel directly into metal objects. This allowed for miniaturization of azure devices and even the application of equipment that didn't need an additional Azurean tank.     Contains the energy of etherforce from a user into the device

Invention allowed Azurean to be coupled with machinery. The breakthrough tech that would lead to Sand Skiffs and Riksaws (front wheel bike where the front tire is larger ). With the Latimer Drive, a whole host of ordinary equipment could become powered. This meant powered farm equipment that helped increase the yield of crops. Powered water purification in Vinyata to powered tree cutters in Garuda, the tech changed lives from shore to shore.

Did not agree with how his research was handled before he died. Latimer grew increasing despondent as weapon-based Azurean research continued. It had never been his goal to be an arms producer. When he had envisioned his Drive late one night in his dormitory, he never imagined it mutating into a tool for murder. So while many of his colleagues found rejoice in the embrace of his technology, Latimer only felt quiet horror.

Small drives can be reproduced by a Forgewhisper, and then charged by Crystal Priest or a Spellbinder. Latimer tried to design his drive so that it wouldn't take another Crystal Priest/Forgewhisper combo, as he knew how rare his own talent was. Large, industrial sized ones are made in Garuda, Vinyata , and Prime . While their cost is prohibitive, the quality of it ensures they stand the test of time.

As the genius had feared, his ideas and plans were eventually used in the production of weapons. One of his greatest fears was his technology being used to take other lives. While Latimer himself wasn't a pacifist, he had no real love of wars and violence. Spending years devoting himself to a craft of creation had given the innovator perspective. Eventually, he would retire from design as his drives became increasingly popular, and abused. 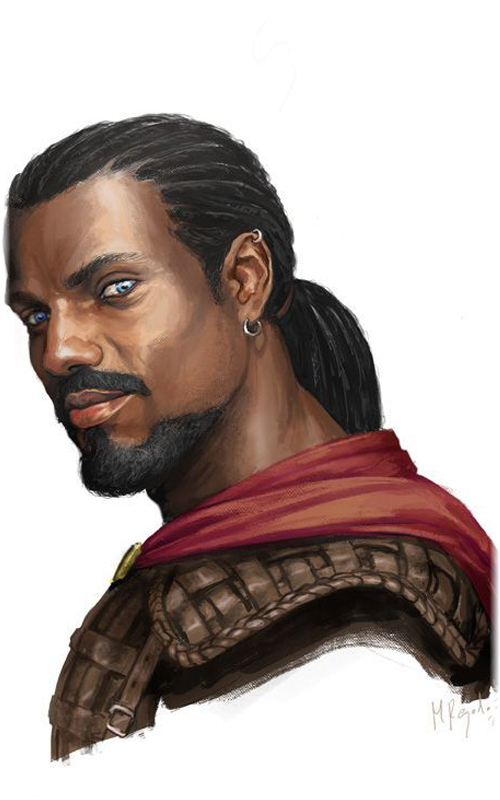 Inventor(s)
Lyano Latimer
Access & Availability
Different levels of Latimer devices, based on size/power needed.
Complexity
While simple in concept, the detail and skill it takes to weave Azurean while whispering is immense. Only a handful of Crystal Priests are capable of doing so.
Discovery
His curiosity was caught between his family's legacy and his genetic ability. His attempts to merge the two led to the Latimer Drive
Related Items

This was a lot to read, but I have to say, I really enjoyed all of it. You're very detailed, and I like that. This makes me interested in the rest of the world!

Thanks! I hope I'm able to maintain your interest!

Great article as usual. I like the detail you put into the history of the drive. However, the legacy section seems a bit odd as is. I'd suggest changing the order so that is comes after the "Weapons of Abuse" section. Otherwise some context is missing. Besides, on a minor note, the first sentence of the Legacy section seems incomplete.

Very nice article. I love your CSS theme too. The orange links are so pleasant, because they stand out well. I felt like I was missing a bit of context on what the Cobalt Gene is, as there was no link or tooltip or context provided. But the character you presented was well put together. The legacy section is sad but relatable.

I think this is the page that really got that feel of magic and sci-fi melded together for me, not just a world that happens to have both.