The concept of melding Etherforce in the Mortal coil


Through the circle of the etherforce and the divine, humans have devised ways to tap into these energies.

Ether in us All

On Tikor everything is connected to a power. Something greater than themselves. From the time they are born they feel a tiny pull from the center of their spirit. As anything alive starts to grows older, it begins to understand what that spiritual tug truly is. A connection to the essence that runs life itself, Etherforce. Nothing can live, or be alive, without a line of Etherforce coursing through them. The immaterial cosmic fuel runs through the planet Tikor and thus any of its inhabitants. Tikor was built on the cosmic river of Etherforce itself, which is why the world teems with enchanted and mystical life. It's rare for something on Tikor to not be connected to the Etherforce.

While Ether runs through every living thing on Tikor, its much like a force of nature. In its natural form, it can't be contained by conventional methods. Much like a human can not catch the wind with their bare hands, neither can you do the same with Ether. However, with the help of the right tool, one can create something that can catch the wind. The system of Hekan is the same concept. Hekan is not an actual force or energy. It's the name for the complex and often unexplainable system of manipulating one's internal Ether. Or with skill and practice, the Etherforce of another. Hekan is the application of Ether or Etherforce into tangible effects. On Tikor there is great power to be had in turning immaterial into the material.

It's far easier to separate living beings based on their Hekan control than it is by another metric. A properly executed Hekan is a great equalizer. And humans have been humbled more than once by the animal kingdom for forgetting this fact.
— A common Garuda saying

While Hekan is the application of Ether or Etherforce, humans themselves only contain the passive form, Ether. This means that the effects themselves generally only apply the user. However, the effects are swift since the user is both the subject and target. There is a grave downside though, using your own Ether means burning your lifeforce. Running it low results in wooziness and loss of consciousness. Depleting your Ether completely is a death sentence. For this reason, Hekan generally revolves around the manipulation of Ether from other sources. The divine entities around Tikor act as an access gate to a greater power. Etherforce.

Deities interact with the Etherforce differently than humans or the animal kingdom. While mortals have a natural pool of Ether, deities are deeply connected to the Etherforce. If the Etherforce is a river of pure energy than humans have a pot of water by the side of the river. While the gods swim in it and can dive to its very bottom. They never have to worry about exhausting their Ether pool because they access the source itself. It's through that connection that almost all Hekan utilize. Channeling energy from deities to themselves to perform feats far outside their natural ability. It was this discovery that has allowed the art of Hekan to grow into what it is now.

From Tikor to the Shadows

Deities are not the only source of Ether, however. Other forces of nature are capable of acting as conduits as well. Animal Gods, Spirits and for some, even nature itself. The question is always, is the exchange willingly? If it is willingly then the options are only as limited as the user's skill, and the depth of the conduit's connection to the Etherforce. Over the years, even more exotic sources have been mastered such as the Shadow Realm. The sky is limit when it comes to Hekan. While many find this glorious, a single thought always lurks. What about the more malicious elements of Tikor? Do you dark tap into those? And have others already?

While there are various sources of Ether, the actual mechanics of Hekan breaks down into three types or paths. Divination, Spirit Possession, and Invocation. This represents the three basic ways you utilize Hekan. The way its taught in most schools is simple to understand. Think of Etherforce as a River and Ether as the Water. Divination is sticking your head in the river, Spirit Possession is laying in the river and letting it wash over you. And Invocation is like sipping the river water and squirting it from your mouth. Within those types, there are a wide range of disciplines and studies that show the nuance of Hekan.

Divination is the most widespread of the paths due partially to how much easier it is on the body. Since the user is touching the Etherforce in an almost topical way, it has far fewer drawbacks than the other two paths. Most cultures teach some variation of Divination first. It lets the user find there feet in a safer environment. The most common uses of Divination are for reading fortunes and auras. A profession known as Diviner. Its the sheer number of Diviners that also buoys the number of Divination users. Rarely has there been a time when mortals didn't want to know their potential fate.

The path of Spirit Possession is the tricky path. This path involves invoking spirits as a conduit. Usually in the service of the spirit itself. The level of control the spirit has dramatically changes the outcome of the possession. A Spirit Medium represents a balanced possession and is the most basic profession of Spirit Possession. A Medium allows the spirit to have some basic control over there body such as voice and hands. But the Medium is still fully in control. Some go deeper, letting the spirit have total control. And others only open up enough to hear the voice of the spirit and that's it.

The third path is the most flashy and often the one that gains the adulation of people the most. It also is the hardest path to master and the ramifications can be deadly. Invocation is letting the Etherforce enter your very being and use it to produce feats that defy the laws of the world. Invocation is breaking the rules of body and nature. Two things which don't always appreciate being broken. Invokers make up the bulk of Invocation users, allowing them to perform temporary body enhances or influence things around them. The most known Invocation profession is the Celestial Shields. Their bold and dramatic use of Invocation shows how far the rules can be broken when the river is at your fingertips.

There is one other way to perform Hekan. A path that no one will openly talk about. A path left out of every book and oral tradition. The path of Corruption. To tap into the malicious parts of Tikor. For most its as devious as connecting with a malicious spirit and turning to a life of crime. Rumors, however, say that some humans willing call out to Xavian. Tapping into his foul energy. Others say its The Wretched Ones that the disturbed drift toward. Tikor has no shortage of creatures in the dark, willing to act as conduit...for a price.

A shimmer can be seen by those of keen eye. 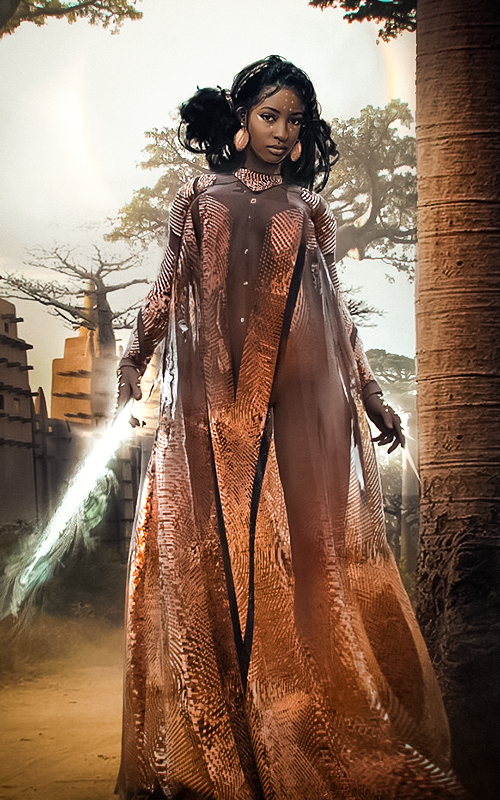 The two forces of Ether seem interchangeable, and the young and old often do. However, there is one easy way to remember it. Air is to Ether as The wind is to Etherforce. It's air when its still and around you. The air is calm. It's something that is generally said indoors. The wind though is active. It's a FORCE.

Discovery 6000 D.W
Famous in the Field Kalali of the East
Lupita Oromo
Yamoja

Hekan users who channel spirits through them, giving them a voice once more.

Hekan user's who specialize in using Etherforce to cause physical effects.

The Hekan art of holding onto a spirits forces. Allowing the user to temporarily merge with the spirit.

I've enjoyed reading this, though, I have a few questions; 1: Is there a way to use Hekan to craft items? I love crafting, the act of creating in a fictional world has always had a special allure. It comes from the fact that I like my characters to leave a legacy. 2: Is there any mechanical or story precedent to find a new way of accessing Ether? (more of that legacy stuff) 3: Does the Ether ever manifest naturally in non organic materials?