The Scholarly Sculptors of TIkor


Humans who have the special ability to hold Azurean for extended periods of time. As well as the ability to mold and shape it.

The genetic mutation that allows humans to harness Azurean is a curious one, unlike any other on Tikor . For starters, the mutated gene is not actually active until after the individual goes through puberty. Once activated as part of the growing process, it doesn't actually have an effect yet. The gene only fully awakens by being exposed to Azurean. Without the presence of the blue crystal, the mutation is completely benign, leaving the affected completely oblivious. Once awakened, Cobalt Mutation can be easily spotted by the telltale blue marks that appear all over the individual's hands. The strange blue markings were initially believed to be caused by longtime exposure due to Azurean mining.

The mutation fully awakening is just the first step toward fully realizing one's potential. The ability to mold Azurean is not something that a young priest naturally figures out how to do. It's a process that takes time, patience, and copious amounts of practice. For this reason, all Crystal Priests must train extensively in the use of their abilities. While this is partially for the purposes of mastering their abilities, untrained crystal manipulators are a danger to themselves and the ones around them. The blue spots that appear on the hands of fledgling Crystal Priest act as a buffer and amplifier for the Azureans radiation pulses. Through discipline, Crystal Priests learn how to use this buff and amp effect to force the energy back on the crystal. This feedback causes the Azurean's state to fluctuate, allowing the user to mold the crystal as if it was in a gelatinous state.

While the abilities that stem from the Cobalt Gene are immense, it doesn't come without drawbacks. Once an individual fully awakens the mutation, it's not always available at the user's discretion. At the beginning of awakening the ability, it will sometimes activate at will or simply does not deactivate at all. Something as simple as turning on an azure powered light can be deadly if the azure inside the drive fluctuates and explodes. Without proper training, the ability to interact with anything remotely azure powered can be dangerous, if not fatal. These "azure feedbacks", as they're referred to, are the primary reason why most Crystal Priest are sent to The Independent Freeland of Teslan. Due to this, over 80% of the crystal priest on Tikor, excluding Hawklore , study on the Island of Teslan.

The ability to mold Azurean is not only coveted but in some circles, revered. If Azurean is indeed the essence of Ishvana, does it not make those chosen wielders sacred? Prophets at the very least? That's the thinking in much of Tikor when it comes to how the priest should be seen. While most mutations like this would be met with harsh criticism at best, this one was useful enough for it to be rarely seen as a curse. A town or nation's ability to find and entice a Crystal Priest is almost its greatest qualities. Crystal Priests are extremely sought after by nations and cities. With their abilities often being game-changing for small and developing cities, the top Crystal Priests are treated like royalty. They're treated almost like clergy in the Northern Hemisphere of Tikor and divine craftsman to the Southern Hemisphere of Tikor .

The first human to actually harness the mutation was a man named Xan'dar Teslan. Born on The Isle , Xan'dar was a child azurean miner and discovered his ability entirely by accident. On a routine dig day, things went south when a support beam at the underground mine collapsed. Xan'dar and 5 other young miners were trapped down below with piles of raw Azurean piled high around them. As days passed with no rescue and supplies exhausted, young Xan'dar grew desperate and sacrificed himself by grabbing handfuls of the crystal to make a path. After they all had escaped he realized he wasn't dying from exposure, and so the young miner began exploring what that meant. He would later move to a remote island on the Divide that eventually would bare his name, studying the secrets his own body had locked away.

After a Crystal Priest has finished their training, they will often go back to their country of origin to offer their services. Most outsiders think this is actually a rule the school has established, but in reality, the priest is able to decide whether to return home, stay or go freelance. All three choices are allowed and accepted as the school is there to teach, not control. Depending on the depth of their abilities and aptitude, a person can spend between 2 to 6 years learning the basics. This is often enough for most Priest as some, having never chosen this life, are more than eager to get back to their old lives. Some, however, stay to explore the hidden depths of their genetic quirk.

Crystal Priest, through luck and human necessity, remains one of the most central and prestigious professions on Tikor. 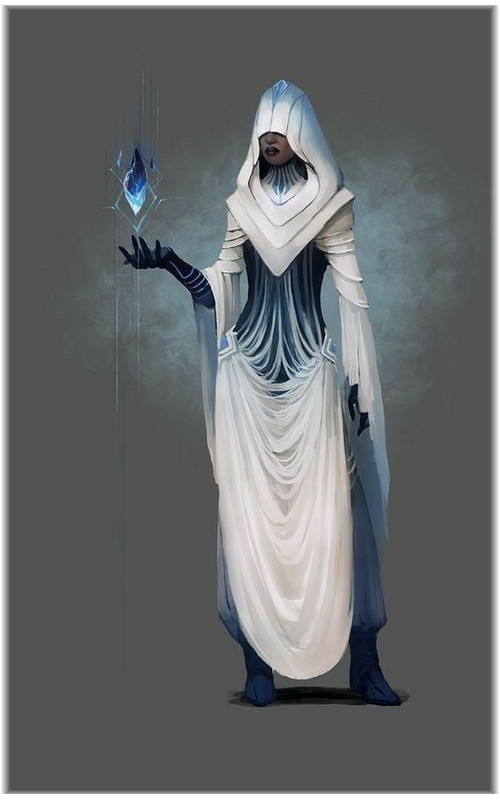 Guild of Mysteries by Exellero

The Crystal's Speak, We Merely Listen

A group of tattooed protectors. Primarily serve as bodyguards for Crystal Priests

The Independent Freeland of Teslan

The educational institute dedicated to the understanding of the Hekan Arts

Qualifications: A Crystal Priest can only be nationally recognized if they go to Teslan for schooling, or apprentice with a certified Crystal Priest.


Legality : Very few laws exist around the usage of Crystal Priest. Their ability to craft Azurean into something usable is too valuable to be restricted. Given that a bulk of Crystal Priest end up working for their home nation, they tend to abide by the local laws.


Payment: Crystal Priests are paid well and in a variety of different ways. Some patrons/nations may pay in currency or trade. A free Crystal Priest is allowed to set his prices for his services. Most only do contracts through authorized dealers. 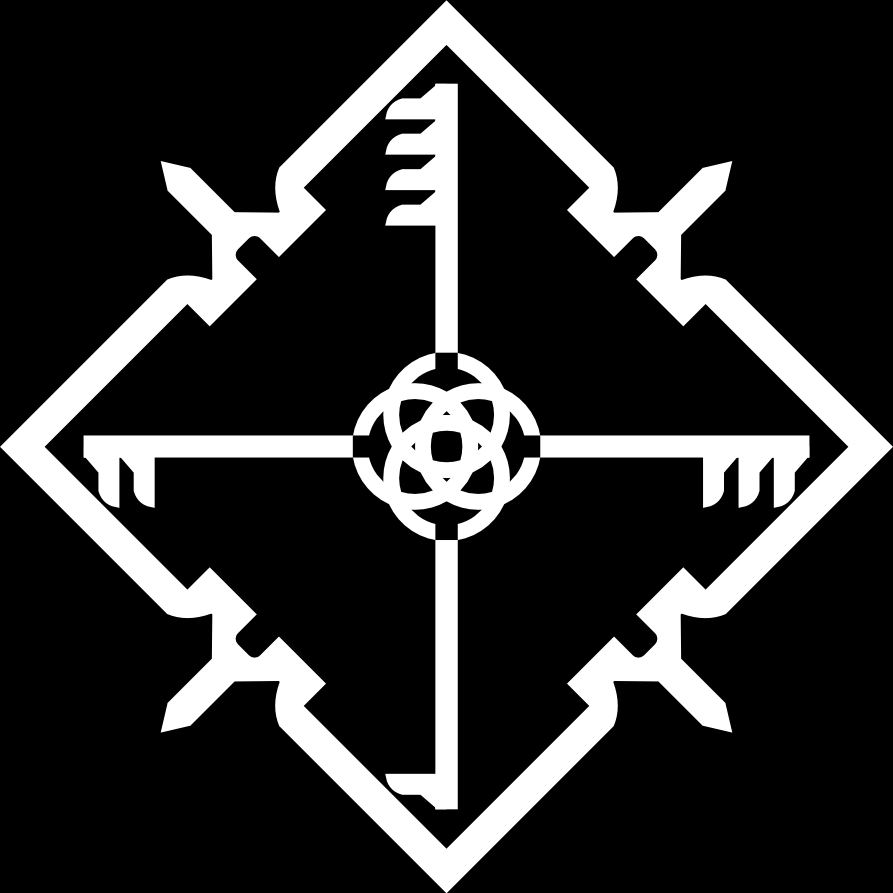 I just want to throw it out there that my tired-state misread words several times in favour of "Crystal Pepsi."   Good article though! Very interesting and descriptive!

I liked reading this, it's very well written. I very much enjoyed finding out that these Crystal Priests aren't restricted in their ability, though I do have to ask, the azure feedback that occurs, is it violent only to the Crystal Priest or also to anyone who is nearby?

Both, it can depend on the circumstance. If it sets off an explosion than everyone is in trouble!

Excellent layouting as always. I'm getting both jealous and inspired by your ability to create professional, tidy layouts for your articles. :)

Why thank you very much! 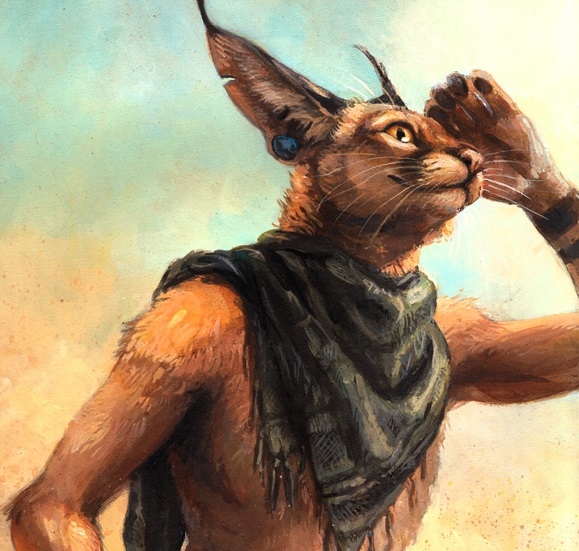 I'm really admiring you. I'll have to work 10 times more to reach that level of description on my upcoming articles xD   Would like to write a loooong comment, but the only thing coming right now is : wow. I'll follow you and will read more about your world soon because it looks NEAT !

Thanks, I really appreciate that! I hope you like everything you read!

That was indeed quite an interesting read, even from the first sentence though it made me wonder - What happens to those that are not able to yield the Azurean if they try to do so?   In terms of writing. I have to admit that I am super thankful for the short, clean and well put in two columns sentences. You are an ally of all people with Dyslexia   Beautiful artwork and well suited

I'm glad you like the layout sir! My goal is that people always WANT to read the whole page, and not just skim.   From the Azurean article:   "Pure raw azurean emits a steady short-range burst of radiation. When exposed to it for long periods of time it is extremely fatal. The long pulses of radiation from the crystal begin to eat away at the user's very DNA. Handling for longer than a few minutes can cause various illnesses from hyper tumors, aggressive cancer, severe dementia. The rate of immediate death drastically increases after hitting the 10-minute mark. "

Lovely artwork and a good use of the template. Detailed as well !. Keep up the good work !

Thank you! This is only just the first pass, lots more to this profession and the workings of the society!