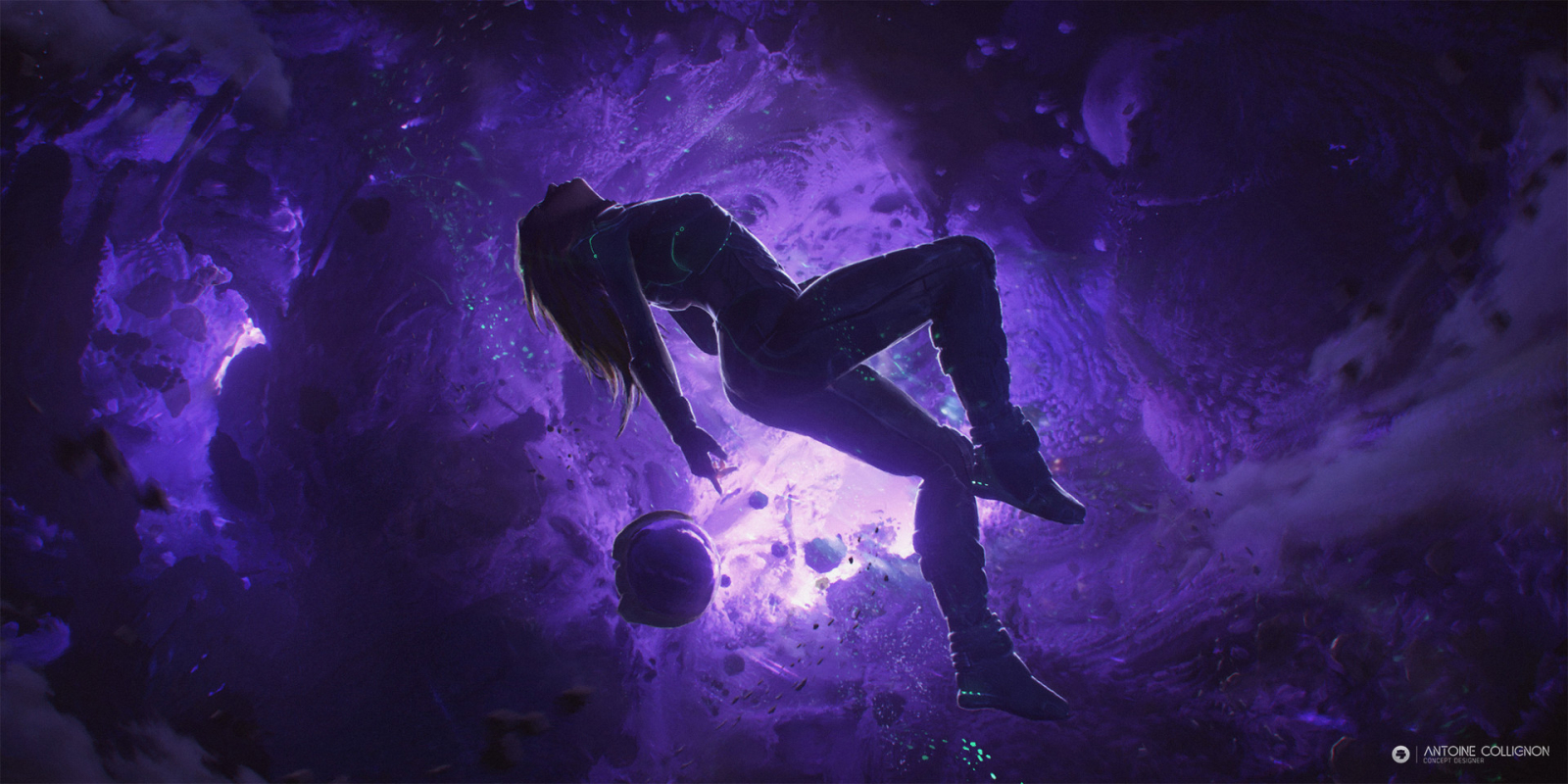 A kinetic force bolt to your chest, a lightning strike in your face—that’s what the Biotic brings to the table in combat. And he does so much more. He manipulates and channels Element Zero, or rather the energy of that element.   Element Zero can be manipulated in several different ways, allowing for different types of Biotics.   Biotics is the ability of some lifeforms to create effect fields using Element Zero nodules embedded in body tissues. Biotics can knock enemies over from a distance, lift them into the air, generate gravitational vortices to tear obstacles or enemies apart, or create protective barriers.   All Nymphea are naturally biotic from birth, though not all choose to develop their abilities. Biotics of other species are individuals who were exposed to dust-form element zero, or colloquially, "eezo", in utero and subsequently developed eezo nodules throughout their nervous systems. These nodules can generate mass effect fields when energized by electrical impulses from the brain.   Eezo exposure is by no means guaranteed to result in biotic ability. On the contrary, most fetuses that are exposed are not affected at all. Others will develop brain tumors or other horrific physical complications. In humans, only about one in ten eezo-exposed infants will develop biotic talents strong and stable enough to merit training, and these abilities are not always permanent. In extremely rare cases, humans who were exposed in utero but did not manifest biotic talents as children can develop them during young adulthood through additional exposure.

Note that an archetype may provide your background, but doesn't have to do so. Archetypes are meant as sets of skills that match a particular type, not to enforce a special background or character concept.   The descriptions for these archetypes are just the most stereotypical versions of it. There are many facettes and variations to each archetype, playbook and background that we could never cover in a single article. So it is important to understand that a Crosser with e.g. the Soldier background might have served in the military as a Soldier, but that is not a necessity. It might just as well be the case that he has been a Crosser all his life and just possesses a particular set of skills that most closely resembles the soldier archetype.

Despite public fears and a massive presence in modern ECHOnet media, Biotics are incredibly rare, especially born biotics. Only about 2% of the galactic population manifest biotic powers within themselves, and only 5% of them actually experience the ability to control and actively use those powers (meaning roughly 0,1% of the galactic population). Considering that e.g. all Nymphea fall into this calculation, whether they actually develop their abilities or not, this means that actual Biotics, especially among other Species, are even rarer (about 0,03%, or roughly 1 in three thousand).   The wealthiest people can implant themselves with potential or enhance their own. Any mega corp knows how useful biotics can be, even if most of them can barely read the most prevalent thoughts of a person's mind, or barely lift a coin out of their hand, because some people can wield awesome power. So generally the ruling class recruits them as soldiers and employees, while the majority of the population sees them as freaks and fears them for their mysterious powers.   The strongest biotics can create massive searing fireballs, freeze people solid with just a handshake, learn anyone's deepest most repressed secrets, and even stop bullets.

The use of Biotics is heavily monitored by the corporations, and the mundane populace doesn't trust them either. Many are afraid of the mystical abilities a biotic holds and thus many of them are forced to work in the shadows. The sheer existence of their powers can lead to many problems emerging throughout their lives and it is not uncommon for them to fall into drug addiction, debts or binding contracts.   Many biotics throughout their career make powerful enemies, that at some point will eventually come to hunt them down, and for that moment, a biotic needs to have a solid team to back him up.

Note that the example background for any archetype and playbook are just that, examples. Many Crossers never had a life before the shadows while some other did. These example focus on the Crossers that had a life as SINers before they went to work in the shadows.   But your character might have just as well worked in the shadows for the majority of his life. Maybe he even was the son/daughter of some other Crossers, or maybe it was his only choice of survival and making some money. Maybe he was a troubled youth and got into business with the wrong people and now needs to find a way to put his illicit skills to use.

Most Specie aren't natural biotics, so the characters abilities need to come from somewhere. Whether they were exposed to Element Zero in uterus, developed their powers later on or got them through the use of implants. It all comes with its own stories and challenges.

Very few Species are naturally able to use their biotic potential and of those Species, like the Nymphea, only a certain percentage actually trains its abilities to become a real biotic. Those that do are greatly revered in their cultures, but also have to face great challenges on their way. Much is expected from them and not everyone can live with this pressure. Many either break under the expectations that are placed upon them, while even more never make it to the end of their training. Those who fall often end up in the Shadows, developing their abilities away from the prying eyes of their culture and its strict ethics.

The most common form of biotics are those that have been exposed to Element Zero while in uterus. This can either happen voluntarily at the wish of the parents (which is not allowed in many corporate worlds) or by accident, since many things in the modern world are powered by Element Zero. This is very dangerous, both to the unborn child, as well as to the mother. Many of these children die, the more lucky ones just neve show any signs of the treatment, living a normla life afterwards. But in some cases, the exposure to the element actually create biotic potential within the unborn child, enabling them to use tis potential once they are old enough to fully control their mental abilities. These childs are usually trained by strict mentors so they can learn how to use their powers properly.

Some of the children who got into contact with Element Zero never actually manifested any powers and live a normal life, until a certain point. This point usually comes when they get exposed to a huge amount of Element Zero a second time throughout their lives, suddenly experiencing their newly developed powers. Usually contact with the element after birth has no effect on most species, but these children have already developed the tissue and nodules needed to enable their biotic powers, and the second exposure to the element was finally enough to activate them. For many people this is a disastrous change in their life. Suddenly they have to register as biotics, are placed under heavy restrictions and need to change up every aspect of their life. This often drives these people into the shadows, in an attempt to escape the regulations that the corporate world is trying to place upon them.

Some people just can't stand the though of being "mundane" in a world where mystical powers like Biotics and Resonance exist. These people undergo the crippling procedure of having a biotic resonator implanted into their bodies. This is a painful and dangerous operation, with many deaths during the procedure. The biotic powers gained from these implants are just a recreation of the natural control of other biotics, but for these individuals it is worth the risk. 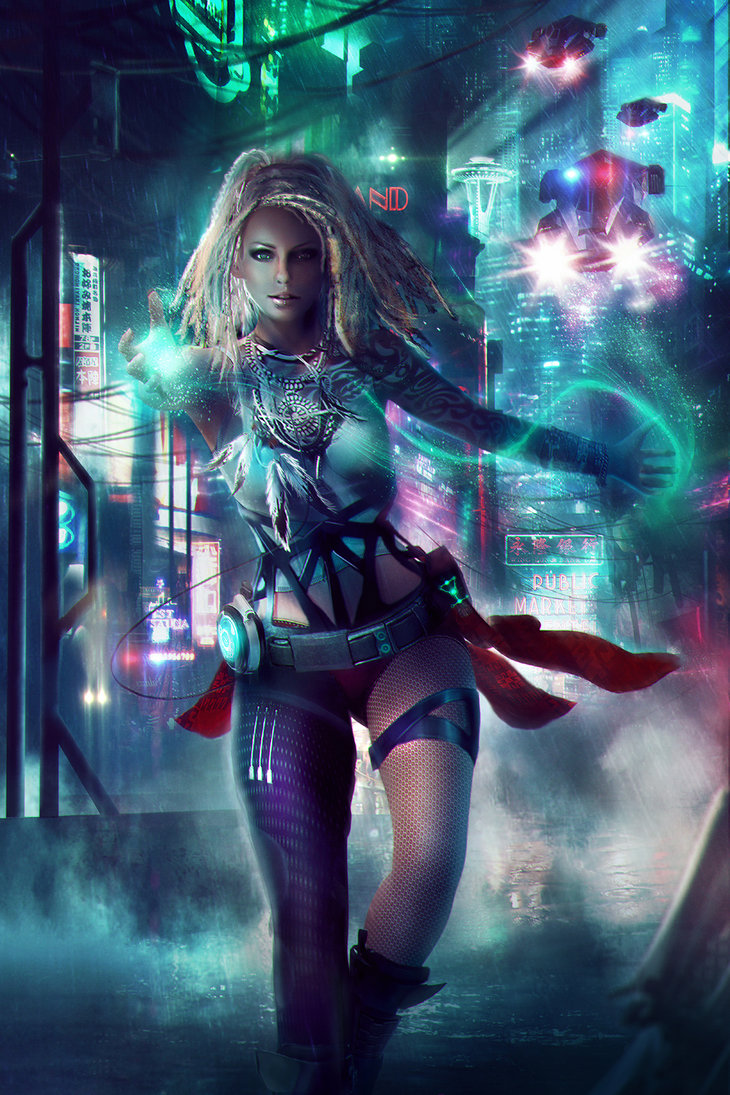 Rare Breed
Natural Biotics, especially Species, other than Nymphea, are incredibly rare. Only about 0,03%, or roughly 1 in three thousand, of the population are active Biotics.

Archetype Skills
The Biotic’s archetype skills are Deception, Discipline, Insight, Invocation, Memory, Pistols, Knowledge (Biotics). He receives a discount when he spends experience to purchase ranks in any of these skills.

Playbooks
Most Biotics adhere to one of the following Playbooks: 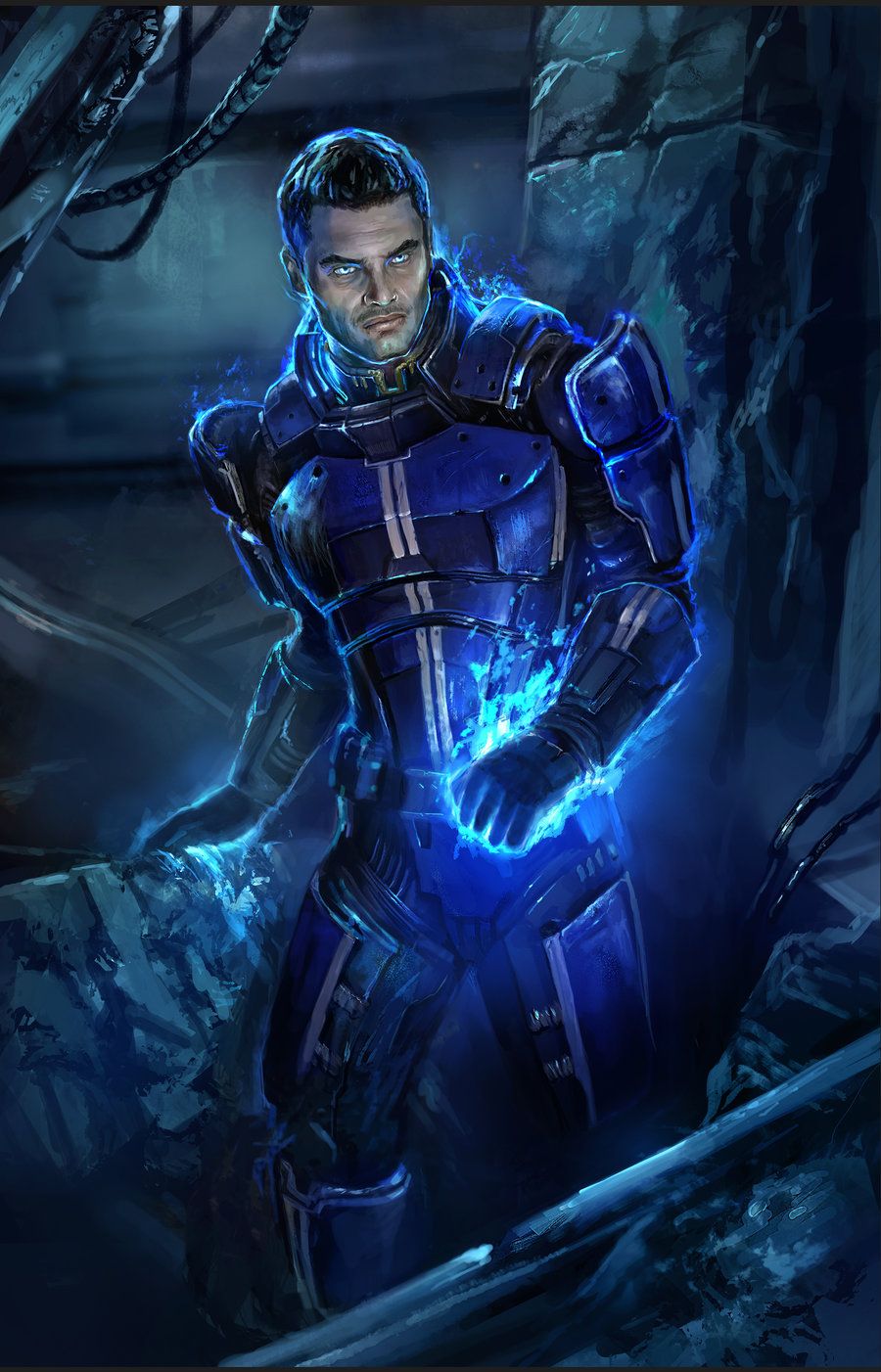