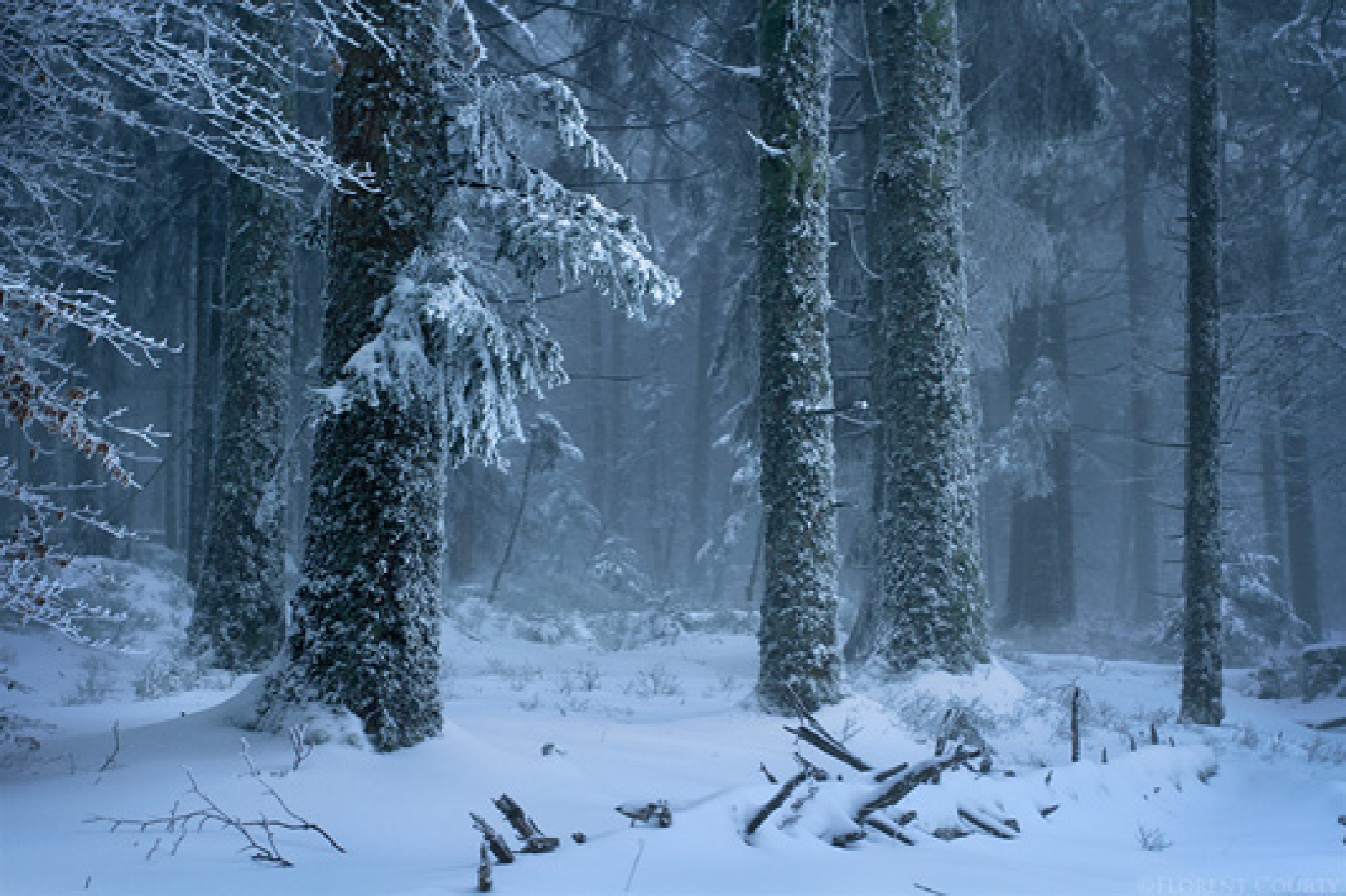 For the Kovast, Midwinter's night, or Vintlenuch has always been a day (and night) of familial gatherings and celebration, a time to come together to remember the bonds that bind the clans and share in the harvest of the year with a feast.   The head of the clan or head of household in a settlement hosts the celebration and the doors of their house are thrown open at dawn. Extra fires are lit to keep the house warm and to welcome all who arrive. The doors are only closed as the sun sets and the longest night of winter begins.   All family are offered, and set, a place at the table whether that is in their father's house or their clan chief's longhouse. All feuds, arguments, quarrels and disagreements are to be forgotten for one day, and even exiled family can step foot once more across the hearth to enjoy the hospitality provided. Traditionally the feast includes at least one of every type of animal (raised or hunted) that the land has to offer, with the most honoured guest or the head of the household receiving the heart of a stag or boar.   Even after their migration northwards into Graenlandir, the Vintlenuch feast has changed little. The Sladdigave - or Knocker's Gift - carried by those who arrive after the doors have been closed, is one addition due in part to the shorter nights in the more northerly Kronvandir. Another inclusion is that of the two Doorkeepers - their duty to stand outside of the longhouse through the festivities. They act as as both guards against unwanted forest visitors (wolves, bears and the like) and as stewards of the village, keeping fires lit in the hearths of each house throughout the night. A part of each Sladdigave brought to the celebration would be saved for this pair as thanks for their service.

Since the Fracture, a small number of villages located in the part of the great forest Larendalyth across the slow bend of the Orkapusten have suffered a reoccurring visitation of a savage Feybeast that they have renamed the festival to Vintlevern - literally "Winter's Harm" but more often referred to as the "Blood of Winter".

Every year we pray to whatever Gods we believe in that this year will be different, that the scraping of clawed feet won't be the first thing we hear through the darkness... that the rancid smell of bile and shit and blood won't waft in through the cracks on the cold gust of wind that strikes up as the last ray of hope-filled sunlight disappears to announce the longest night.

But it always comes. And then we wait to see who it takes.

For the villages that suffer the Vintlevern fate, the longest night is always the same. Families still band together in the strongest building, and those further afield hurry through the snow and ice to arrive before sundown, but no Sladdigave will open these doors once they are closed. All who arrive bring with them the traditional meats for the feast, still fresh from slaughter earlier that day, though all know not to touch them until the feast begins.
An hour before sundown, one Doorkeeper begins the grisly task of collecting the innards and entrails from the feast offerings, and with bloody sacks shouldered they step out into the dim last light as others gather the carcasses inside. They weave their way to the edge of their settlement, and then turn and walk the border of the village dragging their sack behind them to paint the ground in blood and viscera, with the occasional addition of a lump from within marking their progress.
The other Doorkeeper stands watch searching the still, frigid surrounds of forest for a pair of unmistakable sickly eyes. Once the malevolent red orbs are seen, the Doorkeeper draws his knife, slaughters the sheep or goat chained next to them and carves open their body to spill the viscera and blood to pool over the threshold, whilst he extracts the heart to leave by the corpse. Most, whether their partner has returned or not, turn and step back inside to relative sanctuary and safety of the longhouse. Some though have spared a moment to look at the approaching horror. They speak in hushed voices of blood laced claws perched at the ends of long distended fingers; others, after much ale, gaze into the flickering fires and babble about antlers made of human bones and a skeletal maw filled with pointed teeth. Others still go quiet, and force down the retching that the horror invoked in them. Once the Doorkeepers are within, the doors are slammed shut and solid beams pushed hastily into place. And then the waiting begins.   Families pull each other close as the winds start to whip themselves into a howling frenzied gale of rushing air, the harsh stench of the Beast and the pungent tang of blood and offal is now forced into the interior. People cover their mouths and noses trying to stop the hideous smell from penetrating their senses but to no avail. Then all at once the winds drop to nothing, and in the silence a slow erratic scraping of iron-like claws can be heard across the barred doorway, and the twinkle light of a sickly evil light pierces any cracks in the wood.   It is this moment where all who are within start glancing at one person then the next, an expectant sound awaited within the stillness. When it comes, family and friendships even titles or wealth mean naught. From behind the solid wooden beams comes an unearthly baying, a sound wrought the most frightened horse, a hunting wolf's growl, the primal anger of a mother bear and the rasping screams of a tortured man all combined. Through the long minutes, it continues unrelenting and ever present with never a breath drawn, until the moment where someone inside throws back their head draws air into their lungs with a slow grating sound and then utters that same unnatural shrieking, the discordant noises merging into one cacophony.   Those inside that are armed quickly interpose themselves between the villagers and the one now dubbed the "Feaster". As the unfortunate soul continues to cry out in a mix of anguish and rage their jaws distend and enlarge filling with wickedly sharp teeth. The armed folk then herd the Feaster, whose head is by now snapping frantically back and forth hungrily looking at the villagers within, towards the carcasses that had brought inside for this moment. Once the Feaster is close enough to smell the remains, they dive into forgetting all else as consume everything in front of them with the energy of their whole being. A wary quiet descends broken by the sounds of destructive gorging, the crunching of marrow-laden bones and the sharpening of blades on a whetstone. The Feaster will devour everything left for it; bone, blood and gristle, hoof, fur and brain. As it does, its stomach bloats and distends outwards, looking like that of a pregnant women despite what gender the Feaster may actually be. Still it eats and continues to expand defiantly ready to consume everything in front of it, though it should be noted that accounts have latterly shown this gross belly is no hindrance on its mobility or its capability to savage another. For now, the villagers within mutter silent prayers and murmured whispers as they know the night can now only end one of two ways.   Either the Feaster consumes all the offered remains before the light of dawn and turns still driven by the ravenous hunger within to attack those inside with them to be struck down and killed by the attendant warriors, or the feast provided is enough and as the first rays of dawn creep over the horizon the magic that corrupts and controls the Feaster wanes and they collapse exhausted to the floor where they are bound or chained until they are deemed to be themselves once more. Within minutes their face and jaw return to as it was before, and any sign that they have gorged until almost bursting disappear with the receding darkness.   As the sun rises, a thrice tolled knock of iron on wood signifies the Horror's assent to the feast, and with a unearthly silence it departs as if their malign presence had never been there.

In the decade after the first Vintlevern (before the word had been adopted), the folk of the villages that were struck by the Horror's visit tried to find reason behind it. Why us? Why our village, what did we do wrong? Why was that person turned into the Feaster, how had they sinned or what did they do wrong this year? The more questions were asked, the less reason could be found within the groped at answers. As more Winters passed the attitude towards Midwinter in these settlements changed. Granted the Night itself would always riddled with terror and uncertainty, but passing of Vintlevern was just another test in the passage of season of winter. If they worked hard to provide enough for the Feast, they would survive and endure for another year. It has bred an even deeper stoic pragmatism and sense of frugality into the already hardy Kovast people of these villages.

Those that undergo the corrupting transformation into a Feaster but have the fortune to survive the ordeal become placed into a burdened position with Krovandir society. Once Vintlevern has passed and they are released from their bonds, they are free to return to their home and life. Many though leave the village within days, finding the weight of the experience unsettling; it is hard to look a loved one in the eye when they have seen you consume a whole ten-point stag. Those that remain find prejudice; though no reason has been found as to why a person becomes a Feaster, they are viewed with at best suspicion, and at worse out right hostility. Mostly this comes from the grotesque nature of the night itself however given that about one in every seven or eight former Feasters seem to exhibit a new, almost precognitive view of their surroundings particularly with regards to natural locations, it can be seen how this unease arises.

That was pleasantly disturbing. I very much enjoyed The Feaster.

Many thanks, it is perhaps the only article of the last year I'm quite content with. I could add more, but it hits the tone and content I desired quite well.

Keep it as is, it's awesome