The modern grimoire is a status symbol among Wizards the world over. From Shanghai to New Tennessee, Wizards scramble for powerful books packed with the latest spellwork. Trendy grimoires determine fame, power, and your Top 100 Trendsetters rank on MadHat Magazine, the most widely-read fashion tabloid in the wizarding world, with offices in every major metropolis. According to Madhat, the days of soiled paperback monstrosities gathering dust in Great-Grandma's curio cabinets are over. The future is the modern grimoire: the latest and greatest in 22nd-century magitechology.

Ha ha, very funny. If you want to be a celebrity Wizard, you've gotta have more than a pretty face, babe. Scoot over. Check this, hon. A book? No, baby. This is the Necromanicon 3000, zero-point-one pounds of limited-edition chrome royalty, pre-programmed with the latest in anti-theft, anti-age, anti-counter magitechnology. Everyone who's anyone in the biz has something like her, although nothing beats this princess. Why the long face, babe? Aww, you thought you were a big shot. C'mon, baby. Off to the Emporium with you. I hope you're ready to put your momma's money where your mouth is, because your wallet's about to get glitched.   S-List Celebrity Wizard

Corporations sponsor internet celebrities to model grimoires on the streets of big cities like NNY and NLA. In the FSA, competition between corporate fandoms has led to the premier of the oh-so-popular reality show, Grimoire Girls, and its less-popular spinoff: Goblins and Grimoires. Popular media touts the grimoire as the symbol of modern Wizardry, and the second-hand market thrives on cheap grimoire-themed keychains, tote bags, and bangles. Fans of celebrity Wizards frequently purchase signed, nonmagical copies of their spell-slinging idol's signature grimoires, placing their sacred props beneath matching MadHat Magazine pillows and posters.   Forward-facing consumers style entire outfits on grimoires. Style critics often draw parallels between modern grimoires and the 21st-century purse, an essential accessory among Old World women. Of course, grimoires have the advantage of being gender-neutral, and unlike purses, grimoires have been the centerpieces of every modern Wizard's outfit since the dawn of the 22nd century.   The three Corps leading the revolution in wizarding fashion are GothCorp, StoryCorp, and FutureCorp. Shockingly, the goblin-run Closet Corp has also managed to produce a collection of high-end grimoires popular with a handful of niche, scrappy magical subcultures. 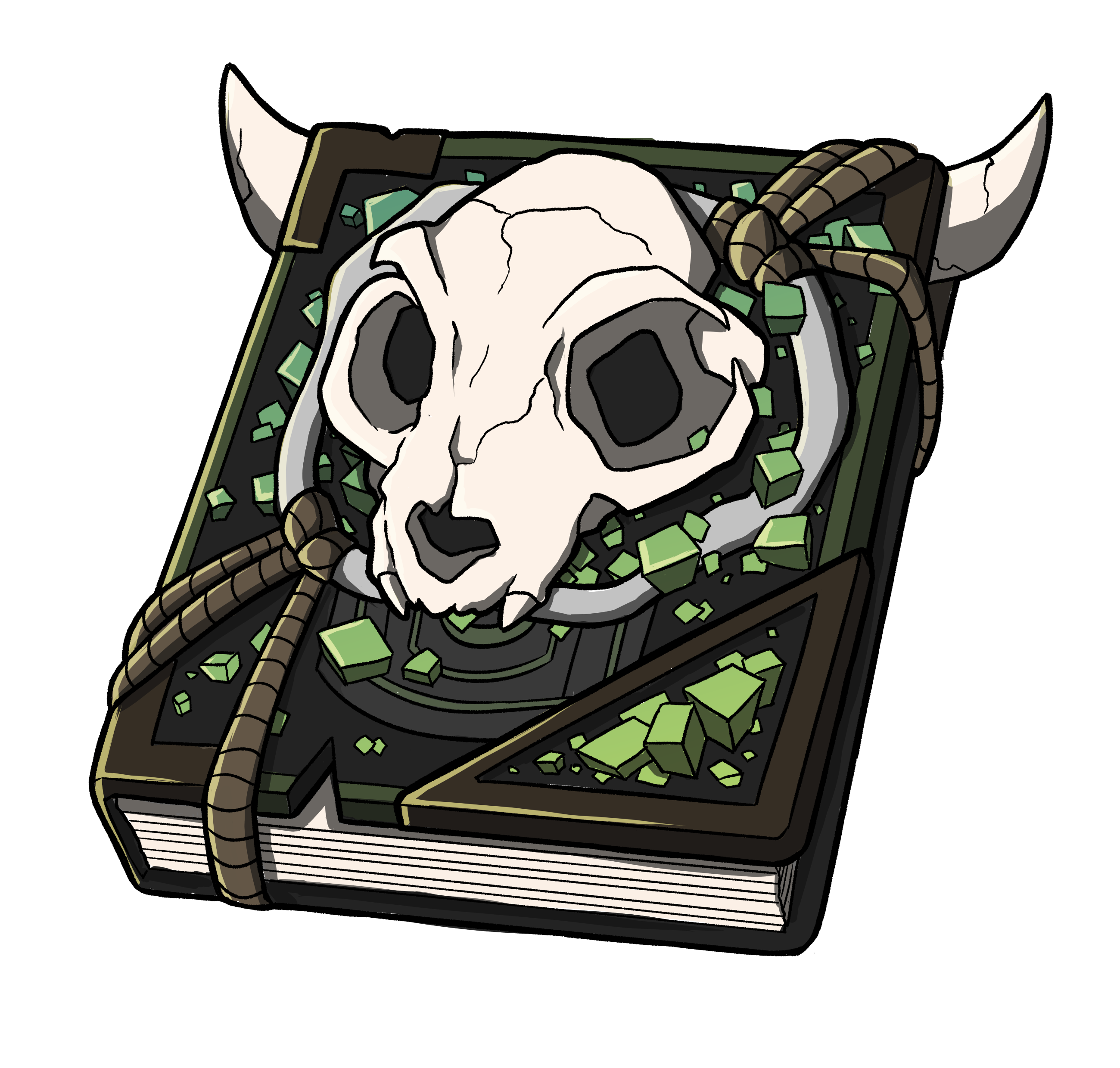 by Koslefreelance
Digital grimoires are all the rave amongst GothCorp fans, many of whom own compatible NecroGear, the latest in Alternate Reality soultech. Nothing says "dark" like a grumbling, undead grimoire that only exists in cyberspace (the coolest, edgiest of spaces). The Necromanicon 3000, which features a weightless design, automatic voice recording, and a sentient AND snarky AI companion, is 100% compatible with all soulbound Necro accounts. 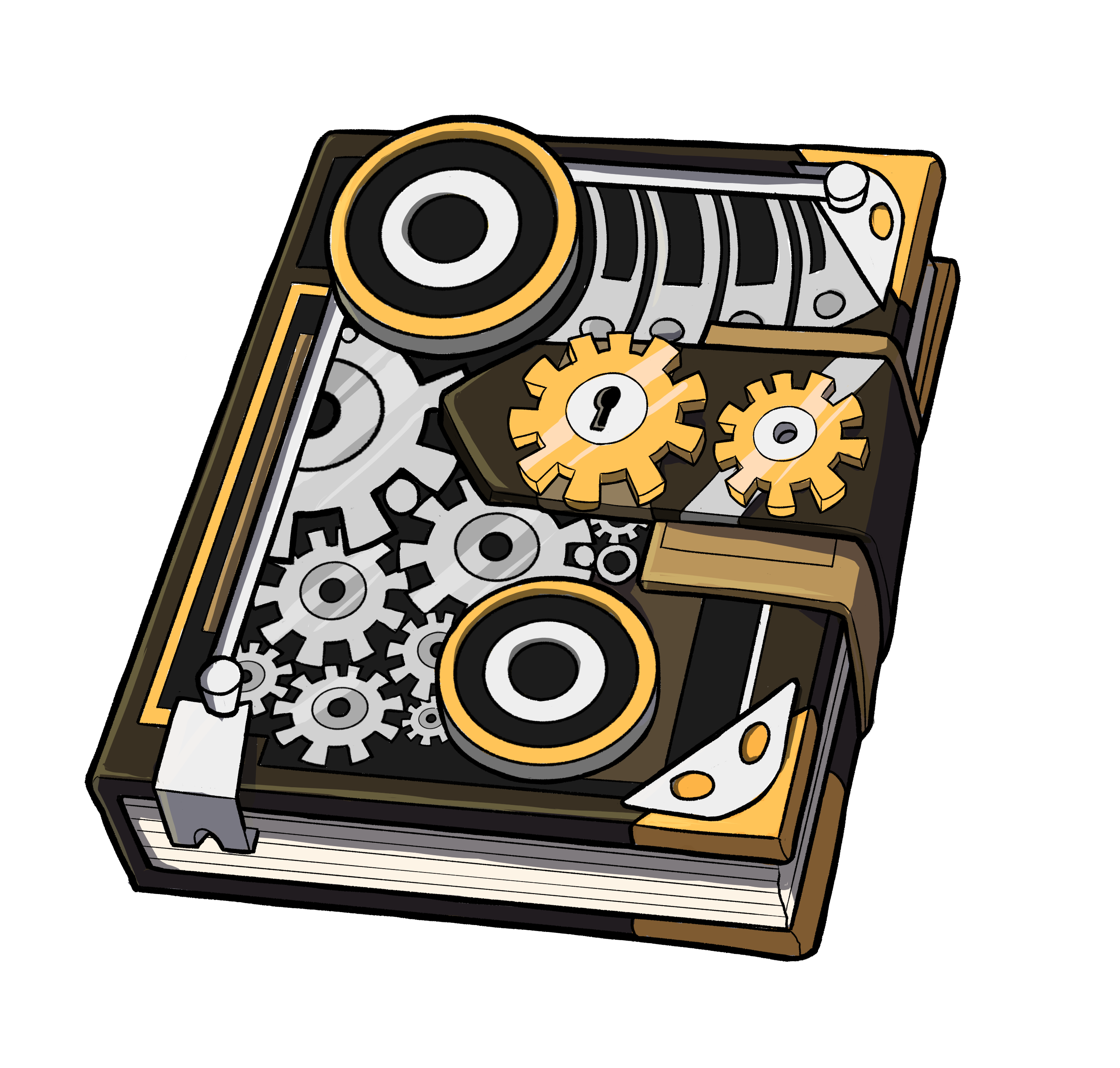 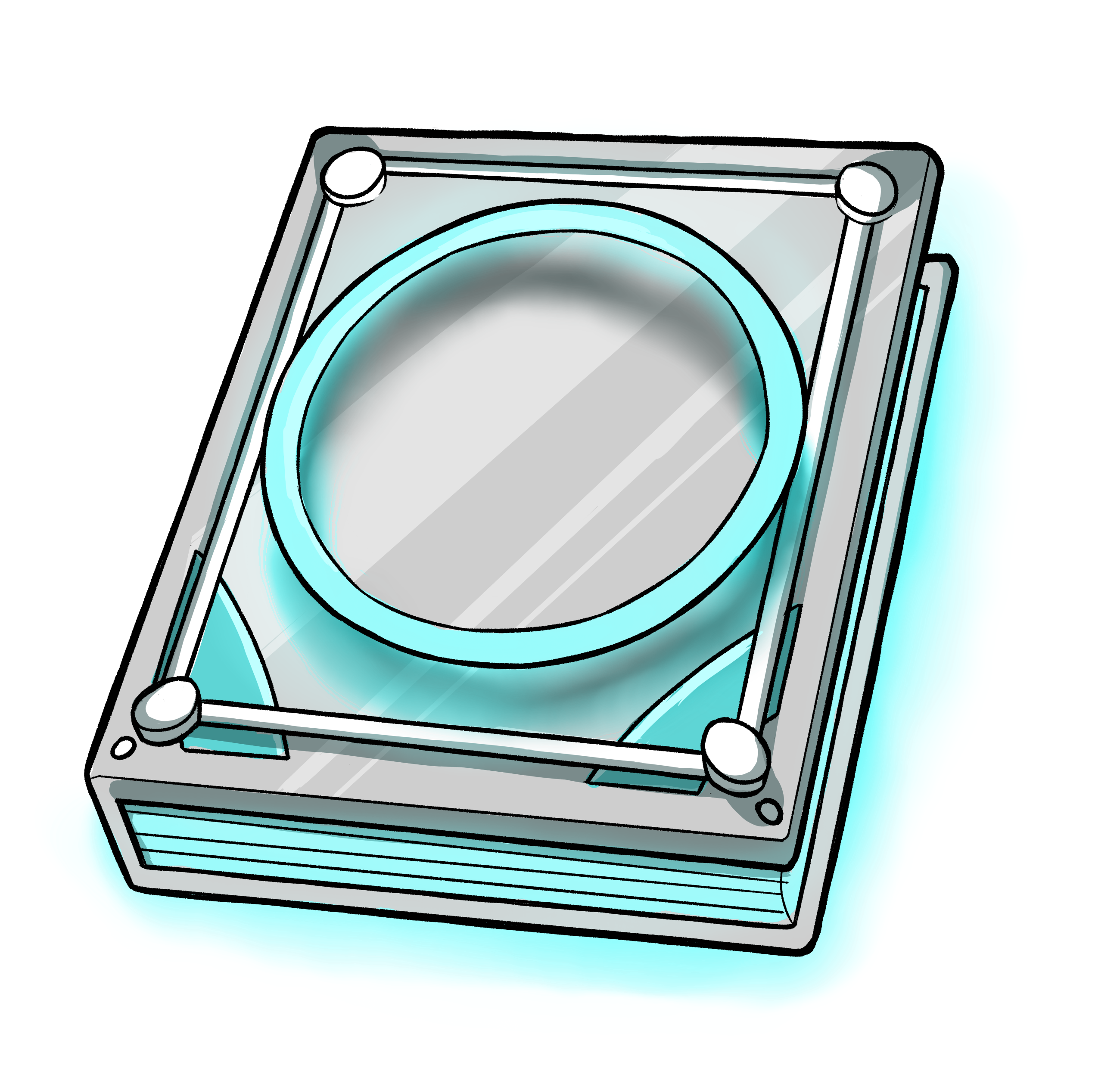 by Koslefreelance
Cybertech grimoires ooze sleek, modern charm. A 22nd-century twist on the idea of grimoires, the Scion 2121 is the latest in FutureCorp cybertechnology. Packing in at a hefty ten pounds, this grimoire uses antigrav tech to hover, track, and dodge moving targets. State-of-the-art cameras and holograms abandon old-fashioned text-based spellcasting in favor of recreating spells audiovisually. Bonus, the Scion line brings defensive halo magic to the table.

People Who Wear Them

Wizards, baby. If you're a Wizard, you wear grimoires. Latch em', strap em', however you attach them, you better keep 'em handy, you hear?

According to MadHat, the first Wizards were a scruffy bunch. Toss a few million randoms in a costume shop, spray everything with stickers, and voila! You've got your first embarrassing foray into wizarding fashion. Grimoires ranged from spiral notebooks to iPads. There was NO unifying style, NO set themes, and NO pizzazz! Just a bunch of lost murderhobos accidentally summoning monsters from Who Knows Where.   After Old Los Angeles exploded, the Wizards who helped pick up the pieces finally decided that they needed a uniform. Nobody liked a Wizard in those days, and Wizards had to depend on word of mouth to seem legitimate. Finally, some brilliant bozo came up with the idea of trucking around matching hats and grimoires: two highly visible parts of the Wizarding persona.   Since then, grimoires have evolved to become essential components of the professional Wizard's outfit. The average citizen would probably break down if he lost his personal AI assistant. The average Wizard would probably blow up a small city bus if she lost her trusty grimoire.

Disclaimer: Nobody bothers to read the fine print.

If your cute and fluffy grimoire summons homing missiles as a security feature, you best be prepared to pay the local government for property damage to the nearest nursery. More than one Wizard has broken their piggy bank in their quest to booby-trap their precious spellbook, and an appalling amount of lawyers have been summoned to defend their clients in the name of "collateral damage".   Major cities fine Wizards who use excessive spellwork on their belongings. The self-defense clause will only take the average Desolation Wizard so far in court.

Spellbooks are like Old World cellphones: once their time is up, they have a depressing tendency to sputter and die. No amount of mad tech or magical know-how will revive a grimoire that is well and truly past its prime. It is a conundrum that modern wizards denounce as one of the Great Tragedies of the age, and one that the money-hungry Corps are in no hurry to remedy.   Side-effects of dead spellbooks include reality glitches, spontaneous combustion, and gravitational corruption. Best to put down the old things and move on. As Merlin the Great once said, "Expired grimoires are like fireballs: once conjured, you chuck em' as far as you can and pray they don't bounce back." 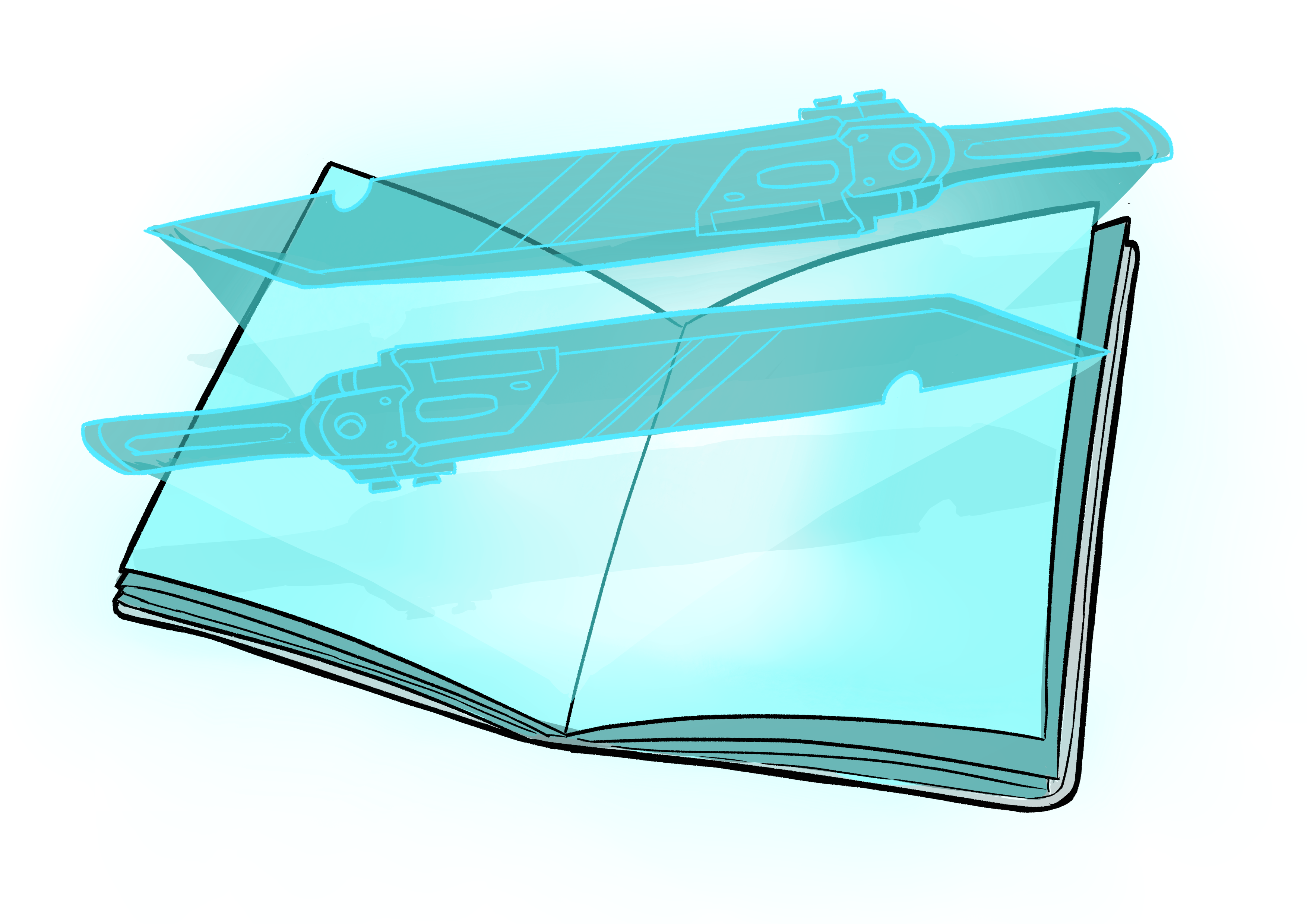 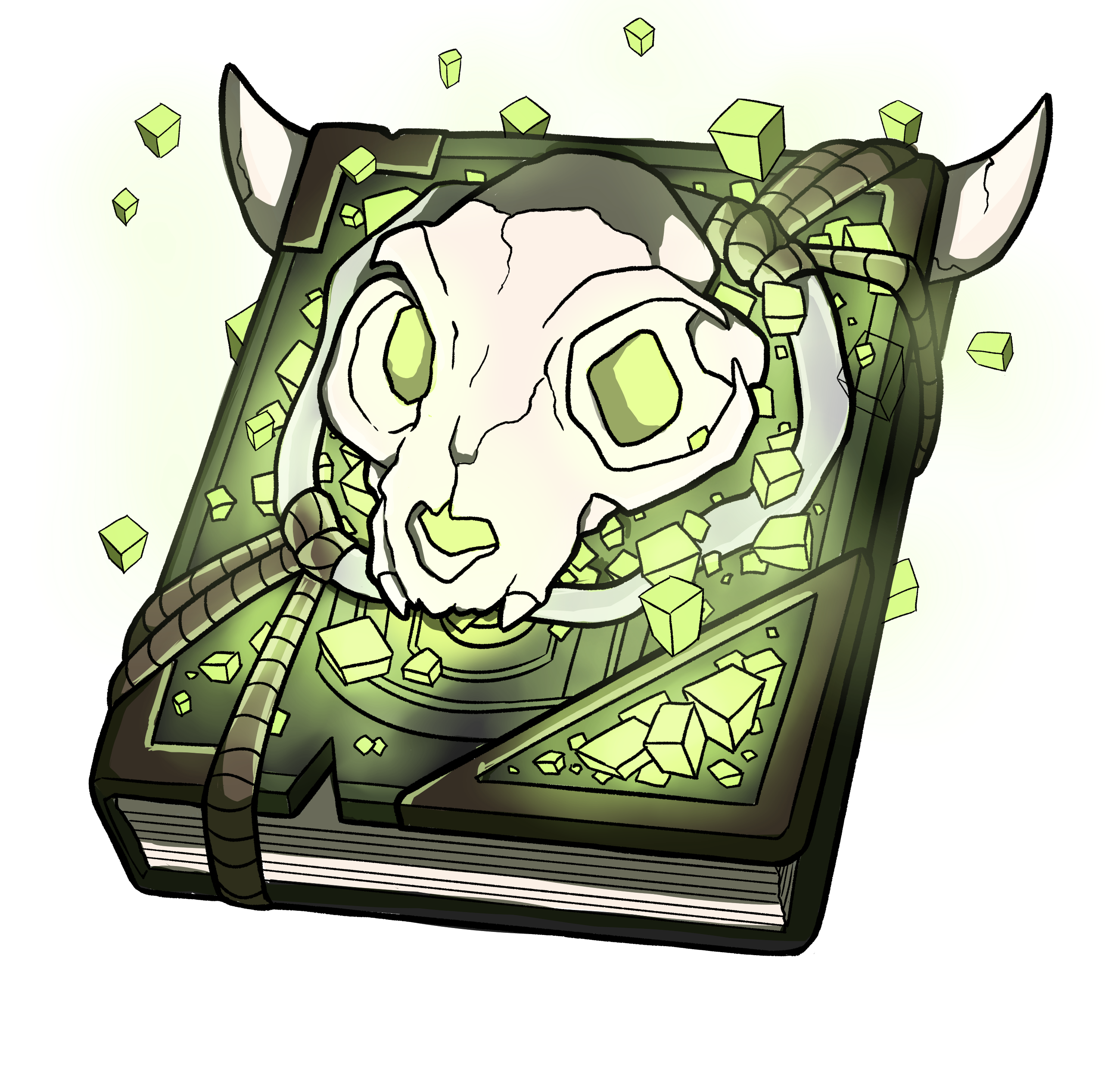 Like most metropolises in the Fractured States of America, New Los Angeles boasts its fair share of edgy subcultures. The Pixies are GothCorp fans who blend Old World emo trends with New World GothCorp technology, fusing black/neon apparel with heavy makeup and an obsession for black dirtbikes. They are known for riding their bikes down the middle of heavily trafficked roads, yelling, FLY PIXIES FLY, and trailing neon pixels. Their community website, flypixies.com, features a moody message board that bemoans the wave memes trailing their bike parades. Their founder, an anonymous person by the username PixKid, is allegedly the wizard responsible for the subculture's name and heavily pixelated publicity stunts. 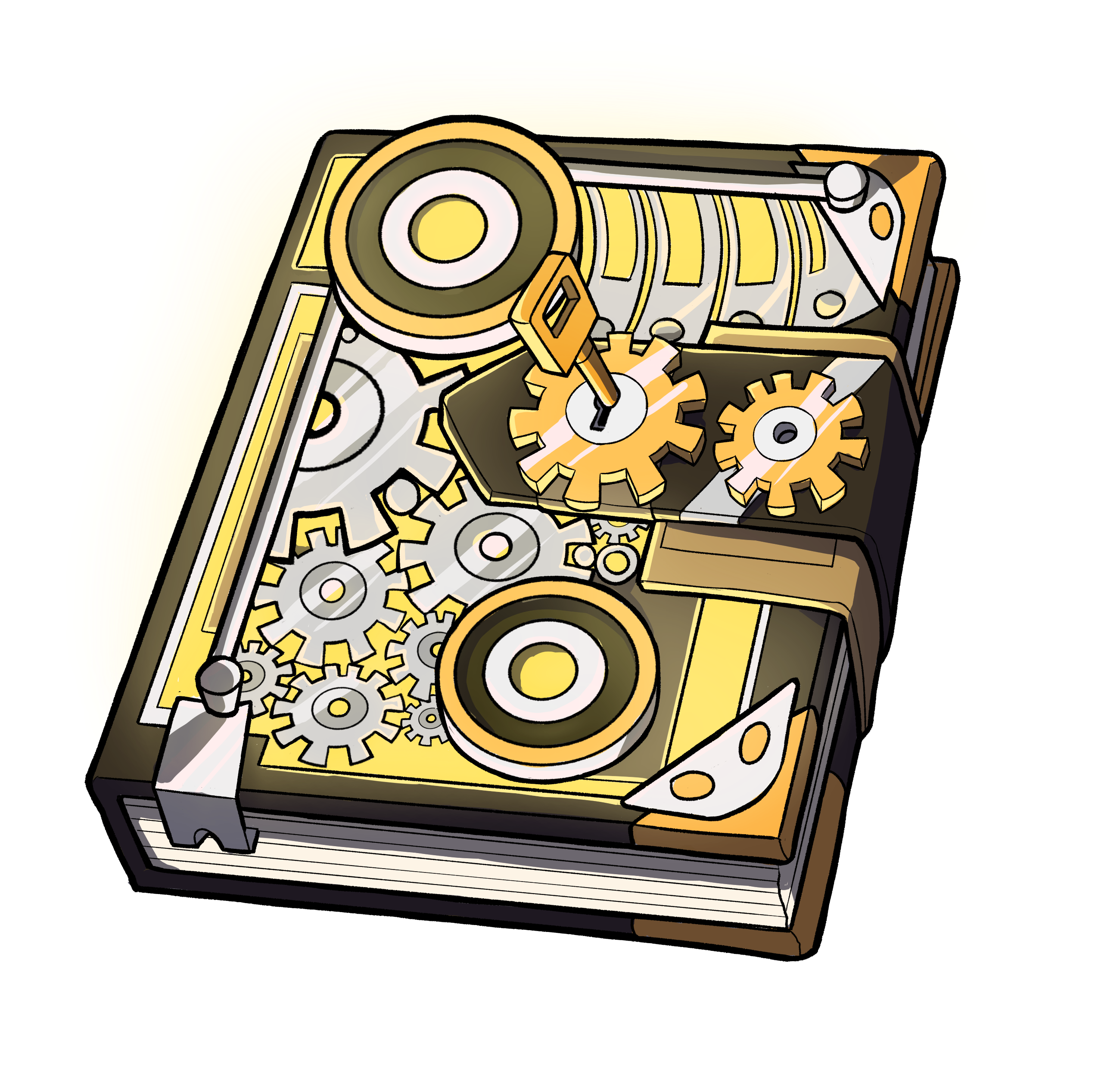 Worshippers of the Timekeepers Church often rally in support of StoryCorp products that advance the aesthetics of their faith. They have formed a partnership with the Little Corp via their Clockwork collection of grimoires, shipping custom timepieces to consumers who purchase the spellbooks. NLA citizens are familiar with the tactics of their local church, and more than a few have started "freebie collections" of limited-edition Church timepieces. It's a win-win: the Church enjoys the publicity and the public gets free stuff. At least one wizard, Maxwell Vane, has joined the Church following since visiting the Timekeepers Church workshop to repair his complimentary timepiece. 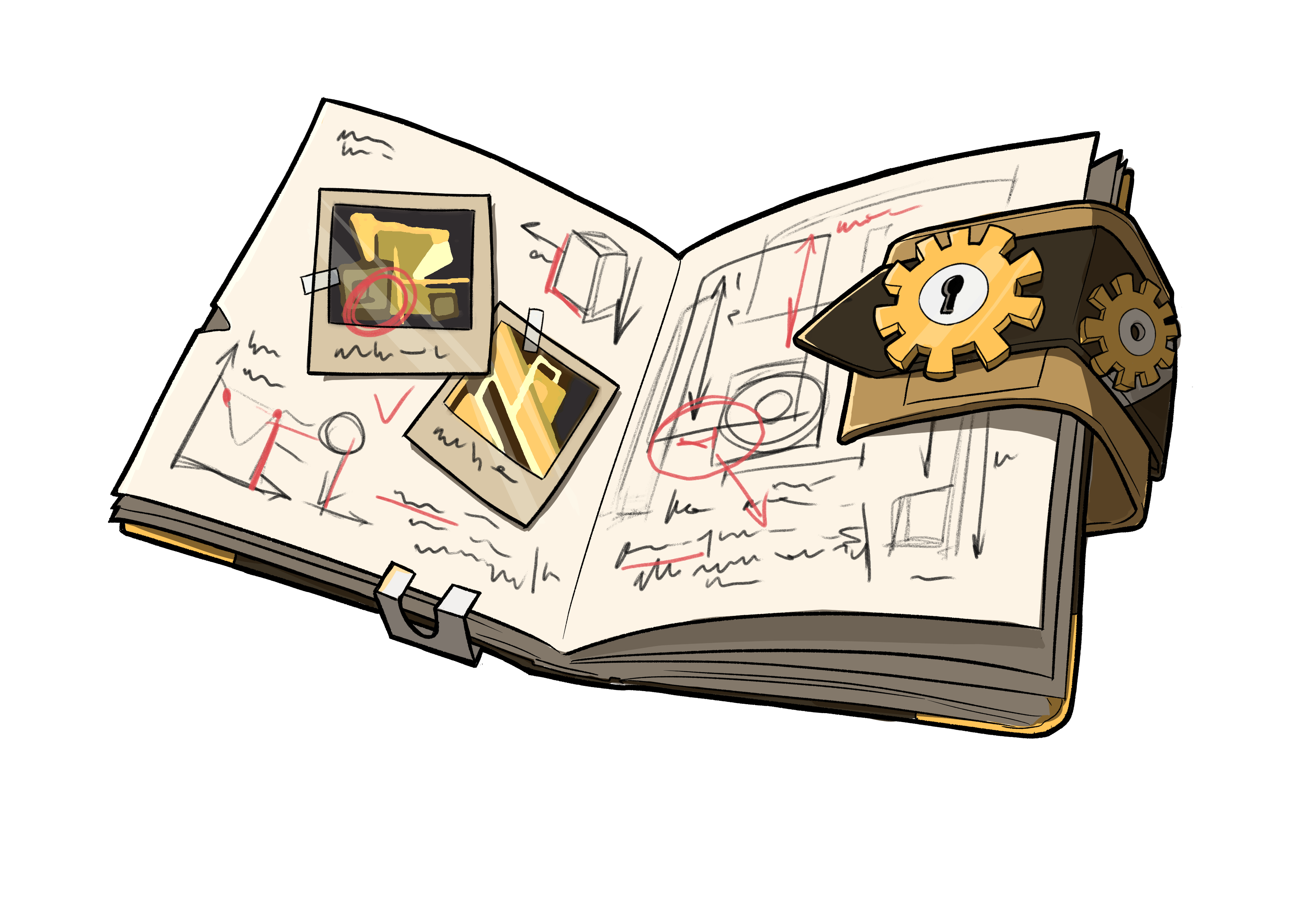 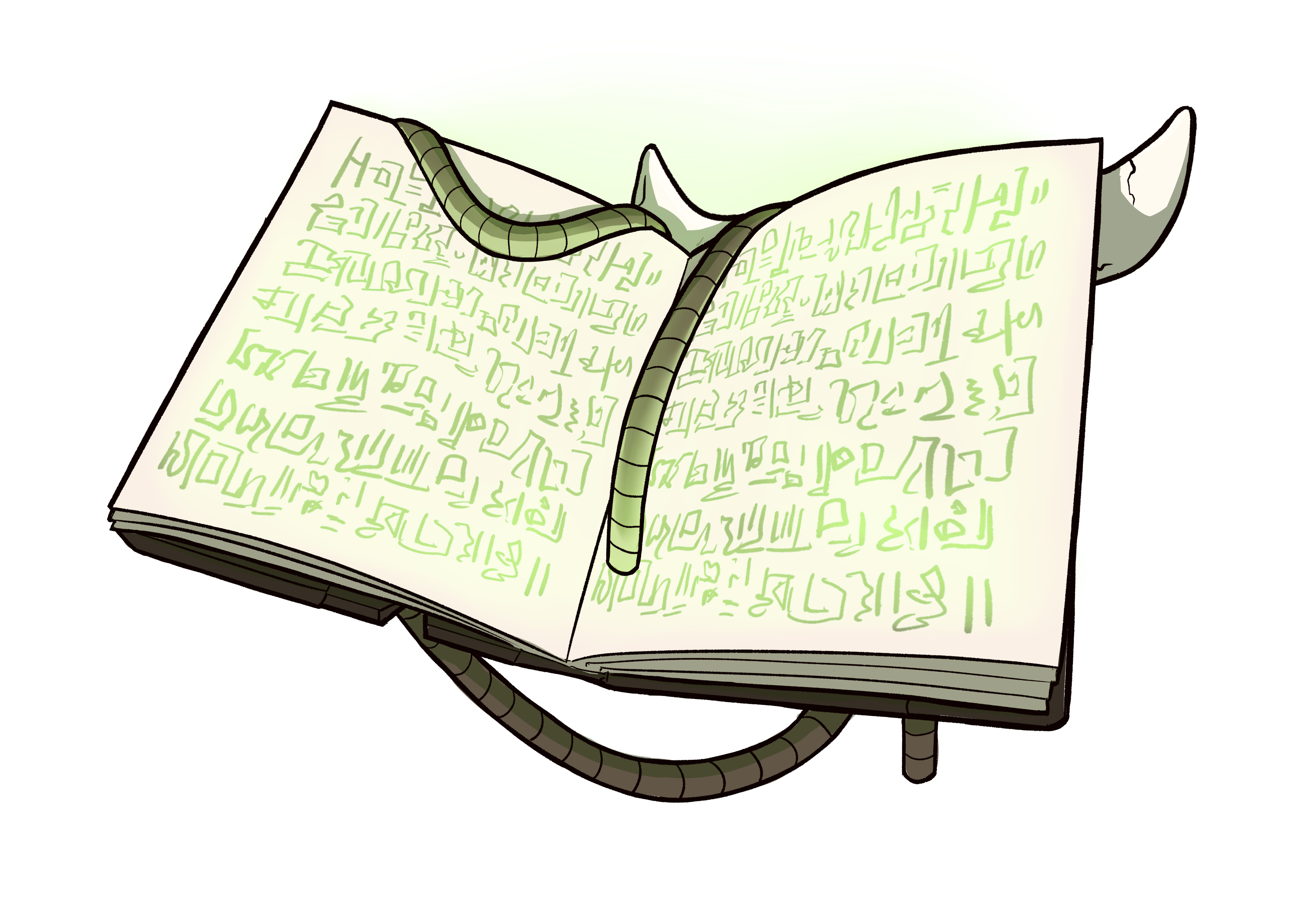 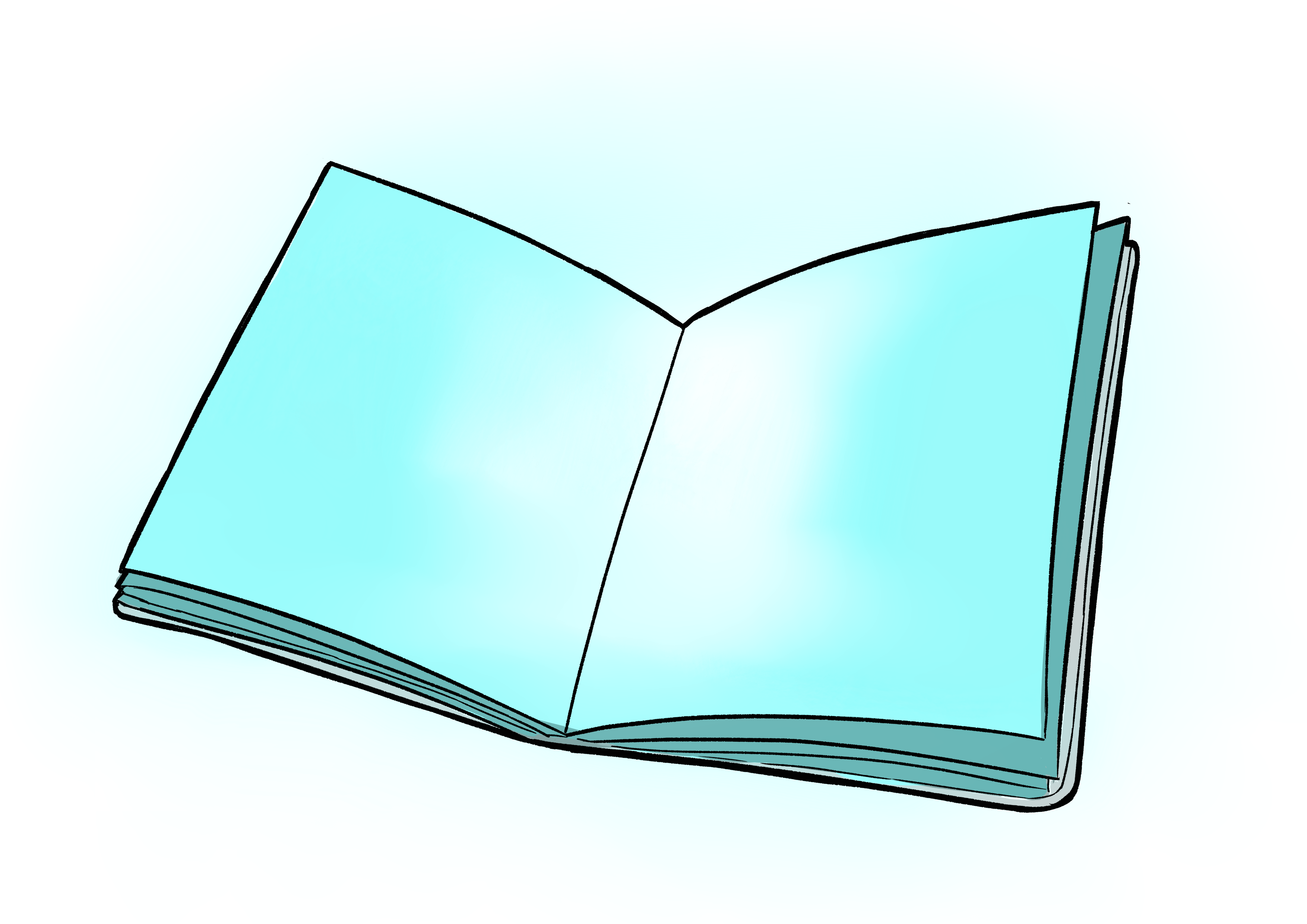 ... Grimoires with planned obsolescence... What hath science wrought.   Gorgeous article, and a nice presentation in the telling style! 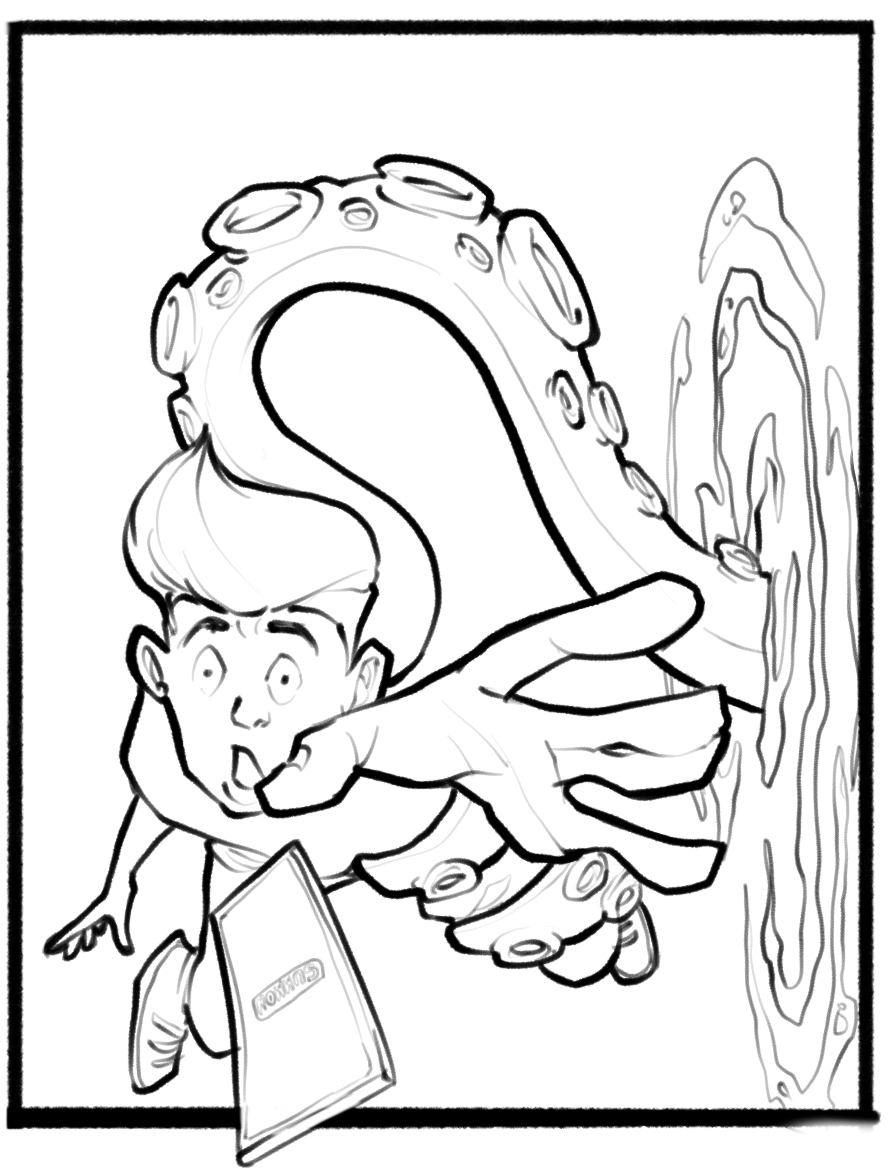 What hath science wrought, indeed. Thanks for the comp!

Oh great article with great concept! I love the idea of the grimoires being accessory items and fashion. It is nice how you used several images to show the different kinds. The quote at the start was also very fun and really seems like a sales pitch for magical stuff xp   "AND snarky AI companion, is 100% compatible with all soulbound Necro accounts." I think I want that one :p   Also fun how you thought of them as kind of cellphones that eventually die. They have a bit worse problems than cellphones though :p

Correct. Couldn't have said it better myself.

Councillor of the Inner Sanctum SoulLink

Very cool article! Funny, dystopian and some great art. Only downside that this is the only article in the world ...

Working on it! XD

This is a great article! I love the idea of grimoires as a fashion accessories XD And all the example of grimoire you're sharing just sounds amazing :D   I love the history of how the fashion has evolved and MadHat's judgement on previous wizards XD And those fine prints are just the best XD   Your article also looks very pretty, I love all those illustrations :D   So do nobody at all just use any random notebook to write down their magical notes even considering how terrible a fashion faux pas that is?

Considering many NLA folks don't give a flying saucer about what other people think, I imagine there are quite a few non-celeb Wizards who angrily scribble spells on napkins or somesuch. Retail favors the rich, and most city folk are only pretending to be.   Great question! Glad you appreciate MadHat XD

This is a very interesting take on the challenge. The artwork is very appealing, and I love that you've included so my types of grimoires. High-tech megacorps meet magic to create magitech - this seems like a very intriguing world!

Thanks for reading! I'm excited to publish articles on the Corps (-:

Nice work! In case you're wondering how long it took me to scroll down and throw a like at this, let me say that "Grimoire Girls" was where you had me. Keep writing!

Grimoire Girls! Grimoire Girls? Insert GIF of Rory and Lorelay chatting away   All (fangirl) jokes aside, that was a great article! And the art helped to bring the designs to mind. There seems to be a lot of thought put into these capitalistic grimoires. Their programmed obsolescence and the danger of booby-trapping your grimoire were my favourite parts.   The one thing that I didn't quite see fitting into the article is the "Online Subculture: Pixies" section. Interesting, but I am not too sure how it is relevant.   I also loved your writing style, you managed to make a funny, entertaining, and informative article all in one!

XD I've been caught.   I'll be taking another looksie at the Pixies bit. Thank you for your feedback! When it comes to editing my own articles, I need all the help I can get. (: